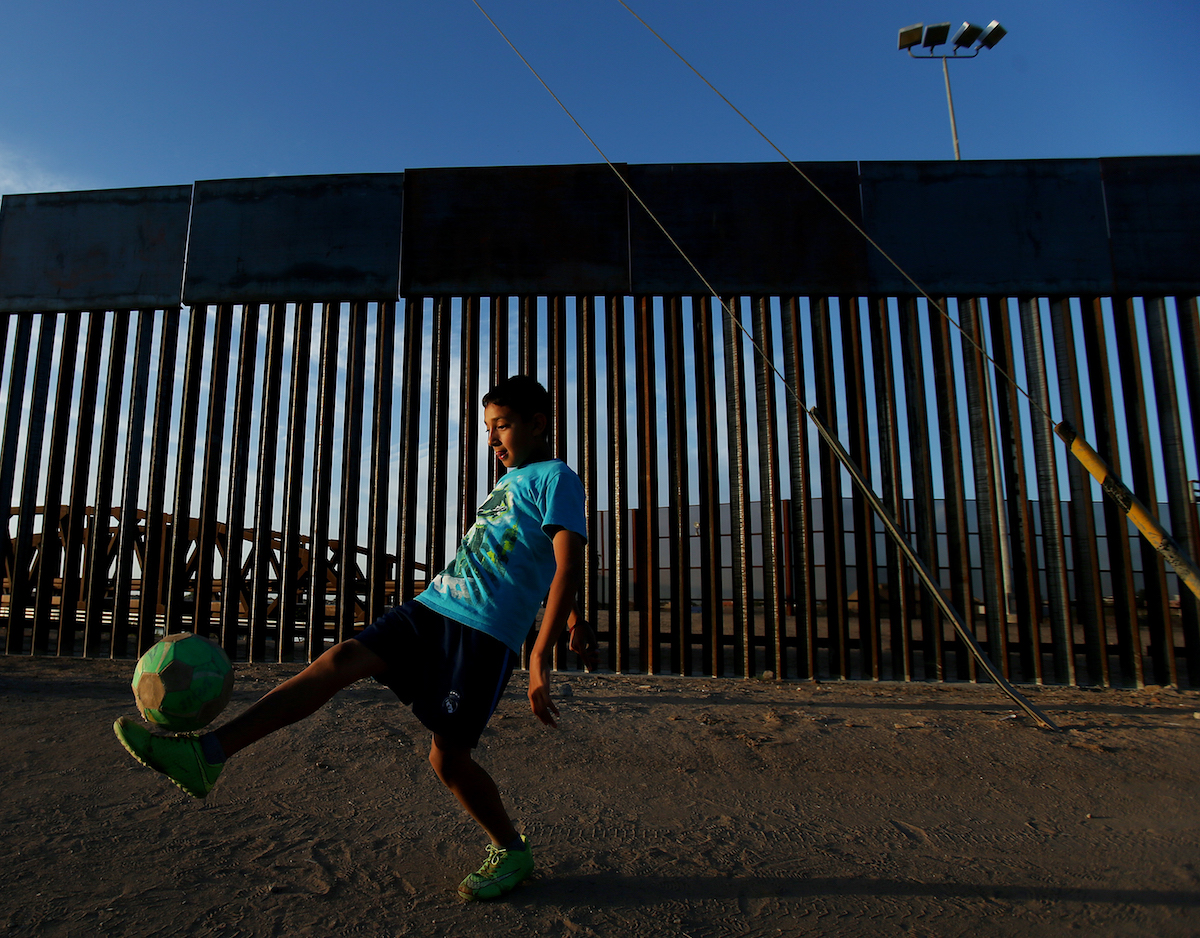 Donald Trump ‘s “build the wall” chants were a pillar of his campaign, and if you didn’t know much about the border, you’d think there were no physical boundaries between the two countries. But there are.

More than 700 miles of the border already have barriers and construction of those barriers over the last decade has cost more than $2.3 billion—not including the roughly $55 million a year spent on repairing and maintaining the fence, as The Arizona Daily Star reported.

A team of reporters for the Star traveled across the U.S. in 2006 when the wall was first proposed and then again this summer to hear from about 100 people living along the border, from businesses, Border Patrol and ranchers.

“We talked to about 100 people on both sides of the border and people will tell you that a wall on its own or a fence on its own isn’t going to solve anything,” said Perla Trevizo, a reporter with the Star. “We found that even people who were on the conservative side or who supported Trump didn’t see the wall as the only answer to border security.”

President-elect Trump’s proposal is to build a “big beautiful wall” that would be 35 to 40 feet tall and span across 1,000 miles of the border. Trump said he would make Mexico pay for the $12 billion dollars he estimates it will cost to build.

Earlier this year Enrique Peña Nieto, Mexico’s president, tweeted in Spanish that he “made it clear” to Trump that “Mexico will not pay for the wall.”

Yet Trump has a detailed plan on his website that gives Mexico two options, either make a “one-time payment” of $5 to $10 billion dollars or risk having millions confiscated from remittances Mexicans in the U.S. wire back home.

From California to Texas, the terrain along the border varies from steep mountains and canyons, to shifting sand and the Rio Grande River, making physically challenging to build a solid wall across the two countries.

Along the border today there are steel fences and also short vehicle barriers in remote areas.

Weeks before Election Day, Latino USA’s Maria Hinojosa and Fernanda Echavarri traveled to Arizona, the state with the most fencing along the border.

The Tucson Sector of Border Patrol has 262 miles of border and out of those 212 have “some type of barrier or fence” said Vicente Paco, a Border Patrol spokesman who took Latino USA on a tour of the border.

Paco tolds us the border fence is a tool that allows him to do his job well, but it’s not the end-all be-all solution to illegal immigration.

The Department of Homeland has been allowed to waive environmental laws such as the Endangered Species Act and the Clean Water Act in order to build fencing in areas that were protected. Critics have said the environment suffered but Border Patrol has said the agency took environmental concerns into consideration during construction.

Dan Mills of the Sierra Club of Arizona is one of many environmental activist who has been speaking out against the border wall for years.

“I’ve seen deer come up to the wall and they just stand there, they sniff at the wall and eventually they turn back.” Mills said. “If I’m an animal in the borderlands, I need to migrate to survive. Many species need to get from the forest to the rivers in order to find food and find mates.”

Mills said the fence is also an obstruction for water flow. In 2013 part of a steel fence, in Nogales was knocked down by debris from flooding. It cost $700,000 to repair the 600 feet fencing.

Unlike Mills, some ranchers who live in the borderlands want more fencing.

Jim Chilton’s ranch covers 50,000 acres in Arizona and five miles of his land share the border with Mexico.

“See how easy it is to get through the fence? Even a 77-year-old can do it easily,” Chilton said as he crawled under the four-strand barbed-wire cattle fence that serves as the international barrier in this part of Southern Arizona.

Chilton has publicly asked for more walls to be built and for more Border Patrol agents in remote areas of the Arizona desert in order to stop smugglers from crossing.

But fence or no fence, smugglers have gotten creative when it comes to bringing drugs and people into the U.S.

Last year there was a spike in cases of “coyotes” in urban areas using a ladder so immigrants could climb the fence, then removing the ladder and telling people to jump into the U.S.

Coyotes have also used more remote routes to cross people and immigrant rights groups blame the border wall for an increase in deaths in the desert.

“The way that I see it is that a human rights disaster was created by border militarization efforts which funneled workers, families and refugees into the most dangerous parts of the desert,” said Robin Reineke, with the Colibri Center for Human Rights in Arizona.

Since 2001, more than 1,500 deaths of people believed to be migrants have been investigated by the Pima County Office of the Medical Examiner where Reineke has helped for about a decade. She said often the smugglers send migrants to remote areas of the desert where they get lost and die of heat stroke.

As for drug smugglers, they have used catapults to throw bundles of marijuana over the fence, tunnels to bring drugs under the fence, drones, and “even molding packages of weed thin enough to fit between the 4 inch slats of the fence,” Trevizo said. “But most of the hard drugs—which is one of the arguments for why we need a wall are coming through the legal ports of entry, not the desert or the river.”

Since getting elected, Trump has said that perhaps there need to be fences built in parts of the border instead of a wall like he said during the campaign.

But whether he wants a fence or a wall, it won’t be so easy to build in areas of the border that are Native American land. Throughout the years there has been resistance from the Tohono O’odham Nation in Arizona which shares 75 miles of border with Mexico.

One thought on “Build! That! …Fence?”