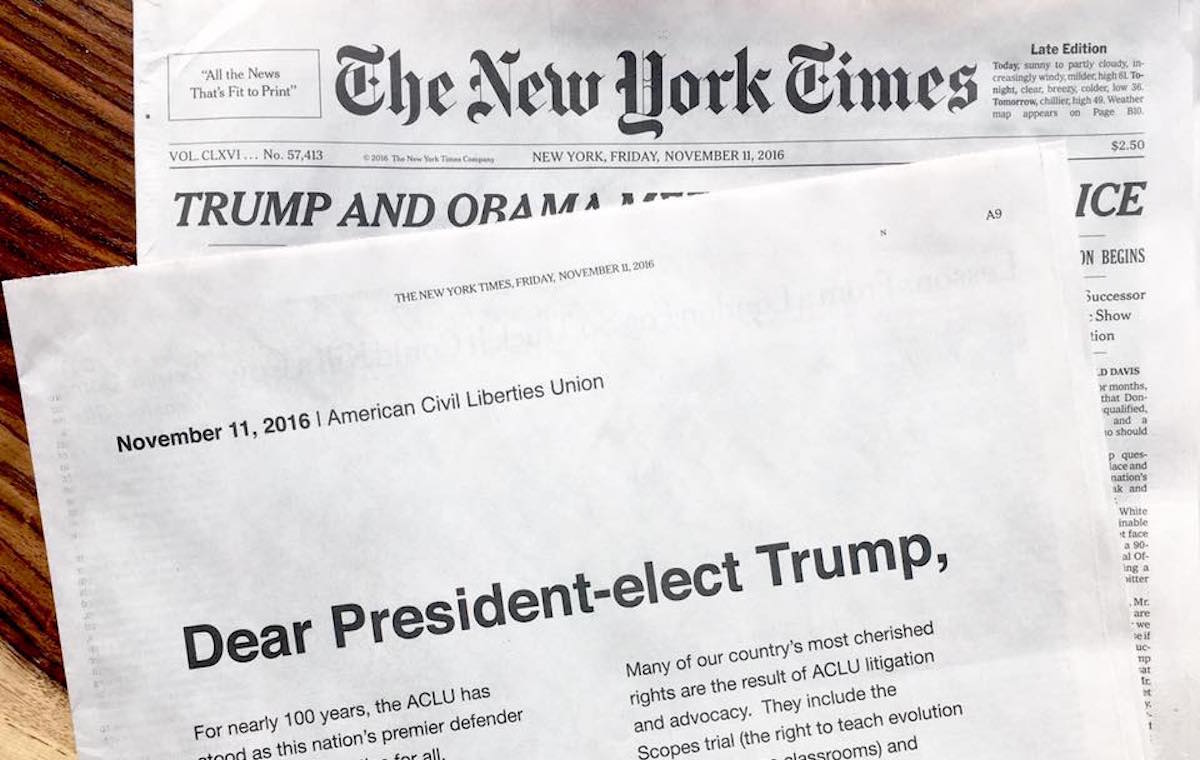 Since Election Night, some people have been taking to the streets, protesting against Donald Trump’s election and rallying together to support the people and organizations that could be affected by President-elect Trump’s proposed policies.

But the ACLU, or the American Civil Liberties Union, took another approach. Just a few days after Donald Trump was elected, the ACLU bought a full page in The New York Times, and used that space to publish an open letter to President-elect Trump.

An open letter from the ACLU to President-elect Trump: We will be vigilant every day of your tenure as president. pic.twitter.com/4qWumzG4dp

It personally addressed the President-elect, warning him that if he fulfills his campaign promises, like deporting three million immigrants, and restricting access to abortions, then they will take him to court.

In fact, for nearly 100 years, the ACLU has fought legal battles for civil liberties, such as the right to vote and full equality for LGBTQ community.

The letter was signed by Anthony Romero, the Executive Director of the ACLU. Above his signature, it read:

“One thing is certain: We will be vigilant every day of your tenure as president. And when you ultimately vacate the Oval Office, we will do likewise with your successor.”

Some say that the ACLU’s letter gave them hope, others said it was threatening.

Maria Hinojosa spoke with Romero to hear why he decided to publish the letter, and what he and how they’ll fulfill their promise to take President-elect Trump to court if they believe he infringes upon the civil liberties of others.