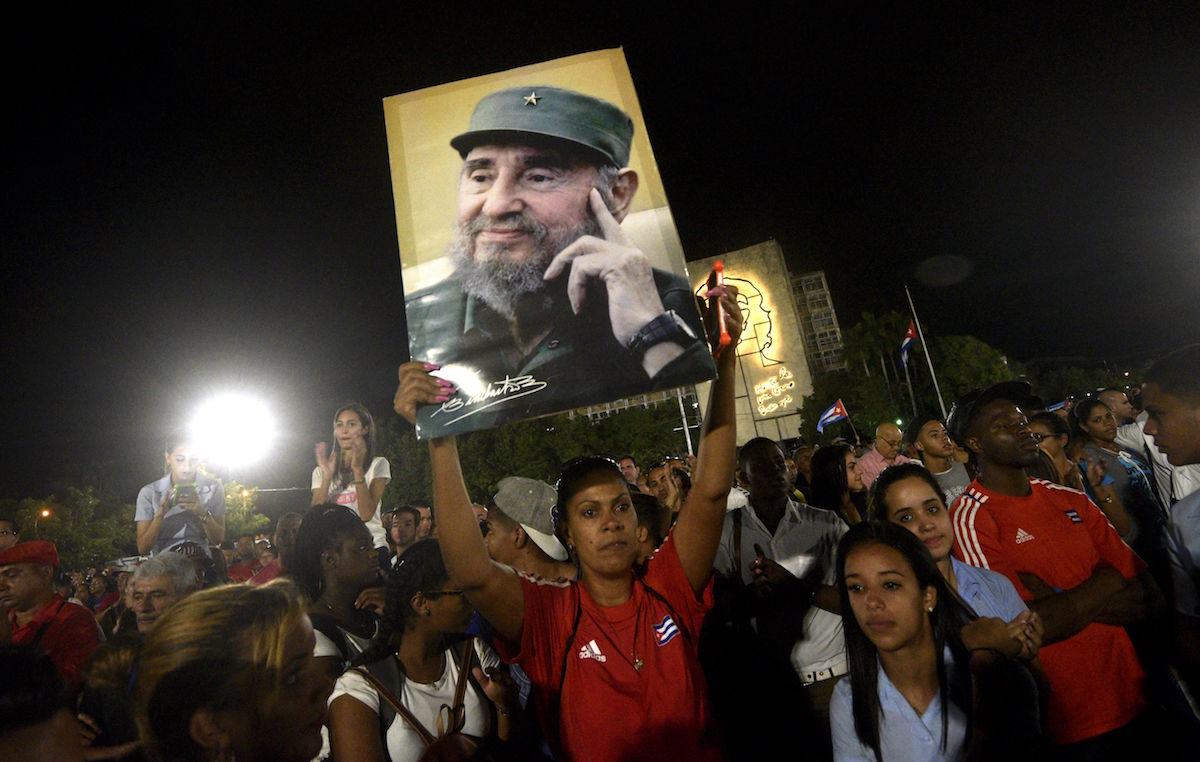 No matter how you look at it, the death of Fidel Castro last Friday has resonated throughout the world. There are very few historical figures who have generated polarizing views like Castro has, and opinion pieces from the Latino media world would confirm that. What follows are seven opinion pieces published this week from different Latino media outlets about Castro’s legacy.

Op-ed: In the U.S., We Rebuilt What Fidel Destroyed
Carmen Pelaez was one of the first Latina writers to reflect on Castro’s death in this November 26 NBCNews.com piece. As she writes, “On our way home, my sister commented that ultimately Fidel Castro never paid the price for what he did in this lifetime. I disagreed. “Miami is proof of his failure.’ Driving down the rain kissed roads in the middle of the night, I felt a lightness I have never felt in my life. Fidel Castro is dead. And for the first time in my entire life, I feel like I can breathe.” Read the piece here.

Opinion: A Nuyorican View of Fidel Castro’s Legacy
Another NBCNews.com piece features the thoughts of journalist Ed Morales, who writes, “Assessing the impact of Castro and Fidelismo has provoked highly polarized polemics, but as the days pass, more nuanced views are likely to emerge. I think that the time we’re living in, filled with uncertainty, anxiety, and fits of rhetorical hate speech, demands as many perspectives on Castro and his legacy as possible, perhaps allowing us to re-construct a historical truth from crashing waves of fragmented perspectives.” Read the piece here.

A Message To Fidel Castro Apologists
Christian Caballero wrote his take for HuffPost LatinoVoices. The title explains his view. Read the piece here.

Fidel, Comrade, Red Salute
TeleSur English published several opinion pieces about Castro’s death, including this one by Farooque Chowdhury, who at one point writes the following: “You embodied humanity’s struggle for a free, dignified life, a life free from exploitation, a life full of love and with flowering of humane living.” Read the piece here.

Opinion: Cuba in a perfect world after Fidel
In this Fox News Latino post, Raoul Lowery Contreras wonders where Cuba will go next, while making sure to criticize President Barack Obama for the United States’ current Cuba policy. Read the piece here.

In The Thick (the Futuro Media Group podcast I co-host with Maria Hinojosa) also spent an entire episode on Fidel: