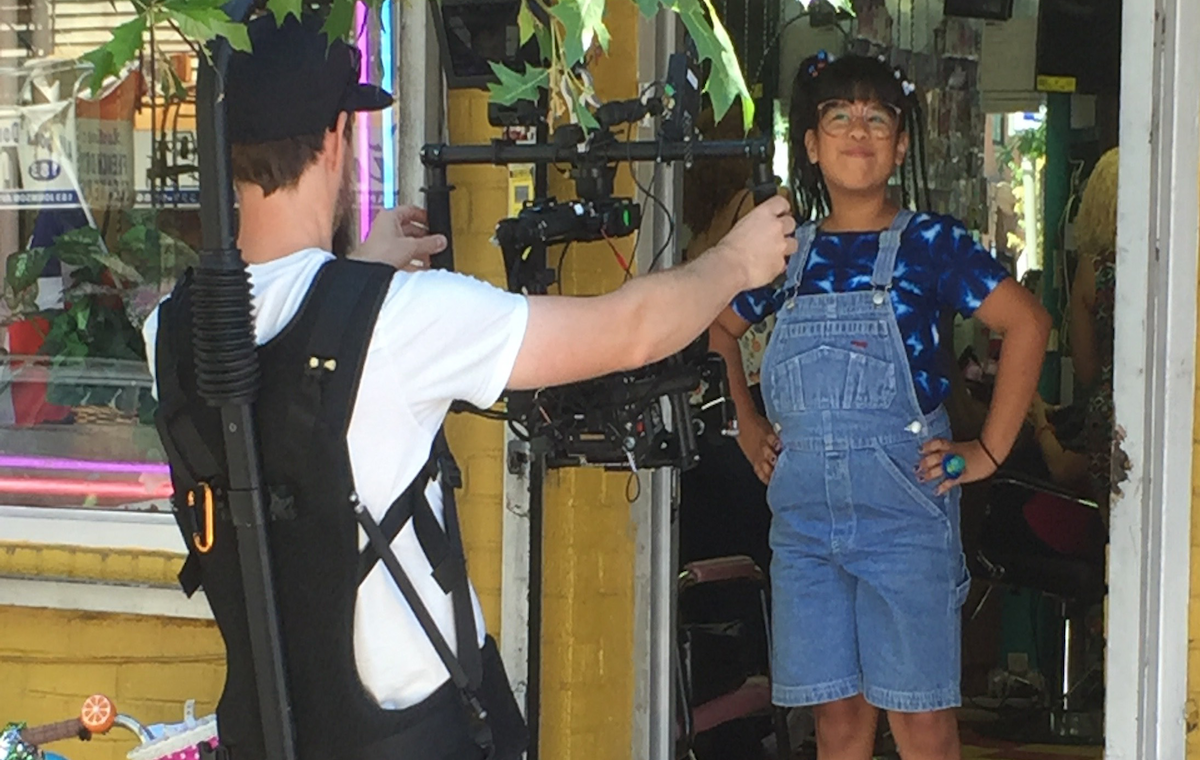 At some point of our lives we’ve all been guilty of having tried —maybe a little too hard— to fit in.

But as a wise 11-year-old girl once told me, “It’s cool not to fit in sometimes.”

Sarai Gonzalez became an internet sensation after starring in Bomba Estéreo’s video for their song “Soy Yo,” a song that celebrates being yourself.

In the video, Sarai walks the streets of New York City busting out dance moves to the “cool kids” who give her weird looks.

“I think the girl in the video is me. I’m just very confident and just wanna stand up for myself, even if I’m scared inside, I just pretend not to be scared,” Sarai said.

After watching the video, many of us at the Latino USA office fell in love with Sarai so we asked her to visit us in Harlem.