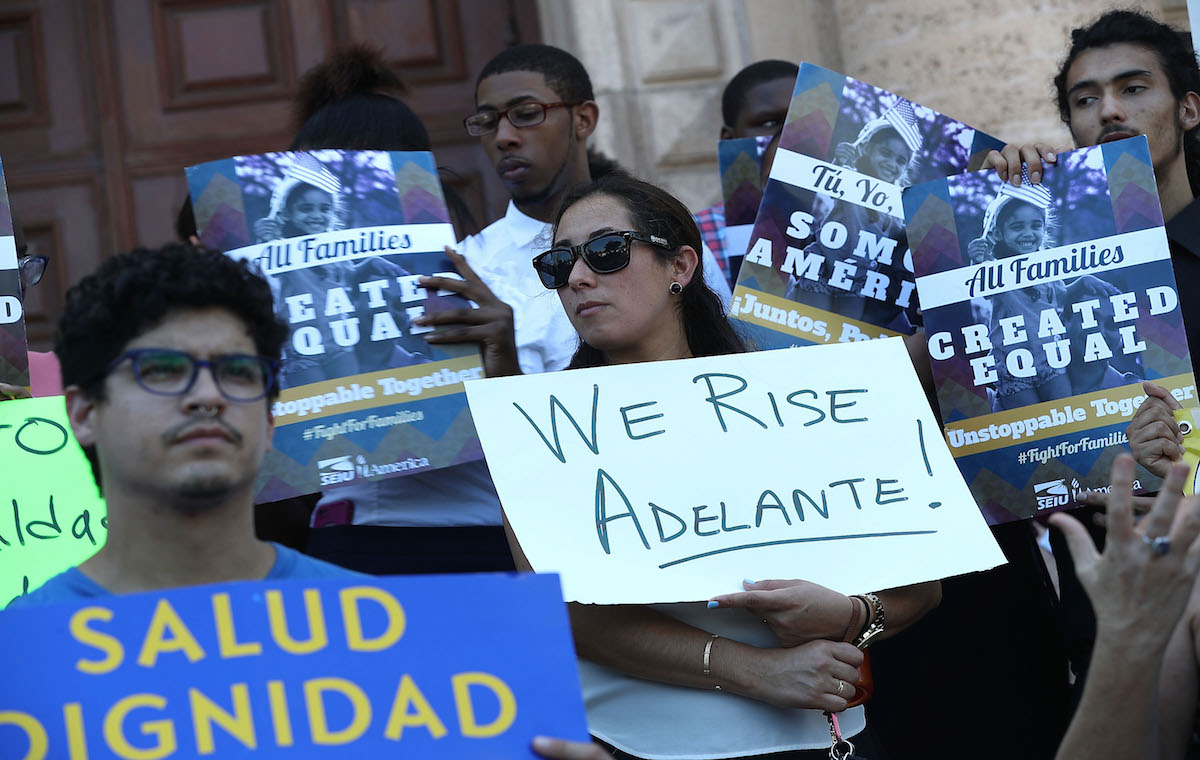 A December 30 letter from Department of Homeland Security Secretary Jeh Johnson to Congressional Democrats made public on Tuesday stated that the federal government should not utilize the personal data of Deferred Action for Recent Arrivals (DACA) recipients for deportations.

The letter, addressed to Rep. Judy Chu (D-CA), was in response to a December 5 letter addressed to President Barack Obama and signed by 110 Democrats.

In his letter, Johnson told lawmakers that he “share[s] your concerns” when it comes to the personal data of Dreamers and whether they could be used to track down immigrants here illegally and deport them. Johnson also stressed that “for decades,” federal immigration authorities have not used personal information for other types of immigrants who have been granted protection from deportation and work authorization, such as widowers of U.S. citizens and foreign students affected by Hurricane Katrina.

“Since DACA began, thousands of Dreamers have been able to enroll in colleges and universities, complete their education, start businesses that help improve our economy, and give back to our communities as teachers, medical professionals, engineers, and entrepreneurs — all on the books,” Johnson wrote. “We continue to benefit as a country from the contributions of those young people who have come forward and want nothing more than to contribute to our country and our shared future.”

Many immigrant rights advocates have expressed concern that President-elect Donald Trump will rescind President Obama’s DACA order, resulting in an uncertain future for about 750,000 recipients. Earlier on Wednesday in Washington, D.C., Vice-president election Mike Pence told reporters that the Trump administration is planning on taking executive actions, although outside of acting against Obamacare, he shared no specific details about DACA.

Pence says that Trump will repeal Obama executive orders on Day 1 in office and submit orders based on campaign promises.

Last month, in an interview with TIME Magazine, Trump said this about Dreamers: “We’re going to work something out that’s going to make people happy and proud.” He showed sympathy for young migrants that was often absent during the campaign. “They got brought here at a very young age, they’ve worked here, they’ve gone to school here. Some were good students. Some have wonderful jobs. And they’re in never-never land because they don’t know what’s going to happen.”

“When my sister and I, applied for DACA and paid our fees, we did it with the understanding that our information was secure,” Greisa Martinez, Advocacy Director of United We Dream said in press statement. “About 1.4 million first time and renewal applications have been submitted, each with a trust that the government would hold up their commitment to keep our personal information safe. DHS Secretary Jeh Johnson just reiterated that the Department has a responsibility to adhere to its practice of only using the information we shared for its agreed upon purpose. Incoming DHS Secretary John Kelley must not betray that trust and use our information, provided to DHS in good faith – to terrorize households like mine and deport me, my sister and my mom, who is undocumented. Dallas is our home and we are #HereToStay.”

Days after Election Day, Latino USA spoke with DACA recipients about their future under a Trump administration: