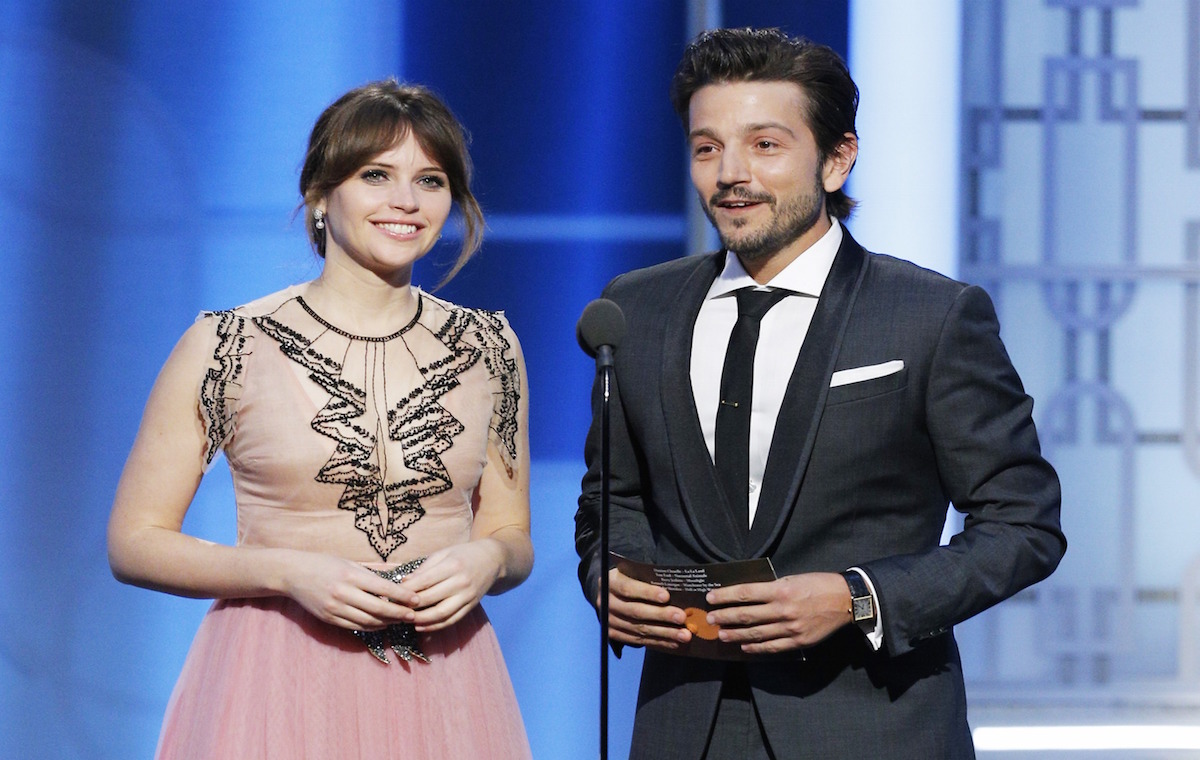 On a night that Variety described as “a glossy showcase for Hollywood’s new focus bringing diverse voices and fresh perspectives to film and TV screens,” the head of the National Hispanic Media Coalition (NHMC) said that the 2017 Golden Globes still lacked a significant number of Latino nominees, and that opportunities to showcase Latino talent in award-winning shows are still too few.

“We congratulate the creatives of color who were nominated and who won Golden Globes last night–they have broken barriers in an industry that has been slow to change. These hard-fought successes have made our communities proud, bringing the perspectives of a diverse nation to the country, and we implore Hollywood to increase opportunities for all creatives of color,” NHMC president and CEO Alex Nogales said in a press statement released Monday morning.

“Few Latinos were nominated this year because there are still too few roles offered to Latinos, behind and in front of the camera, especially in film,” Nogales added. “Today, Latinos make up 18 percent of the population and we need to represent those faces, voices and stories, if we are ever to increase the understanding and empathy that so many performers highlighted in their eloquent acceptance speeches about diversity and inclusion last night.”

According to Variety, the 2017 Golden Globes nominations had “a record number of actors and producers of color,” resulting in wins for “Moonlight,” “Atlanta,” Donald Glover in “Atlanta,” Tracee Ellis Ross in “Black-ish” and Viola Davis in “Fences.” However, just three Latinos (Gael García Bernal, Lin-Manuel Miranda, Gina Rodriguez) and one foreign film from Chile (“Neruda”) were nominated.

The lack of Latino nominees also caught the attention of actor John Leguizamo, who tweeted the following earlier on Monday: