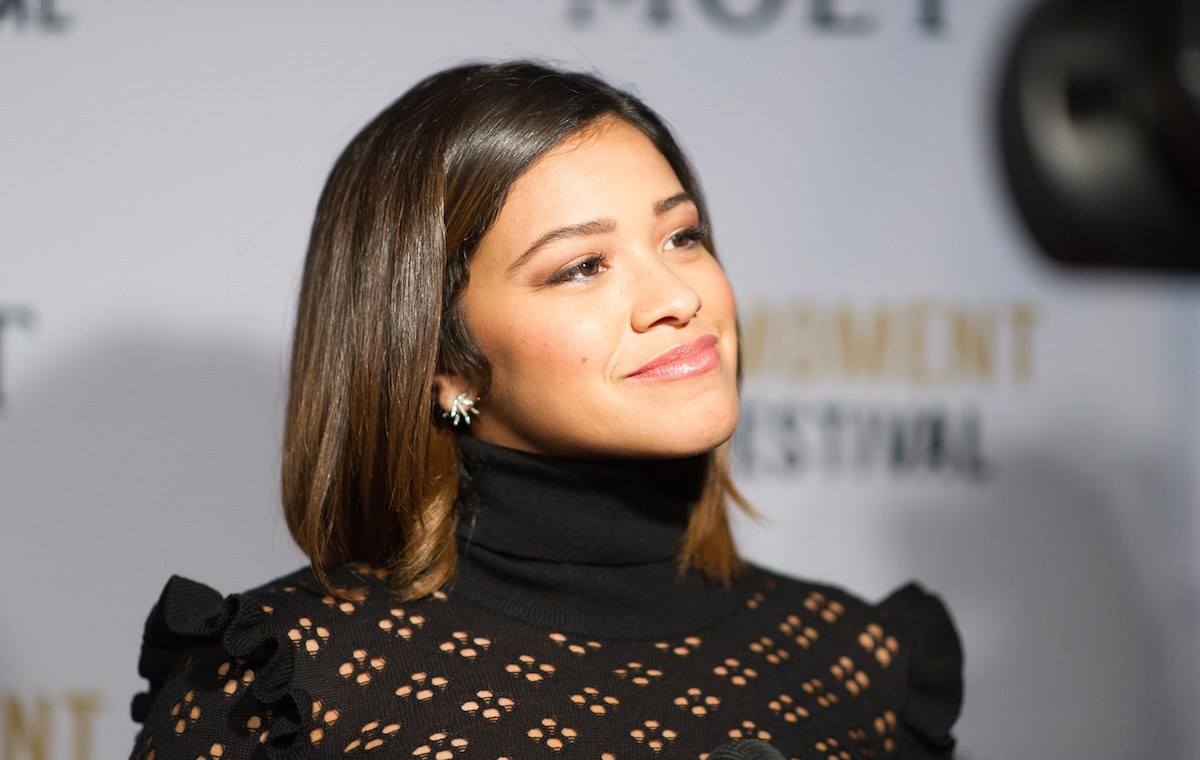 “But who are we, and what is Hollywood anyway? It’s just a bunch of people from other places.”

With that, Meryl Streep, a white woman and arguably the greatest American actress of all time, silenced the audience at the 2017 Golden Globe Awards in her politicized acceptance speech for the Cecil B. DeMille Award.

And sure enough, actors from India, France and Mexico were nominated, and four out of the six acting categories had Black representation. That is in addition to an African American nominated for Best Director, whose film, Moonlight, won the Best Picture Award. Viola Davis presented the award to Streep in a moving tribute.

What a difference a year makes.

In the follow-up to last year’s #OscarsSoWhite movement, a reaction to the glaring omission of diversity in the 2015 Academy Award nominations, the wealth of Black representation at this year’s Golden Globes and in 2016 films, has literally changed the face of Hollywood.

With the Golden Globes kicking off the Hollywood award season Sunday night, the People’s Choice Awards later this month and the 89th annual Academy Awards set for February, it’s time to see what has changed and what has not.

Black films as different in subject matter and style (Moonlight and Fences), as well as films with Black central characters like Hidden Figures and Loving, have not only captured the public’s imagination at the box office, but are also heavily favored to dominate this year’s award season.

While 2016’s brilliant renaissance of Black presence in film is welcomed and long overdue, it exposes in daunting relief the continued dearth of films that deal with the Latinx experience, not to mention so many other woefully underrepresented communities.

There were two Latinx acting nominees for Golden Globes this year (Gina Rodriguez and Gael García Bernal), both of whom had been nominated in the past for those same television roles, and neither won.  In fact, Rodriguez, García Bernal and Lin-Manuel Miranda (for songwriting) were the only Latinx people nominated at all in any category.

In view of the demographic predictions for the United States, where Latinos are set to comprise more than 30 percent of the U.S. population by 2060, embracing Latinx stories just makes good business sense. With a disposable income of $1.5 trillion in 2015, the Latino community clearly has the purchasing power to make an impact at the box office.

Nonetheless, in the face of critically successful Latinx projects (Jane the Virgin and Superstore, to name two) and the even more edgy, bilingual Netflix series Narcos, executives in Hollywood continue to inexplicably shy away from consistent representation of Latinx experiences in film.

It certainly doesn’t help when Latinx actors like Sofia Vergara perpetuate stereotypes, as she did at the Golden Globes, when she “accidentally” mispronounced words, replete with accent and behavior that for some undoubtably reinforces the stale stereotype of the sexualized Latina.

Sadly, unable to build momentum on the considerable commercial success of Latino films in the 1980’s like La Bamba, Stand and Deliver and the Oscar-nominated El Norte, Hollywood has failed to nurture an entire generation of Latinx filmmakers and audiences alike.

So it is not surprising that unlike the “white-washing” controversy around the Marvel film Dr. Strange, outrage around the casting of Portuguese characters in Martin Scorsese’s new film Silence, has quietly faded into… well, silence.

Scorsese is unquestionably a great artist, and his desire to tell a story from a culture other than his own, demonstrates it can and should be possible for great artists to tell global stories without appropriating that culture. But the key is who he partners with to tell those stories.

What is sadly disappointing, is when an exceptional filmmaker like Scorsese fails to see the importance and the advantage of telling a story like Silence with actors who are at least in some way, culturally appropriate.

Enter once again, Norman Lear. The prolific creator of hit television shows like All in the Family and Maude, recruited Executive Director Gloria Calderon Kellett to create an update of the 70’s sitcom, One Day at a Time, but with the relevance of a Latino family in the America of today. The show, which premiered January 6 on Netflix and features a Latinx cast that includes Rita Moreno, was all Lear’s idea. As he’s proved his entire career, Lear loves to tell stories other than his own, and he knows how to surround himself with people who can make them ring true.

To be sure, Hollywood’s struggle with Latino representation could no doubt be connected to its difficulty in identifying projects that reflect and attract “the” Latinx audience. While no ethnically specific community is easily defined, the Latinx community in the United States presents a unique challenge: a collection of 57 million people from more than 20 Spanish-speaking (and Portuguese-speaking) countries who immigrated to the United States for a wide variety of social, political or economic reasons.

Add to that already complex equation, the combination of recent immigrants and generations of acculturated Latinos (a significant percentage of whom do not speak Spanish), and the task of making films that speak to a majority of the Latinx community seems virtually impossible.

Still, it is a need whose time has come. Ethnically specific stories that underscore our common humanity are critical for fostering empathy and compassion to counter the recent flood of misinformation and prejudice. Given the inflammatory, anti-immigrant rhetoric throughout the 2016 presidential election, the need to tell those stories is now more urgent than ever.

In the 1960’s, Sidney Poitier’s work in films like Lilies of the Field, In the Heat of the Night and Guess Who’s Coming to Dinner undoubtedly made it possible for many white Americans to sympathize with Black Americans and the struggles of the Civil Rights movement.

Yet in a five-year period between 2007 and 2012, Latinx actors lagged behind every other ethnic group in Hollywood, making up less than five percent of the characters in major films.

Noting Hollywood’s lack of Latino representation in decision-making  positions, a recent study at the University of Southern California found that while Latinos make up roughly 17 percent of the U.S. population, only 5.8 percent of characters in the study’s 414 films and television series were Latinx.

As in any field, the key to guaranteeing genuine and consistent inclusion lies in having individuals from underrepresented communities in positions of power, with the authority to foster significant opportunities for authentic representation.

According to the comprehensive 2015 Hollywood Diversity Report, 92 percent of senior management in film studios were white, while 96% of studio heads were white.  Ironically, the report also found that more than half of all people who frequently attended films were minorities.

Having Latinos in decision-making positions is especially essential when it comes to telling Latinx stories in film and television, where the ability to understand the complex nuances of the Latinx experience can make the difference between authentic representation and the perpetuation of stereotypes.

But there is hope.

Initiatives and pilot programs like HBO’s Access for writers and directors, which is a direct result of having people of color (like Kelly Edwards, VP for Talent Development at HBO) in decision-making positions, can jump start a young artist’s career.

But the nurturing of Latinx talent needs to start much earlier, and that can be a challenge for many immigrant families who may not see the arts as a practical career path.

Still, Latinx role models in Hollywood films, while still disproportionate, are now at least visible.  The last two years, the Academy Award for Best Direction went to Alejandro Iñárritu, while his fellow Mexican filmmakers Alfonso Cuarón and Guillermo del Toro, continue to be some of the most sought-after directors in Hollywood.  And young Latino actors like Diego Luna and Oscar Isaac, who starred in the two most recent Star Wars films, are showing that it’s possible to be action heroes who just happen to be Latino.

What Hollywood needs to do is realize that there are countless ways to embrace inclusion and diversity, and that studio heads and executives of color are much more likely to recognize those opportunities without the hesitation and trepidation of crossing ethnically sensitive lines.

Latinx producers would be more likely to actively seek out the wealth of compelling, untold stories about the Latinx experience—stories about Latino war heroes, police officers and firefighters that would fit perfectly into the profitable Hollywood blockbuster model. Not to mention the potential for deeply personal stories like Moonlight, or even romantic comedies where the characters just happen to be Latino.

And given that the vast majority of the history of the Americas is rooted in Spanish exploration, there are innumerable stories of encounters between conquistadores and native peoples that would make great historical dramas, not unlike Silence.

The point is that good, compelling human stories are universal, and by tapping into that truth, Hollywood can make great films that bridge the gap between audiences, and actually strengthen our society, because empathy and understanding can dispel ignorance and prejudice.  But these stories must be developed and told by those they are about.

After all, if Miranda can break Broadway box-office records by creating Hamilton, a musical where the Founding Fathers look like the multicultural America of today, singing lyrics like, “Who lives, who dies, who tells your story,” then we all must be on to something.

Henry Godinez is resident artistic associate at Goodman Theatre in Chicago, a professor of theatre at Northwestern University, and a Public Voices Fellow through The OpEd Project.