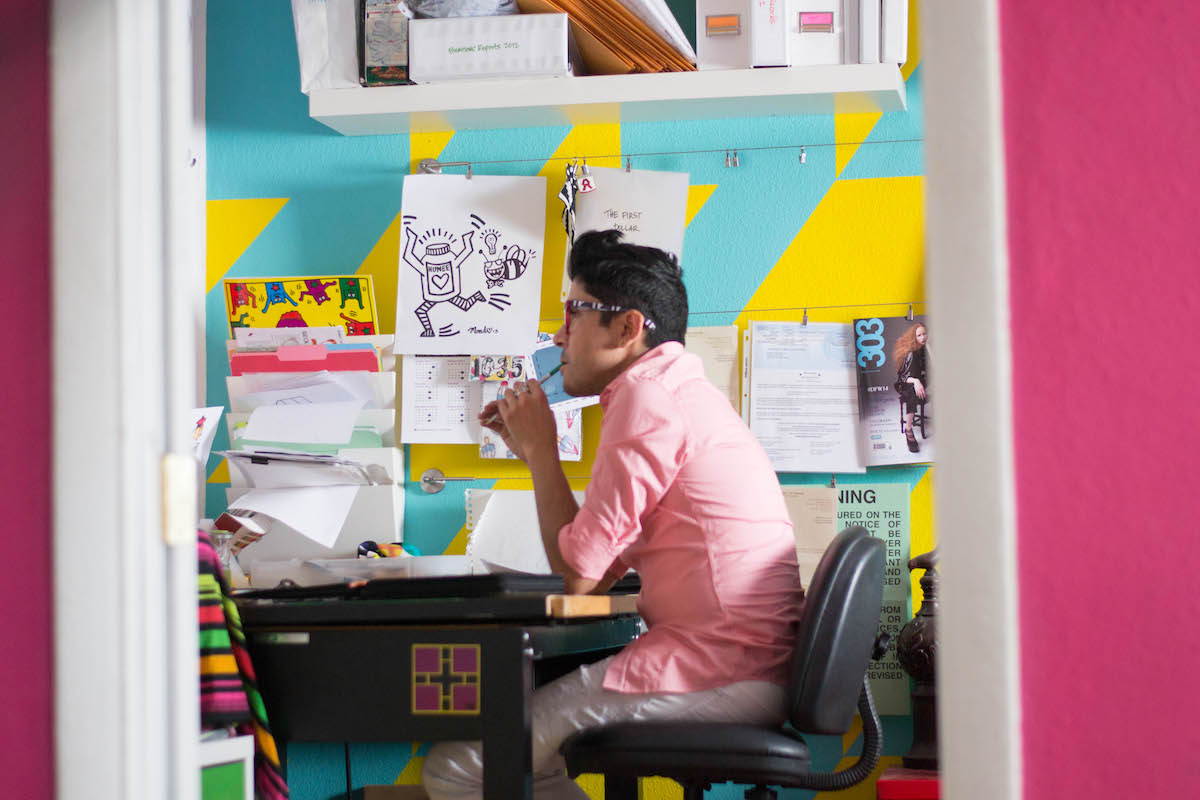 In the land of reality television, Project Runway takes the crown for being one of the most respectable and entertaining in the lot. The show has even won a prestigious Peabody Award.

For the uninitiated, Project Runway is a competition show all about finding the next best fashion designer. It’s a grueling show—for the contestants. They wake up in the wee hours of the morning to design and construct an elaborate garment based on a set of rigid parameters imposed by judge and host of the show, model Heidi Klum. What normal designers must do over a span of weeks, these contestants must achieve within hours.

They then have to stand on stage to defend their designs, and be judged —and, subsequently, face elimination— by the biggest names in the fashion world, all while millions of viewers are watching across the nation.

But another thing that sets Project Runway apart is that it really is real, unlike other “reality” shows with scripted fight scenes, which is why it’s been nominated for an Emmy Award every year since 2005. It’s this built-in honesty that led to a very real moment with contestant, Project Runway All Stars winner and fan favorite Mondo Guerra. What Mondo revealed soon became one of the rawest, most iconic moments in reality show history.

Mondo was the runner-up on season 8. During the season, the contestants were given a challenge to design an original print inspired by throwback family photos. The family photos made the contestants, who had been separated from their families to be on the show-, retty emotional. But for Mondo, it not only made him emotional, but it also struck another chord with him.

He created a pair of pants, later dubbed the “positivity pants,” which had a scattering of plus signs outlined by bright yellow and purple. When it came his turn to defend his design, the judges asked him what the story was behind the pants.

He pointed to the plus signs on the pants and said, “These pluses are positive signs, and I’ve been HIV-positive for 10 years. And when I saw these pictures of my family, it brought back a lot of emotion, and so I wanted to pull from the past but I also wanted to give something back of who I am now.”

That moment, standing on stage in front of the judges, his fellow contestants, and millions of viewers, was the first time he had shared that he had been living with HIV, which he had been keeping a secret for about 10 years.

From that moment on, Mondo Guerra became a face of bravery, HIV/AIDS education and advocacy work.

Maria Hinojosa sat down with Mondo to speak with him about that moment he chose, live in fronts of millions of viewers, to speak up and live his truth.