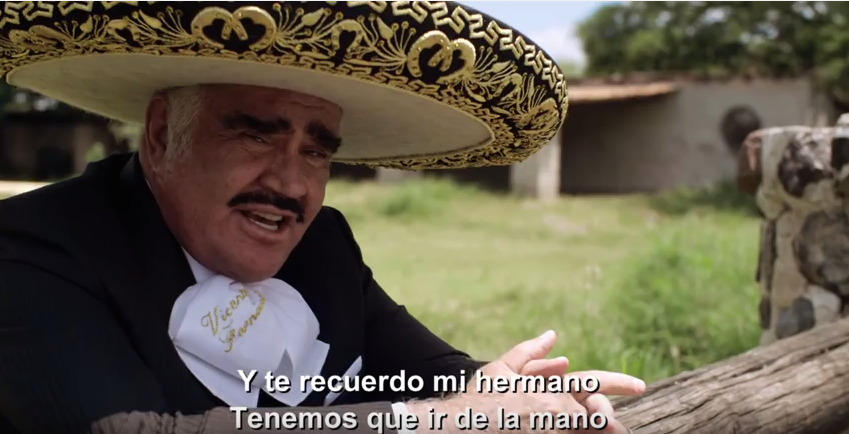 In a story published last week by The Dallas Morning News, Rep. Mike Conaway (R-TX) said that if the country is so concerned about news that Russia was influencing the 2016 presidential election, it should also be concerned that “Mexican soap opera stars, singers and entertainers” were also influencing the election in Nevada.

“Harry Reid and the Democrats brought in Mexican soap opera stars, singers and entertainers who had immense influence in those communities into Las Vegas, to entertain, get out the vote and so forth. Those are foreign actors, foreign people, influencing the vote in Nevada. You don’t hear the Democrats screaming and saying one word about that.”

The Texas Republican, who is a member of the Permanent Select Committee on Intelligence, also said that the influence of Mexican celebrities is comparable to Russia’s hacking efforts: “Sure it is, it’s foreign influence. If we’re worried about foreign influence, let’s have the whole story.”

Conaway was referring to an October 2016 concert and rally for Hillary Clinton, which featured Vicente Fernández, Los Tigres del Norte and Mexican-American actor Angélica María. A few weeks before the concert, El Chente sang a corrido for Clinton.

Reaction from Latino Democrats to Conaway’s comments was swift, including this tweet from Nevada senator Catherine Cortez Masto, who won the November 2016 election to become the country’s first Latina senator:

This is a pathetic and offensive attempt to try to diminish the consensus that Russia meddled in the 2016 election to boost Donald Trump. https://t.co/XEVmmLatBD

“Congressman Conaway’s offensive and immature comments are an insult to so many people in Nevada and across the country who value their Mexican heritage and culture,” Cortez Masto also said in a statement. “This is a pathetic attempt to try to diminish the intelligence community’s consensus that Russia meddled in the 2016 election to boost Donald Trump”

In a fundraising email to supporters, Latino Victory Project, a progressive political advocacy group that produced the Fernández video, said that its “collaborations with Vicente Fernández and Maná served to build a more representative democracy, which is why our organization exists.”

“Like us, Los Tigres del Norte and Angélica María are Americans making their voices heard in their electoral process,” the email read. “Like us, they are empowering Latinos to become civically involved, to register, to vote and to mobilize. There is nothing criminal about that; in fact, it’s at the heart of who we are as a country.”

In a NBC Latino opinion piece published on Monday, Stephen A. Nuño wrote, “But the deeper issue is how reflexively Republicans turn to racism and appeals that are meant to exclude Latinos from our common American identity when left without any responsible excuse for justifying Russian intrusion in our electoral process. Conaway’s race baiting is, frankly, the only argument he has. To distract the attention his constituents may give to his turncoat acceptance of foreign influence by essentially saying his fellow Americans who are minorities are no different than foreign enemies.”

One thought on “In Response to Russian Hacking, Texas Rep Claims Mexicans Influenced Vote in Nevada”