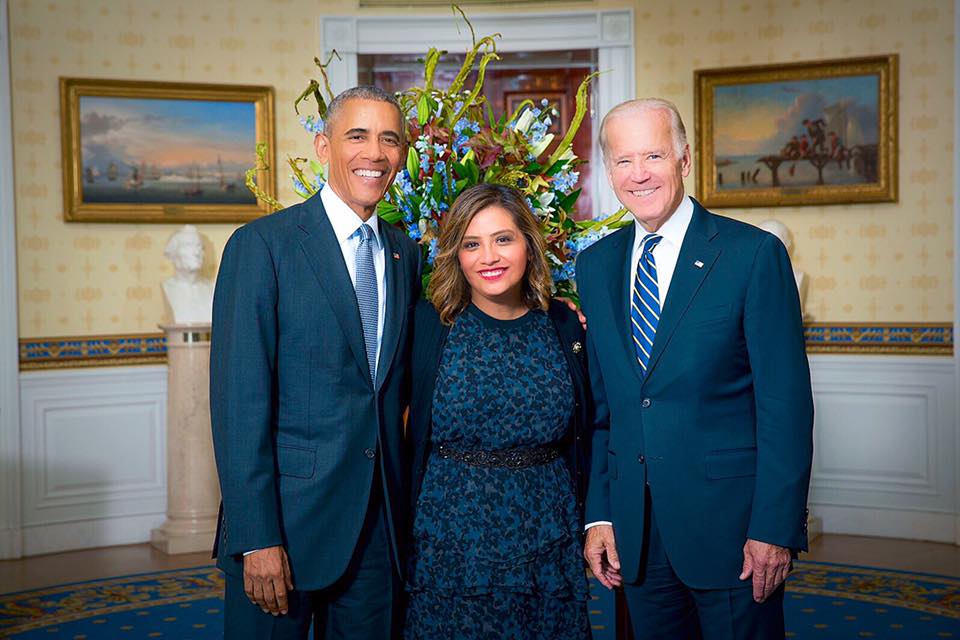 My mom was a devout Catholic. She was the kind of woman that could look at a nun and say, “You need to try harder.”

I reference my mom’s Catholicism because my entire life has been surrounded around hope and faith. When you grow up in extreme poverty, you realize at an early age, that while you might not have food to eat or running water, what you DO always have is hope and faith. You hope that things have to get better because really, how can they get worse?

This week, I, along with other American citizens, say goodbye to President Barack Hussein Obama. I can’t begin to tell you the impact Obama has had in my life. His hope campaign in 2008 reminded me of the hope and faith my mom instilled in me with our Catholic roots. I never thought I’d cry at someone being elected to an office (though cut to now and I cried during this last election but for different reasons) but there I was, seeing him being announced the winner and thinking that someone that looked like me was getting elected.

Now some of you might be thinking, “Cristela, you’re Latina. What do you mean, he looked like you?” To me, Obama represented an evolution of the story of America that was changing. We were electing a person of color to the highest office in this country and it was beautiful to see because for that moment in 2008, I felt like kids were FINALLY told, “You can do this.”

I guess I should explain this a little bit. When I was a kid, MY dream was to be President of The United States. In the fourth grade, my class made a little paper yearbook. We had to answer questions about us, one being: What do you want to be when you grow up? I wrote “President of The United States.” That was it…but I noticed that as I started telling people about my dream, it was met with laughter and disillusionment from people in my neighborhood.

They’d laugh and tell me it was impossible. I wasn’t a man. I wasn’t white. Women couldn’t be presidents, especially Latina woman. You see, in my neighborhood Latina women weren’t considered equal to Latino men. In my house, men ate before women. My brothers would eat first, then the women. It was part of the culture my mother grew up with in Mexico.

Looking back, I’ve never understood why people would be so cynical towards a child and their dream. Why tell them no before they even start? Why tell them that as a poor kid, you’re not allowed to dream? I was constantly told that dreams were for the rich. The poor can’t dream because survival is what we needed to focus on. I eventually moved on from my presidential dream and got really into theater. I went to a predominately Mexican high school, which meant all of our plays had a Latino cast. I never thought it was weird until years later when I told people that my high school did The Diary of Anne Frank and people looked at me like, “Are you serious?”

I left high school and tried to go to college for theater. One of my teachers there told me that as a Latina, I could be in West Side Story and A Chorus Line, nothing else. Wow. That was heartbreaking. You mean that for a SECOND time in my life, my dream wasn’t the “right” dream? You mean that ONCE AGAIN, what I was (a brown woman) would dictate what I was capable of accomplishing? How heartbreaking is it to be told, not once, but twice that what you want to do is meant for OTHER people but not you?

When I saw Obama get sworn in, for the first time I couldn’t stop crying. I felt that the impossible no longer existed—that kids that looked like me could FINALLY see that they were capable of the attaining the amazing. I finally saw a door of opportunity open, that for me (as a kid) had been shut.

I have seen EVERY inauguration since I could remember. One of my favorite yet bittersweet moments in all of them has always been the moment when the sitting president leaves the White House. Regardless of party (I’m not a Democrat. I’m not a Republican), every time I see that moment, I cry because there’s something incredible about seeing history happening in front of your eyes. This is the first time I won’t be seeing it. I can’t bring myself to see the moment where the Obama family gets into the helicopter and flies away to live their lives as private citizens because I feel as if the moment they leave, I walk into a world of uncertainty and confusion that I have never felt before.

I’d like to consider myself part of Obama’s legacy. I am one of the people whose lives have been changed forever because of his presidency. Seeing the way that people treated him (both fans and critics) made me realize how powerful one person can be. In the past number of years, I have become more active in causes that are important to me like immigration, health care, poverty…all issues that have had a profound impact on my life. I’ve realized that my voice added to the other voices fighting for the same causes can create change. The one thing we have to understand is that for true change to happen, it will take time. It might not happen in your lifetime but just because you might not be alive to see it, doesn’t mean you don’t put in the work.

I started my life as a squatter, practically homeless for about the first seven years of my life. I was told my dreams were stupid and that I was dumb for having them. I took care of my mom until she got sick and died in front of me as I stood in the doorway of the room because I couldn’t stand to be closer to her as she took her last breath.

My life hasn’t been easy but I’m not saying that I’ve had it the hardest. So many of us live these kinds of stories but I can say that in the darkest of times, hope was what got me through everything. My mom taught me about hope. Obama was just the person that made me realize that with hope, there is power.

Thank you for everything, Obama. I am so grateful that I was alive to see your work rather than read it about in the history books because I know that when we look back, the history books will never do your legacy justice.

EDITOR’S NOTE: The views expressed in this piece are solely those of the author. They do not reflect the views of Latino USA.