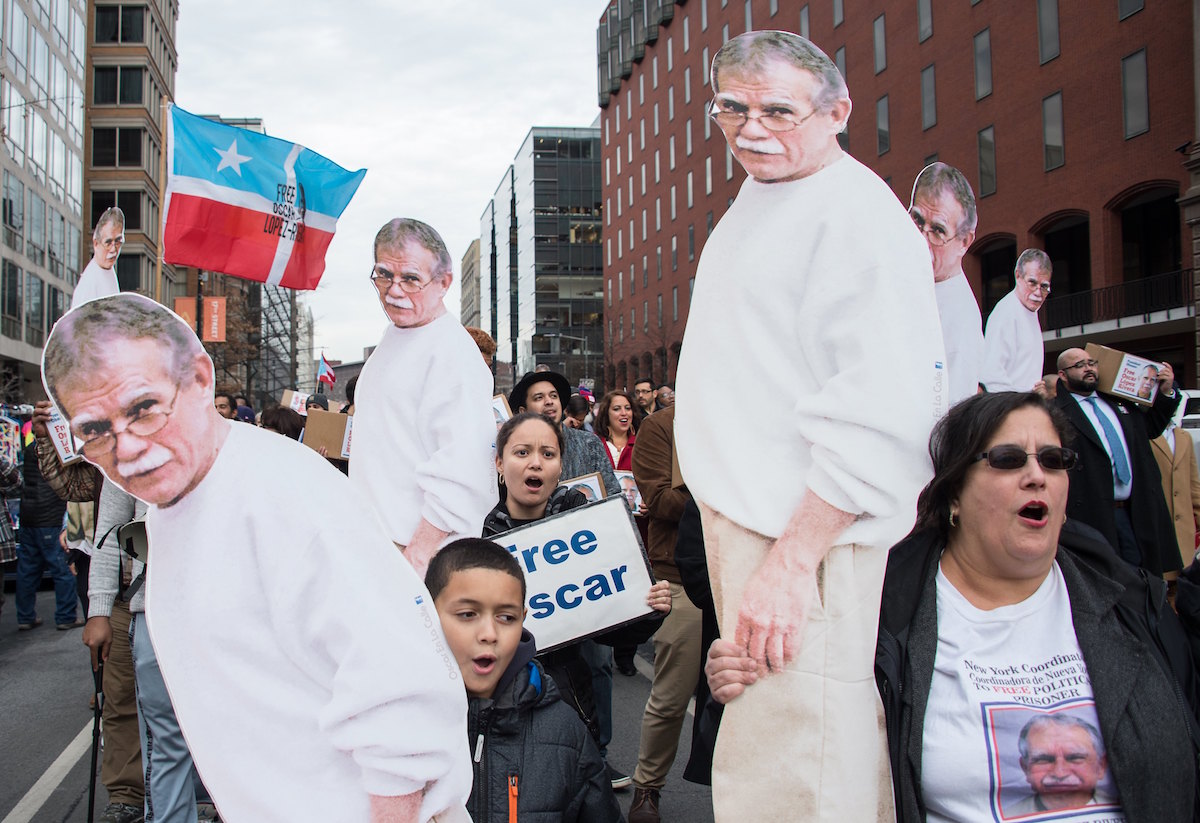 On Tuesday, President Obama commuted the sentence of Puerto Rican independence activist Oscar López Rivera, who has been in federal prison since 1981.

López Rivera was tried for “a seditious conspiracy to overthrow the power of the United States in connection with 28 FALN bombings in Chicago,” Latino USA host Maria Hinojosa told NPR’s All Things Considered.

Hinojosa discussed the different reactions to one of Obama’s final presidential actions.

“So his supporters essentially say that seditious conspiracy is, quote, ‘a political crime for simply opposing the United States government.’ And they say that his 55-year sentence was essentially unfair,” Hinojosa said. “But his opponents say that he is essentially an unrepentant terrorist. He has never, you know, said anything, for example, about the Fraunces Tavern. He’s denied his involvement. So there’s a real divide here.”