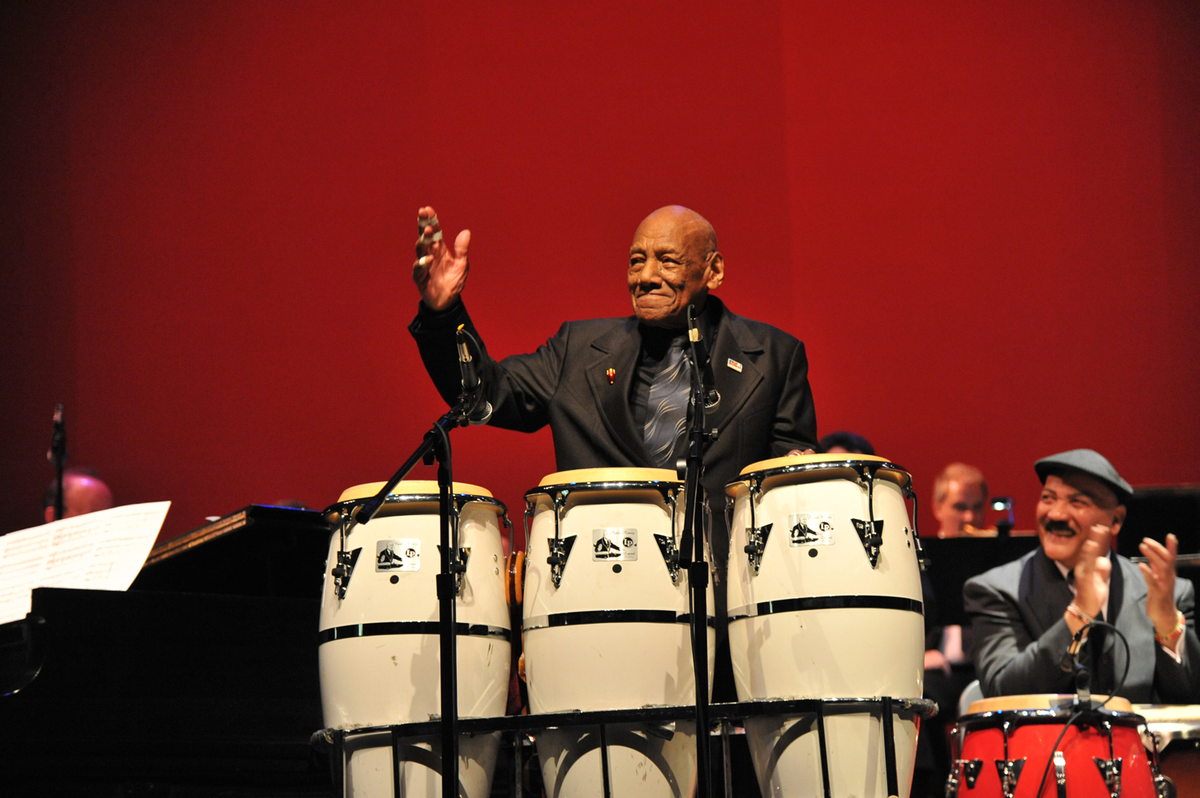 New York has always been home to the biggest movements in Latin music. For instance, between the 1930s and 1950s, Cuban musicians began escaping racial discrimination in Havana for New York because although the United States faced social issues, the news of the city’s budding Jazz community made the potential for blurring the lines of race when it came to performing music.

Amongst that wave of Cuban immigrants was the legendary conga player, Candido Camero. Born in 1921 in Havana, Candido moved to New York City in 1946. He was introduced to Dizzy Gillespie early on and never looked back. Candido’s biography reads like a who’s who of American and international artists, having played and recorded with over 700 musicians. Tony Bennett once said of Candido: “In 1946, Candido arrived in the United States with his three congas and Jazz music was changed forever.” Those three congas are one of Candido’s greatest contributions to the art form.

With a career spanning 70 years, Candido decided to retire in 2016. At 95 years of age, the iconic conguero took the stage in one of his final shows. He played his heart out to a packed audience and gave fans a taste of a man who lives for his music. As we say goodbye to this musical phenomenon, we take a look back at his historical career.