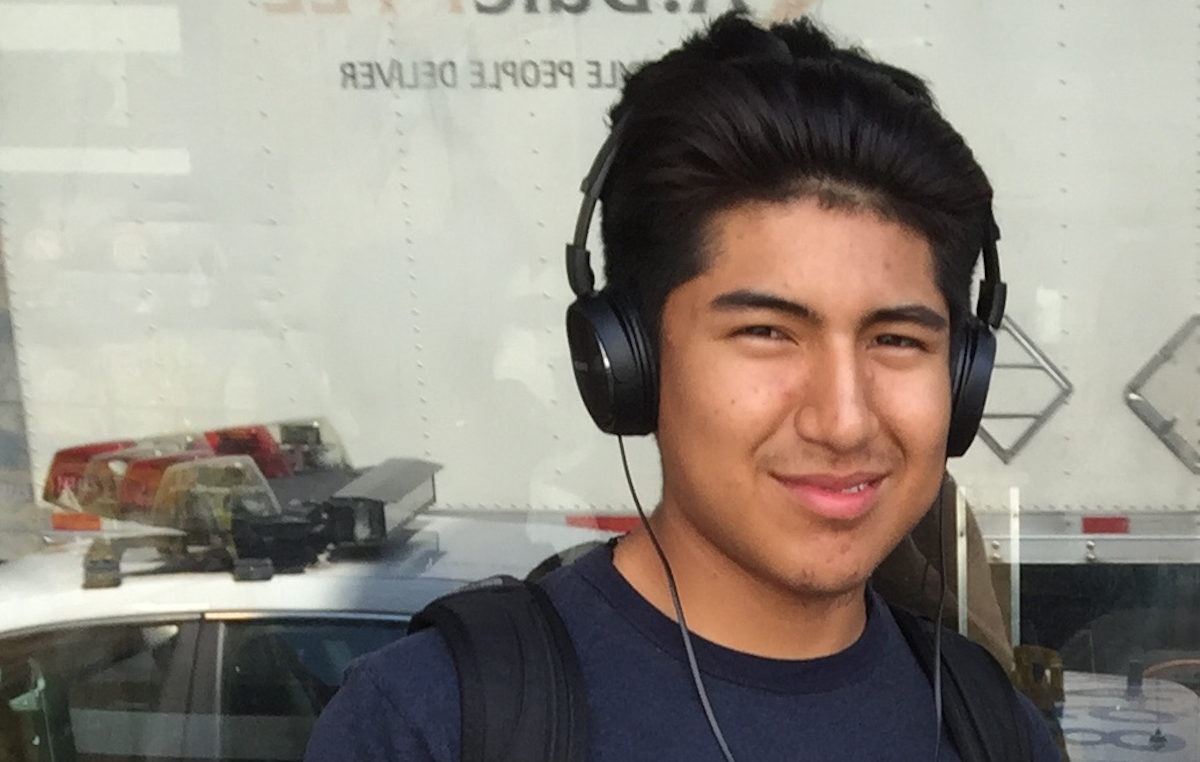 When I was nine, I woke up one morning and my mom said, “Someone came looking for your dad.” She didn’t know it was immigration. She assumed they were police officers, so she gave them his work address.

Later that day, I was watching Pokemon and my baby sister was at daycare. Then I heard the phone ring and my mom started crying. I came in the kitchen, and my aunt said, “Just tell him. You have to tell him.”

My mom said, “Wayner, they arrested your dad. He’s going to be deported to Ecuador.”

I knew what arrested meant but I didn’t know what deported meant, until she explained.

My mom wanted me to leave with them, but I didn’t know that then because she didn’t show it. I think she wanted me to make the decision on my own. She and my little sister left four months after my dad was arrested. I remember that day.

After that, everything was weird. I moved into my aunt’s apartment and I didn’t have a bedroom anymore, so I just slept in the living room. It took a while to adapt. I’d come home and expect to see my mom or dad, but it was just my aunt and her daughter.

There were times when I felt really lonely and I would think, “What if I could just go be with them?”

But then something would happen in school, a teacher would say something that would inspire me, and I wouldn’t want to give up. And it helped, too, that every summer I got to see my parents and younger sister in Ecuador. I would be happy with them —we’d take road trips every weekend— but it was temporary.

Sometimes you need that mother love or that father love, so coming back to the U.S. was the hardest part. My mom said I would cry a lot when I left. She told me, “I am not forcing you to be there. If you want to be with us, stay with us.” But I told her, “No Mami, over there it’s better. I cry because I feel sad for both of you, but over there it’s better.”

My main goal has always been to bring my parents back. They told me if I wanted to do that I had to do well in school. So I was forced to be more responsible. I’d wake myself up and clean my room. My mom wasn’t there to tell me to do my homework anymore, so I did it myself.

Sometimes my parents don’t understand the decisions I have to make. Like when I told them I was going away to Skidmore for college. At first my mom didn’t really want me going away to school. But she realized that since I was young I’ve had to make my own decisions. So she decided to support me like she always does.

As I get older, I cry less during our phone calls. Maybe it’s a form of maturing, or maybe, I’m just used to it. When I turn 21, I can petition for my parents to return to the country legally. They’ve told me that I’m their only hope to come back, and that puts a lot of pressure on me. But the way I take it is motivation and a reason not to give up.