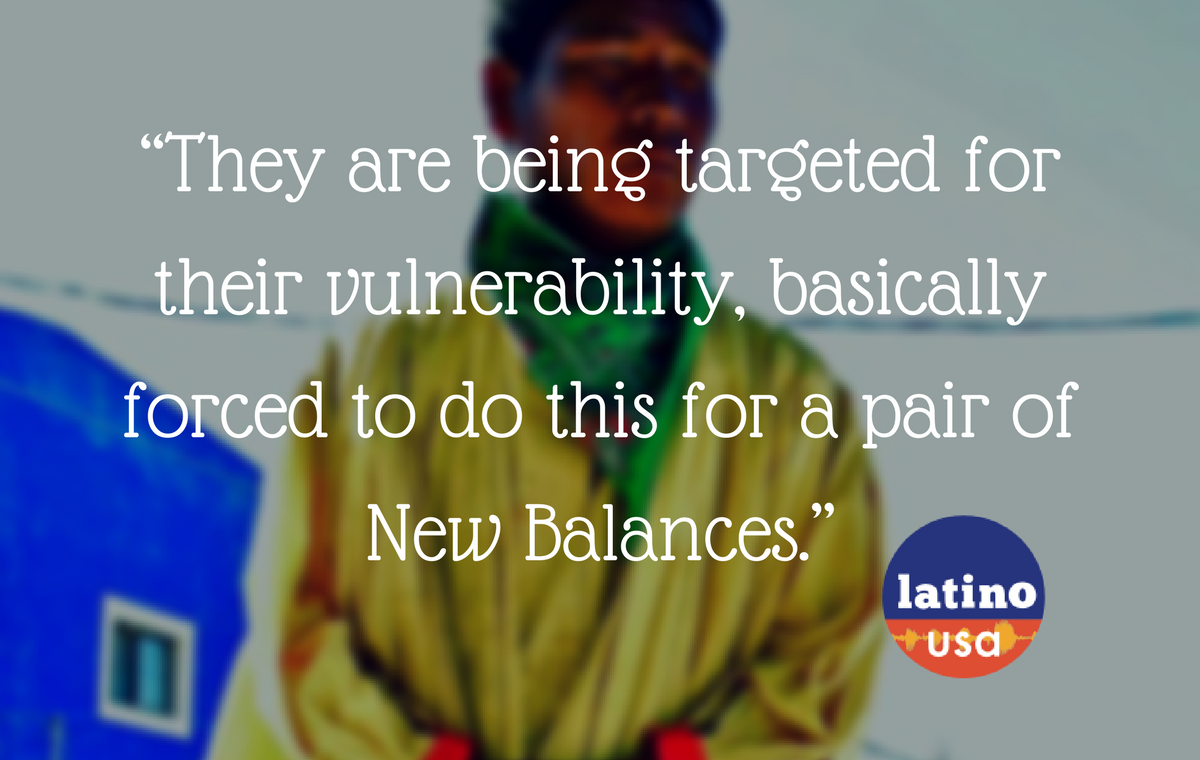 CREEL, MEXICO — Lost in the canyons of the Sierra Madre Occidental live the Rarámuri, an indigenous people known for their running skills. For centuries, they’ve been running for fun and sport, but in the past five years, they’ve been running for their lives. Drug traffickers are now exploiting the Rarámuri to harvest fields of marijuana or opium poppy, forcing them to smuggle loads of drugs into the United States.

Their journey starts 300 miles south of the border and increasingly ends up in a cold Texas jail.

The Story of Indio Mario

Indio Mario used to be a local baker in Creel, a picturesque Rarámuri town in the Mexican state of Chihuahua. His real name is Mario Estorbellín. Mario was 32 years old when he was arrested for murdering eight of his own people, ordered by a drug cartel in 2015. The office of Chihuahua’s state attorney said in a statement that Mario quickly rose through the cartel’s ranks, starting as a local drug mule all the way up to becoming a cartel boss.

“In the Sierra, many natives are recruited at a very young age, and when the cartel leaders are captured, they replace them, which is the case of Estorbellín,” the statement read in 2015.

But for many in Creel, the story of Indio Mario was the direct consequence of extreme poverty. A 15-year-old Rarámuri who calls himself Villalobos said: “[Indio Mario] couldn’t make a living baking bread. You can’t live with that money, and he decided to become a narco.”

The Rarámuri communities live under the world’s most impoverished conditions. The Human Development Index for the Rarámuri in Chihuahua is 0.310, a number even lower than some of the world’s most underdeveloped countries. Last year, more than 104,000 Rarámuri in the Sierra Madre Occidental were living without adequate access to food.

Villalobos does not know about these statistics, but for him the story of Indio Mario is all he needs to comprehend his community’s poverty.

“We are very poor, and many of us choose to work for the narcos, but for me it’s too scary.” Villalobos said. “You’ll end up in jail like Indio Mario, or dead, like the many we hear about almost every day.”

Randall Gingrich, director of Tierra Nativa, a non-governmental agency (NGO) based in Rarámuri territory, has seen the effect of the Mexican cartels in these communities.

“It’s awful. They are destroying the last of the Rarámuri,” Gingrich said.

Gingrich’s NGO is trying to bring awareness to the situation on the Mexican side, where he says the narco influence is growing year after year.

“As of today, five percent of the entire population in the town of Norogachi plants drugs or smuggles them into the United States,” Gingrich explained. “In Chihuahua, I could say that one of eight communities are involved with the drug business.”

What could be the end of the Rarámuri has to do with their geographic placement and who they are as a people. The Rarámuri communities are remotely lost in between deep canyons, making it almost impossible to reach without using small planes or horses. Their land also has the perfect weather to harvest plants like marijuana and opium poppy. In addition, the Rarámuri are a peaceful group. When the cartels take their land or force them to work for them, the Rarámuri peacefully obey, even though they have been living there for more than 200 years.

Close to 25 percent of all marijuana and opium poppy grown in Mexico originates in Rarámuri territory, also known as Sierra Tarahumara. According to Mexican military authorities, a regular day’s work can lead to the discovery and destruction of up to 30 planting areas of illegal drugs for every three miles.

But that has not stopped the cartels from taking advantage of the Rarámuri’s ancestral talent: to run tirelessly for days with only a pair of rubber sandals.

The Rarámuri in Texas

Chris Carlin, a Texas public defender who represented the Rarámuri in 2010, said that he will never forget the moment when he saw four terrified boys speaking very little Spanish and carrying backpacks full of marijuana. They were apprehended by Border Patrol.

“They didn’t speak English. They barely spoke Spanish!” Carlin said. “The judge decided to let them go back to Mexico with only a warning, because they didn’t understand what was going on.”

For Carlin and the judge, this was a “crazy isolated case,” but since then, groups of Rarámuri arriving into Texas loaded with drugs has escalated to a point that the U.S. District Court in Alpine, Texas, had to hire a interpreter who knows the Rarámuri dialect.

Dale Taylor, a former American missionary, has become a full-time interpreter. In the past five years, Taylor said, he has assisted on more than 15 trials against Rarámuri for drug trafficking.

“The issue has increased to a point where we created a remote connection we use when I’m not in Texas so I can serve as an interpreter.” Taylor said. “And these are only the trials where the Rarámuri stated they don’t speak English or Spanish. It could be much more.”

The reward for being part of a drug trade that generates anywhere from $19 to $29 billion?

A new pair of sneakers.

“They are being targeted for their vulnerability, basically forced to do this for a pair of New Balances,” Gingrich said.

And now that Taylor is interpreting for them in court, Carlin said, the Rarámuri that make it to trial accept their sentences with ease.

“When they are arrested and dressed in the orange suit, they suffer a lot of anxiety, but overall, they face their process in a very peaceful way.” Carlin explained. “They think it was their faith to be here, and they just had bad luck.”

However, Ken del Valle, another attorney who has represented dozens of Rarámuri in El Paso, said it is not about luck, but about numbers.

“In a single year, U.S. authorities arrest around fifty of them, only in Texas. They have been carrying larger amounts of drugs: up to two hundred kilos in a group of ten,” del Valle said.

According to testimonies, the groups of Rarámuri smuggling drugs into the U.S. are always accompanied by a guide who is not necessarily one of them.

“They are guided by a heavily-armed man who knows the road from the border to cities like El Paso, Las Cruces or Alpine. He is the one with a two-way radio and the contacts to deliver the drugs,” del Valle explained.

“A pair of New Balances don’t seem much, but they feel special,” Gingrich said. “They feel they’ll be more accepted in a world that is no longer theirs.”

2 thoughts on “Running in Rubber Sandals and Carrying Drugs: All for a New Pair of Sneakers”