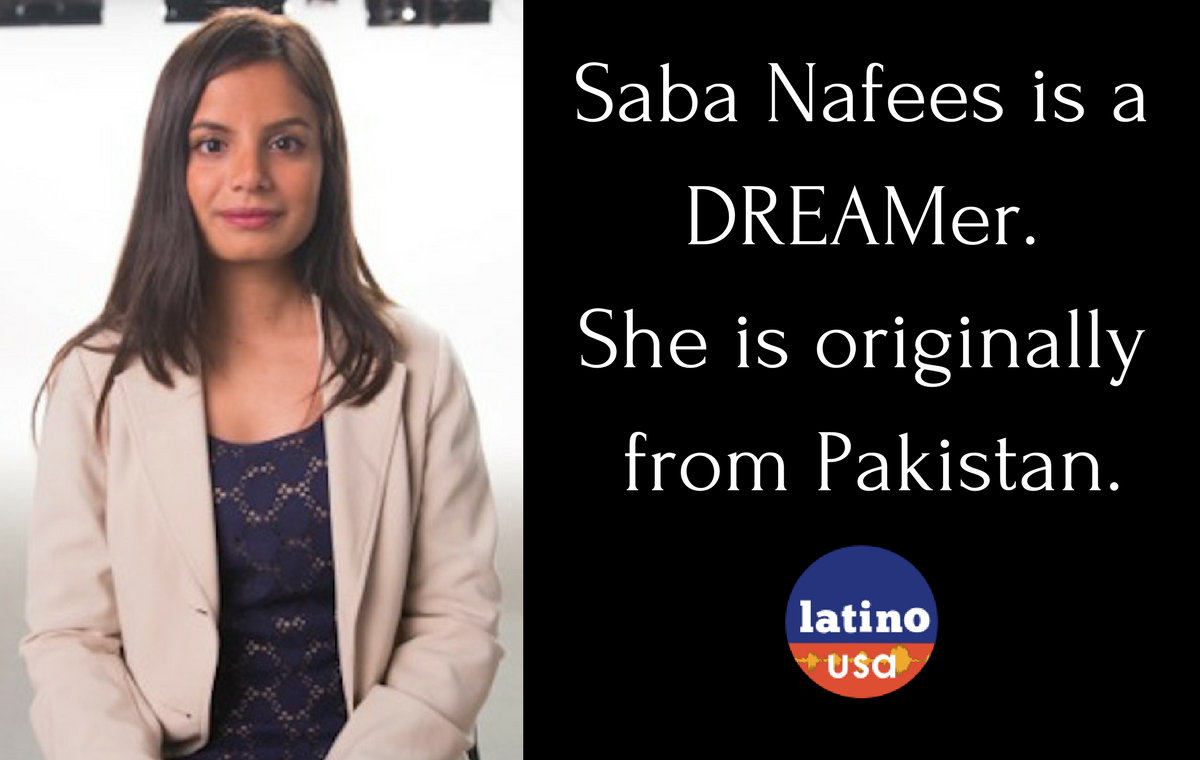 WASHINGTON, D.C. — Saba Nafees is on pins and needles. Like thousands of DREAMers, Saba is worried about what the future holds. After Donald Trump’s unexpected presidential victory last November and his swearing in on January 20, the prospects of Saba losing her temporary reprieve from deportation proceedings (granted under President Obama’s executive directive) are still in jeopardy.

A native of Pakistan, Saba is a gifted student. Currently enrolled in Texas Tech University, she is currently pursuing a Ph.D in mathematical biology and hopes for a career in the Science, Technology, Engineering and Math (STEM) industry. Saba knows no other country than the United States and is at a loss about what would happen to her if she were deported.

But like many DREAMers, she is refusing to hide in the shadows and hope for the best. Saba was recently here in the nation’s capital, meeting with lawmakers, members of the media and anyone willing to hear her story.

Bright, articulate and poised, Saba made a compelling case. Citing statistics with ease, she argued convincingly about how many DREAMers are starting businesses, becoming homeowners, pursuing STEM degrees and working hard in the local community. This is hardly a description of immigrants taking away jobs from Americans and relying on the welfare state.

Nonetheless, with a Republican-controlled Congress and a White House occupied by someone who has maligned immigrants on the campaign trail, how do Saba and others persevere? Saba has some ideas. As a student and an immigrant activist who once attended the White House to make her case, she has been able to make close contact with some of the country’s most influential policymakers. This includes Sen. John Cornyn (R-TX), one of Saba’s home state senators who she regards as a mentor.

“He doesn’t see us [DREAMers] as aliens or numbers,” Saba said.

But for every member of Congress supportive of immigration reform, there are skeptics and hardliners like Rep. Steve King (R-IA), who made headlines a few years back when he derided DREAMers by saying many of them had calves the size of cantaloupes.

How does one convince the likes of King that DREAMers should remain in the country?

According to Saba, it starts with dialogue and putting immigration skeptics at ease. Meeting King at a social gathering, Saba said that they quickly bonded over their shared interest in the sciences. Engrossed in the conversation, King waved off a staffer who was trying to get him to his next event. Still, Saba knew she had to act. Not everyone has the ear of a sitting congressman. With some trepidation, Saba told King her story. Stunned, the Iowa congressman awkwardly tried to save face.

“I have to run, but keep up the good work,” was how King ended the conversation, according to Saba.

However uncomfortable it was for King, Saba is convinced that this is a more effective approach in winning over skeptics.

“First, you have to talk to him and make him comfortable,” Saba said.

Tactically, Saba thinks that this is critical if immigration activists like her are going to succeed in making their case to policymakers.

They might get the headlines, but are these tactics effective?

Other groups concur —including the LIBRE Initiative, a Hispanic advocacy group supportive of immigration reform— going so far as to think that such tactics are counterproductive.

“Imposing one’s position and making demands on elected leaders in ways that come across as loutish or impolite is oftentimes not the best way to achieve legislative reform,” said Daniel Garza, LIBRE’s executive director.

In a radically different political landscape, is it time for immigration activists to reconsider their tactics? If the end result is meaningful and permanent immigration reform that will include allowing hard-working and intelligent students like Saba to stay in the country, does it really make sense to harass and insult the people that could make this happen?

Immigrants like Saba are relying on the immigration lobby to get this right.

Israel Ortega is a Senior Writer for Opportunity Lives, an online news publication. You can follow him on Twitter @IzzyOrtega.