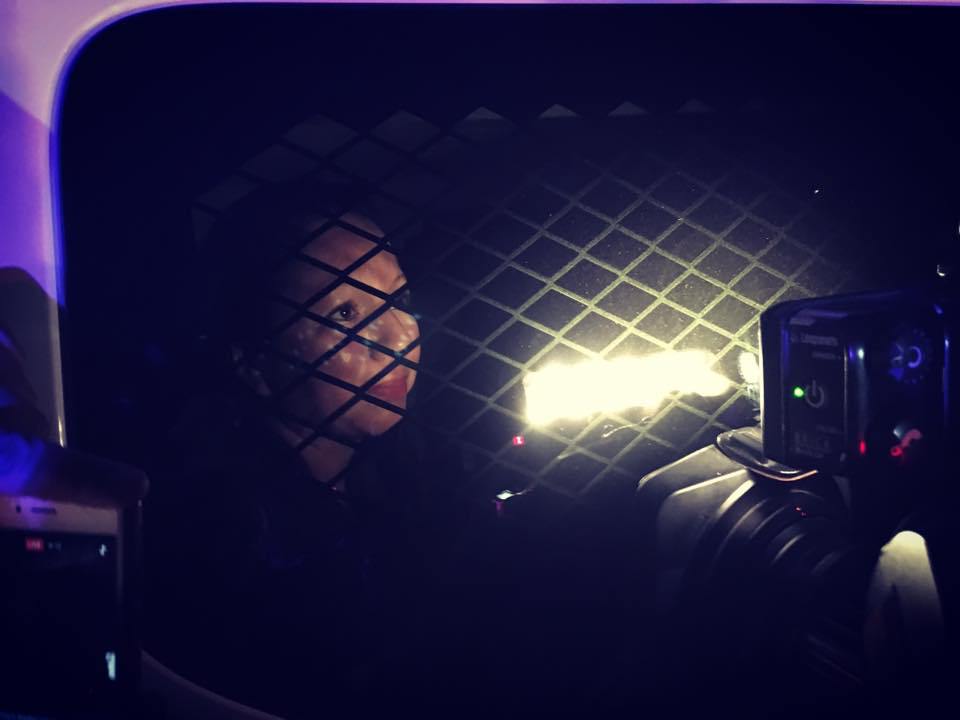 While her case earned national attention Wednesday night due to an immigration protest that led to seven arrests in Phoenix, Guadalupe García de Rayos was deported to Mexico on Thursday morning, her lawyer confirmed on a press call.

#GuadalupeGarcia has been deported to Mexico, her lawyer says.

On Wednesday, García de Rayos was making her regular yearly visit to the Immigration and Customs Enforcement (ICE) offices in central Phoenix when she was detained. Soon, the 36-year-old mother of two was in an ICE van, while her family feared her deportation and protests quickly made national headlines.

“We were informed recently by the Mexican consulate that my client was deported from the country,” Ray Ybarra Maldonado, García de Rayos’ attorney said. “[Wednesday] I accompanied her into an ICE check-in, which was something that she was doing regularly and had done so without any problems whatsoever under the Obama administration. Unfortunately, I didn’t walk out with her. I think this was a direct result of the new executive orders that are being put into action. President Trump calling them ‘enhancing public safety,’ which really appears only to be attacking immigrant communities and attacking people of color.”

“I am angered that the fact that ICE told me that they would give me a response soon to the stay of deportation we put in,” Ybarra Maldonado continued. “[Wednesday] at 5:30 I was told a decision would come shortly. As of this [Thursday] morning, those cowards have still yet to even return my calls, to even send me an email, to give me any information about why they denied our stay. Guadalupe has two U.S. citizen children. She’s been the country since she was 14 years old. She missed being DACA-eligible because she was four months older than the age requirement.”

#GuadalupeGarcia lawyer Ray Ybarra Maldonado says it was a "routine check-in" for his client and he blames Trump EO for it.

Carlos Garcia Director of @PuenteAZ said that Lupita might have sacrificed herself for others who have regular ICE check-ins.

When media reached out to ICE on Wednesday, it said in a written statement that “relevant databases indicate Ms. García de Rayos has a prior felony conviction dating from March 2009 for criminal impersonation.” That conviction was a result of 2008 raid at García de Rayos’ workplace. As AZCentral reported, García de Rayos “was swept up in one of former Maricopa County Sheriff Joe Arpaio’s work-site raids targeting the Golfland Entertainment Centers, which operated several water and mini-golf parks. Sheriff’s deputies seized hundreds of employment records and later arrested García de Rayos at her house in Mesa. She pleaded guilty to a charge of criminal impersonation, a Class 6 felony, the lowest level.” She was also detained for six months at the Eloy Detention Center.

Ybarra Maldonado is one of the attorneys who is arguing that Arpaio’s work raids were unconstitutional. That case is still with the Arizona courts. He also cited Arizona’s identity theft laws as a reason why his client was also in ICE proceedings since 2009.

“There is no ‘you’re time is up’ when it comes to ICE,” Ybarra Maldonado said. “It’s their discretion. They can keep using it year after year. There’s nothing about ‘you’re time is up.’ That’s a ridiculous response to separating a family.”

Ybarra Maldonado also confirmed during the press call that senator John McCain’s local Phoenix office did make a call into ICE about trying to put a stay on García de Rayos’ deportation.

“I don’t know what the senator himself did, but I know that his office was involved,” Ybarra Maldonado said.

#GuadalupeGarcia lawyer said @SenJohnMcCain office was involved in making a call to @ICEgov for Lupita's case.

Immediately after the press call, Ybarra Maldonado joined García de Rayos’ family as well as members of Puente Arizona (who filed Puente et. al. v Arpaio) at a press conference that was streamed on Facebook:

“To anybody watching out there, what was Guadalupe doing to you last week that was causing you harm?” Ybarra Maldonado said. “Absolutely nothing. These new executive orders on public safety are a complete sham. This has nothing to do with public safety. It has everything to do with separating families and kicking people of color out of our country.”

#GuadalupeGarcia husband says she chose to check in with @ICEgov and not choose sanctuary. He says she was not a threat.

Puente members also said that García de Rayos’ deportation should signal to others who were part of Arpaio’s raids or those who have yearly check-ins with ICE that deportation actions might be accelerated for them. They acknowledged that these types of deportations have been happening in Phoenix on a regular basis under the Obama administration, but also expressed concern that Trump’s executive orders will add to more immediate and frequent removals.

.@PuenteAZ said that #GuadalupeGarcia could be first undocumented person in Trump era to attend her yearly @ICEgov check-in & get deported

Carlos Garcia of @PuenteAZ said that @BarackObama set the deportation machine forward, but new @POTUS will escalate these policies.

On Thursday afternoon, Stanton’s Twitter profile posted a statement about García de Rayos’ deportation and the protests. He called the situation “a travesty:”

Despite the tweet from Stanton’s account, Puente’s Carlos García called for the mayor to “defy Trump” and Arizona’s SB 1070 law:

“The city of Phoenix has instructions to profile us in its police manual,” García said in a statement. “If Mayor Stanton wants to stand with families like Lupita’s like he says he does, he needs to defy Trump and SB1070 and create real protections for them. What we saw last night is Phoenix police and federal deportation agents working hand in hand to separate a family and that needs to stop.”

Penzone told The Los Angeles Times on Thursday that “ICE is going to stay in the jails right now because there are people who have committed serious crimes, violent crime. I have a responsibility to ensure that we’re facilitating other agencies to act in a manner that they’re empowered to.”

In response to the García de Rayos’ deportation, ICE released a statement on Thursday:

“Ms. Garcia’s immigration case underwent review at multiple levels of the immigration court system, including the Board of Immigration Appeals, and the judges held she did not have a legal basis to remain in the U.S. ICE will continue to focus on identifying and removing individuals with felony convictions who have final orders of removal issued by the nation’s immigration courts.”

BuzzFeed reported that the Trump administration also shared its thoughts about the deportation:

“A Trump administration source, however, said they believe the universe of people who are in Garcia de Rayos’s position — felony convicts with an outstanding removal order — is small. A Washington Post attempt to figure out the number Thursday was unsuccessful because the government does not release those figures, but estimated that it would be thousands of people.”