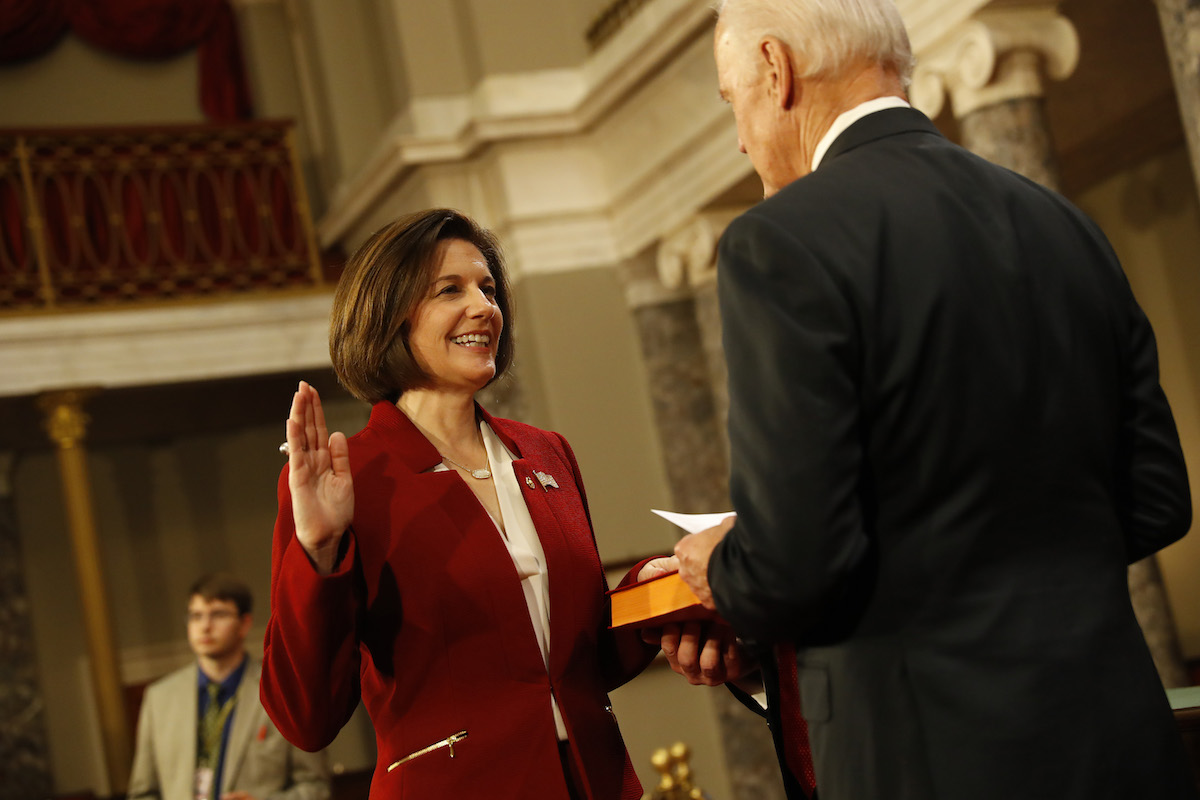 In addition to President Trump, someone else was making headlines in November: Catherine Cortez Masto, who became the country’s first Latina senator. The granddaughter of a Mexican immigrant, and one of the first in her family to attend college, Cortez Masto rose through the ranks—from criminal prosecutor, to state Attorney General to U.S. Senator representing Nevada.

The Democrat galvanized Nevada’s Latino electorate with her pro-immigrant stance, and also by inviting Mexican soap opera stars, singers and entertainers into the Las Vegas community to excite her voters, causing some to accuse her of pandering to Latinos. In response, she called those accusations as “an attack on Mexican-Americans.”

Senator Cortez Masto isn’t one to sit down and stay quiet when she sees injustice or discrimination. She’s been vocal about many of President Trump’s decisions, whether it’s his travel and refugee ban or his choice of Jeff Session for Attorney General.

But how much power can a Democrat in Congress full of Republicans truly wield? Already, we’ve seen a filibuster to block Betsy DeVos’ nomination to Secretary of Education fail, and Senator Elizabeth Warren being stopped from reading a letter by Coretta Scott King on the Senate floor.

Latino USA host Maria Hinojosa speaks with Senator Cortez Masto about what it’s like to finally be on the inside, while being outnumbered.