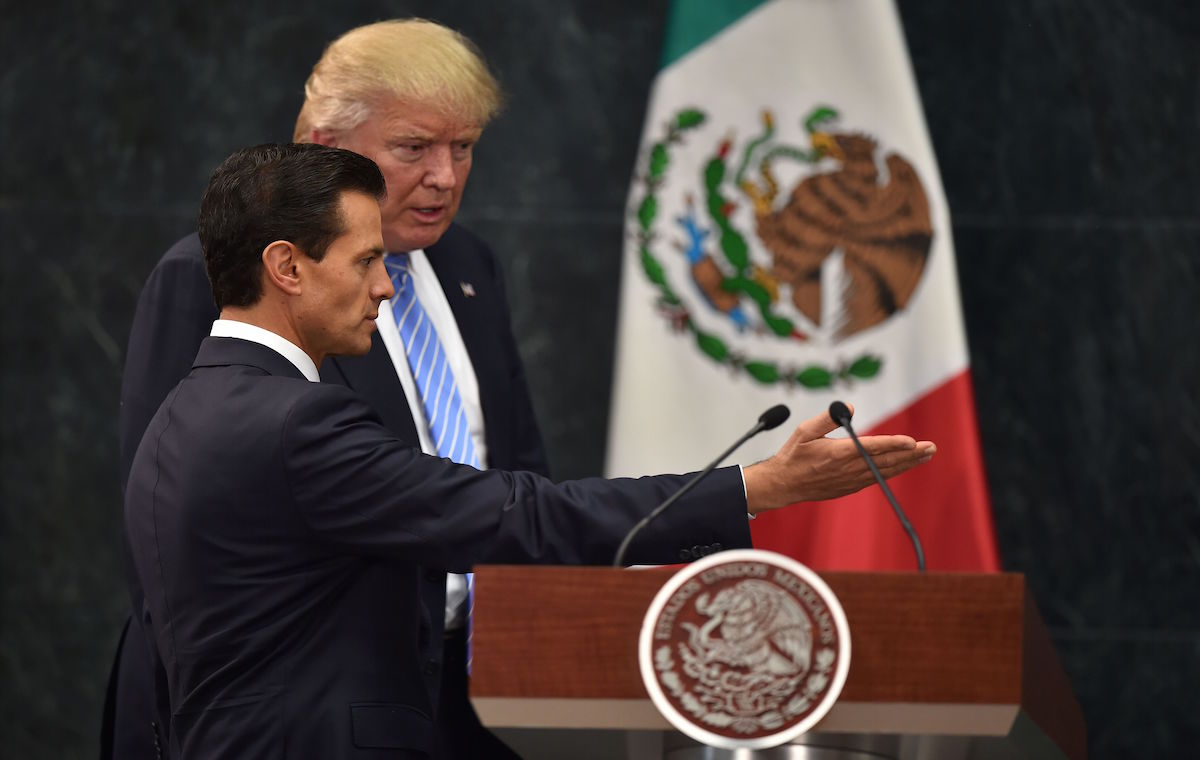 President Donald Trump has talked about Mexico and Mexicans since he announced he was running for president in 2015. He has insulted the Mexican people and said he would make Mexico pay for an extension of the border wall—something Mexican President Enrique Peña Nieto said would not happen.

In recent weeks, online videos and media campaigns in Mexico have pushed for the boycott of U.S. products to protest Trump and social media campaigns have encouraged people to change their profile photos to the Mexican flag.

Mexico and the U.S. not only share 2,000 miles of border, they are deeply connected by trade, tourism, economics and culture. So in a time when Mexico’s president has the lowest approval rate in recent history at 12 percent and with a U.S. president who continues to insult Mexico, what’s at stake for the two countries in the coming years?

We spoke with John Ackerman about his recent pieces on Politico and The Atlantic about the complicated relationship between the U.S. and Mexico.

Ackerman is the editor-in-chief of The Mexican Law Review, a writer and columnist, and a professor at the Institute for Legal Research of the National Autonomous University of Mexico.