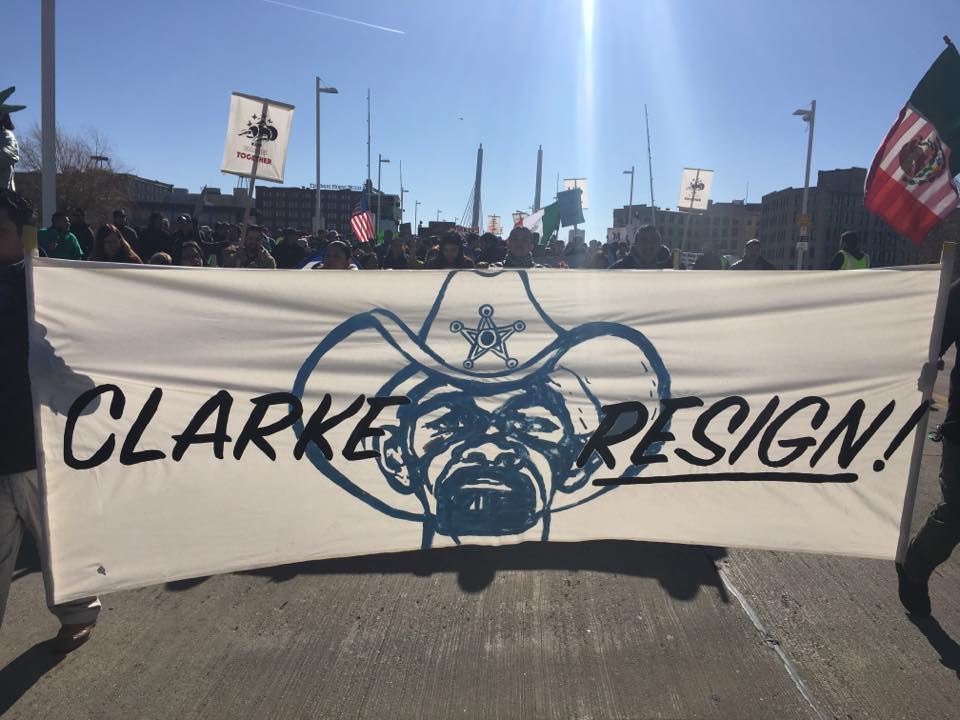 A protest called “A Day Without Latinos, Immigrants and Refugees” drew “several thousand” marchers Monday in Milwaukee, as demonstrators pushed for immigrant rights, spoke out against recent nationwide arrests by Immigration and Customs Enforcement (ICE) and focused on the immigration enforcement policies of Milwaukee County Sheriff David A. Clarke Jr.

The hashtag #DayWithoutLatinos included videos and images of the march:

Easily close to 3,000 people at this #daywithoutlatinos protest in #Milwaukee. Workers, families, students and business owners all here. pic.twitter.com/xtiYowIvyk

Many marchers are carrying signs that say “Keep families together” and “Refugees are welcome.” #daywithoutlatinos pic.twitter.com/pE2YWIbQFx

This has been marching by for the past 20 min! #daywithoutlatinos #Milwaukee pic.twitter.com/n5TbhNUjBs

In Milwaukee, tens of thousands on strike and marching, hundreds of businesses closed to #StopClarke #daywithoutlatinos pic.twitter.com/YmUJ0wr3aS

Voces de la Frontera, one of the groups who organized the march, also shared a Facebook live video of the demonstration:

Local Milwaukee media streamed part of the march as well:

During the march, Clarke posted the following at his department’s official Facebook page:

The U.S. is a sovereign nation with borders that have to be enforced and protected. According to the US Constitution, the CONGRESS has the authority to set lawful immigration rules, not a mayor, a governor, a city council or county board. Nobody has a RIGHT to come to the U.S. You can however make a REQUEST to come here through our immigration service.

The U.S. has an interest in controlling its borders for many reasons, chief among them are for 1) national and domestic security reasons, 2) to prevent the spread of infectious diseases e.g. H1N1 flu, Ebola, and 3) to control the number of another failed nation’s refugees which would overwhelm America’s limited public services.

There must be a zero tolerance for allowing people to illegally enter this country and establish permanent residency. We finally have a President who has a sense of urgency about faithfully defending our borders and I am going to help as outlined under an Executive order for the Immigration and Customs Enforcement Agency to partner with local law enforcement.

2 thoughts on “Thousands March in ‘A Day Without Latinos, Immigrants and Refugees’ Milwaukee Protest”