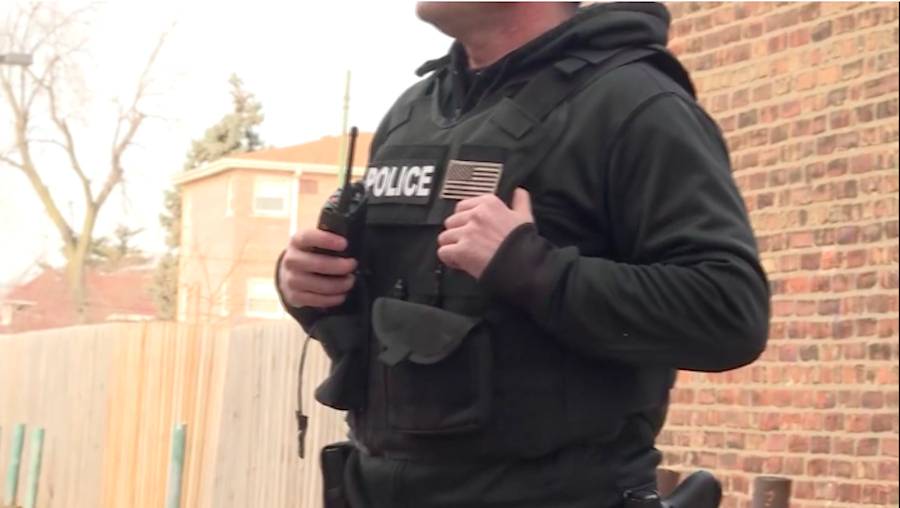 AUSTIN, TEXAS — Immigration advocates across the country expressed concern that the recent arrests of more than 680 people by U.S. Immigration and Customs Enforcement (ICE) is routine business, as the agency has publicly stated. Conflicting information has resulted in fear among the undocumented immigrant population, and has, at times, resulted in extreme reactions, such as parents pulling their children from school. Advocates acknowledged ICE may be targeting individuals with criminal records or who pose a threat to public safety, but they said other immigrants caught who do not fit this criteria are also being arrested.

Perez said she couldn’t speak for other cities but vehemently defended here organization’s stance that “people’s doors were knocked on” and certain groups were targeted recently.

Grassroots Leadership fields on average about two calls daily regarding immigration services but Perez said that number soared to hundreds over the last few days.

“A whole lot of them were just folks wanting information, but there were easily a dozen calls from folks whose family had been picked up by ICE,” Perez said.

She said the Central Texas Spanish-speaking community is familiar with the phone number, so the spike is too coincidental to be attributed to another factor.

ICE officials have defended their actions, saying that 75 percent of those detained in the Los Angeles, Chicago, Atlanta, San Antonio and New York City areas had criminal backgrounds, ranging from driving under the influence, weapons charges to battery and assault, drug trafficking, sexual assault of a minor, aggravated sexual abuse and homicide.

Some of the individuals arrested include gang members, those who illegally re-entered the country after being removed and immigration fugitives previously ordered removed by federal immigration judges.

In addition to Kelly’s statement, ICE released a series of memos detailing descriptions for just 15 of the 678 individuals arrested in the urban areas listed in Kelly’s statement. ICE told Latino USA that it hopes to release more detailed information about the individuals arrested in the recent enforcement actions but it is currently modifying existing privacy policies, in light of President Trump’s January 25 executive order, which stated that “agencies shall, to the extent consistent with applicable law, ensure that their privacy policies exclude persons who are not United States citizens or lawful permanent residents from the protections of the Privacy Act regarding personally identifiable information.”

ICE Director Thomas D. Homan was scheduled to meet on Tuesday with the Congressional Hispanic Caucus (CHC) to address concerns. However, the meeting was cancelled, after CHC officials said agency officials wanted to get the U.S. House of Representatives involved for a more bipartisan representation.

CHC and Democratic leaders held a press conference Tuesday afternoon in response to the cancelled meeting.

“The request to have the meeting was to get real information data about who was apprehended, who were the targets, where, and confirm that information with our constituents,” said Rep. Michelle Lujan Grisham (D-NM), chairwoman of the CHC.

Lujan Grisham said the CHC wanted to ensure the law is followed, people know their rights and are receiving due process, and diminish fear and panic.

The New Mexico Democrat also said she had a conversation with Homan just before the press conference, who confirmed the agency understands the CHC’s request about who was specifically being targeted and why.

“He confirmed they reached out to Republican leadership in the House for a bipartisan meeting,” she said.

Lujan Grisham said that “unlike other actions in the past,” Homan confirmed these recent actions are broader in scope and can be aimed at anyone with or suspected to have a criminal record.

“I’m concerned because that’s a shift,” Lujan Grisham said, adding it was in line with Trump’s executive order.

A new meeting is scheduled for Thursday but the time has not been confirmed.

The canceled meeting was a result of a letter the CHC sent to Homan last Friday.

“These raids have struck fear in the hearts of the immigrant community as many fear that President Trump’s promised ‘deportation force’ is now in full-swing,” the letter read. “It is critical that we meet with you in person immediately to discuss the impact these raids have had on our communities as well as obtain clarifying guidance on how ICE policies will differ from the last Administration.”

Meanwhile, Karla Patricia Alcala-Navarette, a family unity and deportation defense attorney for the Coalition for Humane Immigrant Rights of Los Angeles (CHIRLA), is representing Manuel Mosqueda, who was arrested but has not been deported. Last week, ICE agents showed up in his Los Angeles home, looking for someone else and placed Mosqueda on a bus to Mexico after learning he was in the country illegally.

Alcala-Navarette said another lawyer filed federal court papers and managed to get a judge to stop the deportation. Mosqueda remains in a Southern California jail as of Tuesday morning.

“This is someone who does not have any type of criminal background,” said CHIRLA director of communications Jorge-Mario Cabrera. “Even if he did, we must remember while ICE provides us with statistics, we know these people’s stories and we know they’re suffering.”

Cabrera would not confirm whether the 16 detained individuals CHIRLA is defending have criminal backgrounds.

“All of the ones we are representing do not pose a threat,” he said. “Our focus is to reunite families. Our focus is to ensure the Trump administration’s hunger to fulfill his campaign promise is not fulfilled.”

Echoing the sentiments of other advocates, Cabrera said he does not believe ICE’s public statements calling the procedures ordinary.

“What they determine as ordinary we determine to be out of whack and a witch hunt on our community,” he said.

Cabrera called for transparency and clarity on ICE’s action and hoped the cancelled CHC meeting would have been a step in the right direction.

Many immigration rights advocates acknowledge similar sweeps happened during the Obama administration, but as Latino USA previously reported, there is consensus the latest round of ICE arrests has widened the net.

Per previous reports, ICE announced in March 2015 that it made around 2,000 arrests during Operation Cross Check. According to ICE, more than 1,000 individuals had multiple criminal convictions. More than 1,000 had felony convictions, including voluntary manslaughter, child pornography, robbery, kidnapping and rape.

Despite the emphasis of apprehending those with criminal convictions, ICE acknowledged it might come across others who have violated immigration law during their sweeps.

“During targeted enforcement operations, ICE officers frequently encounter additional suspects who may be in the United States in violation of federal immigration laws,” a fact sheet released by ICE on Monday stated. “Those persons will be evaluated on a case by case basis, and, when appropriate, arrested by ICE.”

CHIRLA is not convinced only undocumented immigrants with criminal records are being targeted presently.

“We believe they are shifting priorities and nabbing anyone they find” to be undocumented, Cabrera said.

The Mood in New York

The New York Immigration Coalition has also taken the stance that the ICE statements and arrest memos do not fully address concerns of immigrants or their advocates.

“Our stance continues to be that we are horrified,” said NYIC senior communications manager Thanu Yakupitiyage. “There has been a clear ramp-up of enforcement activity.”

She said Kelly’s statement does not define what constitutes a criminal conviction in the agency’s eyes. Yakupitiyage believes ICE should release detailed information about the criminal convictions. Otherwise, she said, there is fear among the masses that a minor offense will be treated the same as a serious offense.

“I think we need to have answers about what ICE’s priorities are now,” Yakupitiyage explained. “If they’re going to release some information about individuals then they need to provide all of the information.”

According to Yakupitiyage, four of the five individuals of Mexican origin who were arrested in Staten Island recently, have children with U.S. citizenship.

“So this has greater impact beyond just the people who are arrested,” Yakupitiyage said.

One thought on “Immigration Advocates Remain Skeptical About ICE Actions”