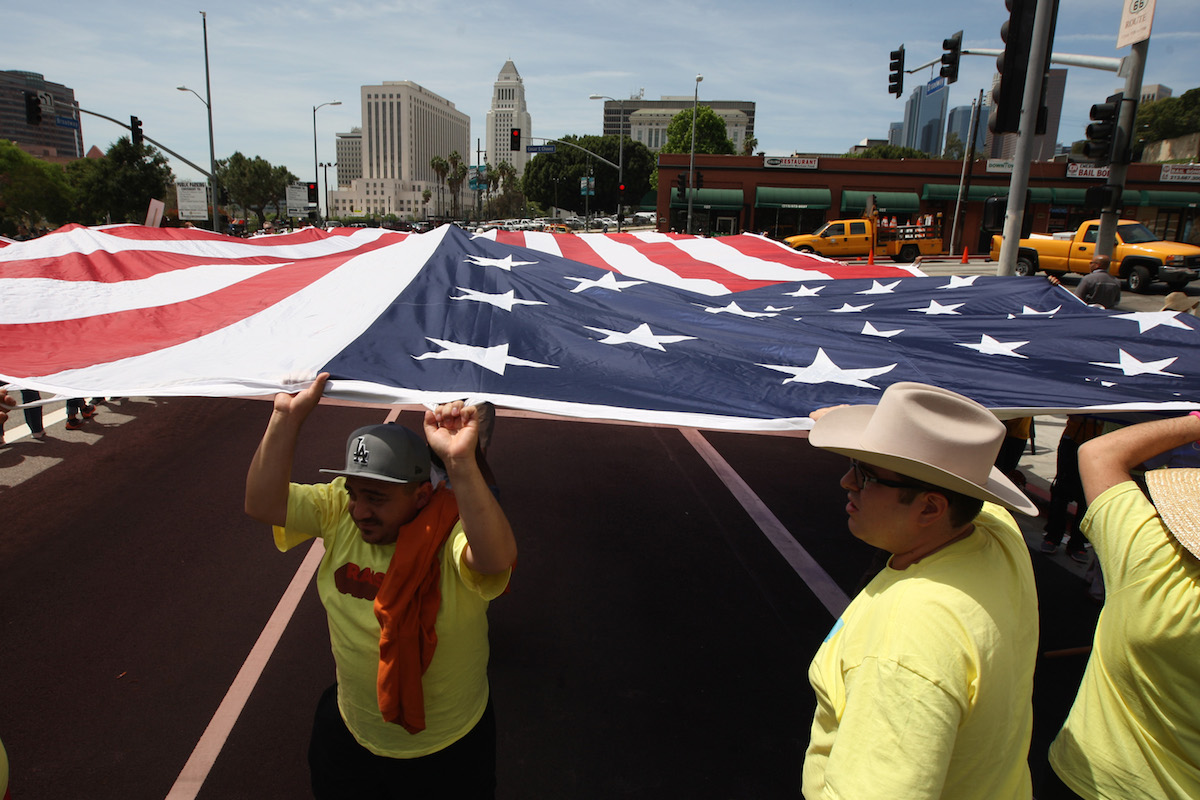 People carry a huge American flag in a march to the Metropolitan Detention Center during one a several May Day immigration-themed events on May 1, 2014 in Los Angeles, California. (Photo by David McNew/Getty Images)

A report released Thursday morning by the Institute on Taxation and Economic Policy (ITEP) said that undocumented immigrants in the United States contribute around $11.74 billion in state and local taxes. The contributions come from a variety of taxes, including sales, excise, personal income and property taxes.

“Good policy is informed policy,” ITEP director of programs Meg Wiehe said via a press release. “Just as the horrendous impact of breaking up families under a mass deportation policy should not be ignored, nor should policymakers overlook the significant contributions undocumented immigrants make to our state and local revenues and the economy.”

“Keep in mind most state and local taxes are collected from people regardless of citizenship status,” Wiehe added. “Undocumented immigrants, like everyone else, pay sales and excise taxes when they purchase goods and services. They pay property taxes directly on their homes or indirectly as renters. And, many undocumented immigrants also pay state income taxes.” A previous report from 2016 had estimated the contributions to be around $11.6 billion. Thursday’s ITEP report is an update from that 2016 report.

The ITEP site also categorized tax contributions by state. California tops the list at $3.1 billion with Montana is at the bottom of the list with a just over $550,000. In addition, the new ITEP report said that “undocumented immigrants’ nationwide average effective state and local tax rate (the share of income they pay in state and local taxes) is an estimated 8 percent.”

ITEP also added that “granting legal status to all 11 million undocumented immigrants as part of a comprehensive immigration reform and allowing them to work in the United States legally would increase their state and local tax contributions by an estimated $2.1 billion a year.”

The group also referred to President Trump’s latest immigration policies, saying that any deportation increases “would have an impact on businesses” as well as “an immediate impact on many state and local coffers without the tax contributions of undocumented immigrants.”

Here is the complete report:

4 thoughts on “Report: Undocumented Immigrants Pay Around $11.7 Billion in State and Local Taxes”