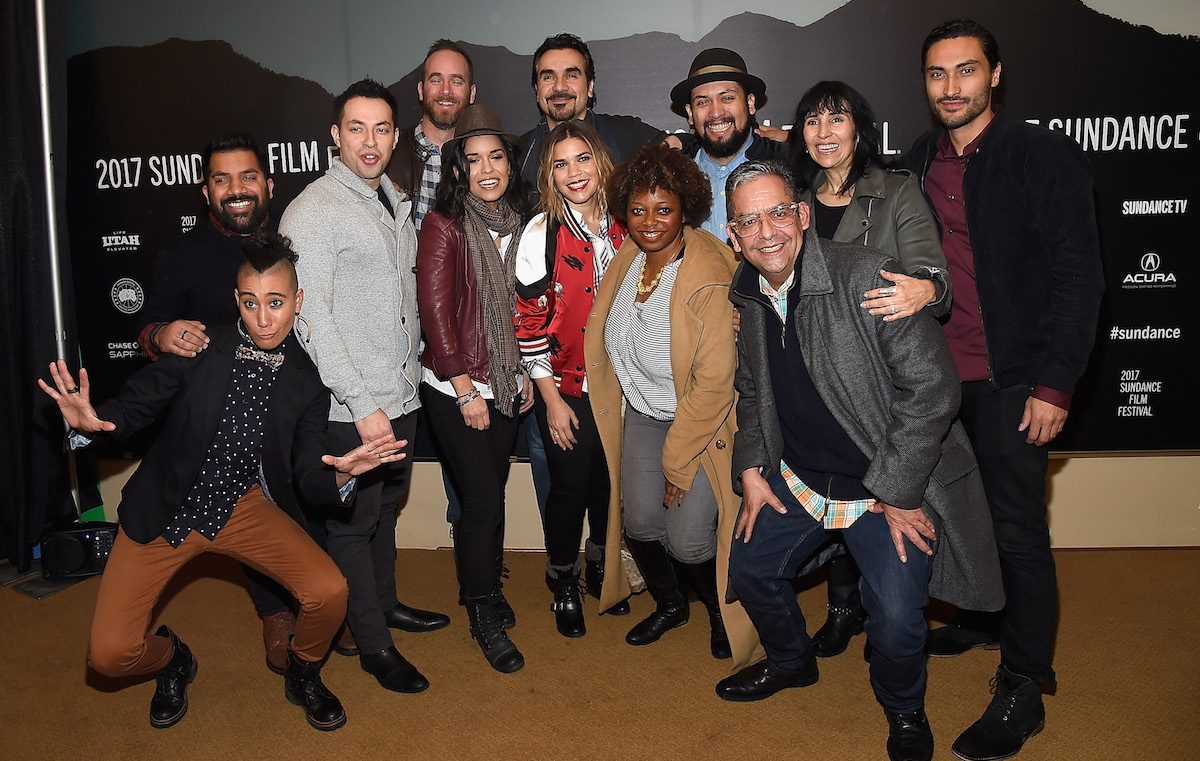 Latinos born in the United States come up against a unique set of challenges compared to directors working in Latin America who often have access to government funding for their projects. This is evidenced by the vast disparity between the amount of Latin American movies circling the globe at Class-A festivals, compared to Latino ones. If you glance over the lineup for Cannes, Berlin, or Venice you’d be hard-pressed to find even one Latino filmmaker on the list. Meanwhile Mexican, Chilean, Brazilian, and Argentine productions are racking up awards at these same fests. Sundance, with its ever-growing content categories and a concerted effort at showcasing diverse voices, offers only slightly better odds for U.S. Latinos.

Acceptance into a prestigious film festival like Sundance is a badge of honor for directors. It’s fiercely competitive with only a small fraction of the projects submitted granted acceptance. Once you do make it, it’s a Pandora’s box of managing interview requests, reading your good and bad reviews, perfecting the art of schmoozing, and maximizing party invites while surviving below-freezing temperatures. For any first-timer it’s an overwhelming experience, but what’s it like for a Latino director, writer, or producer to step into Park City’s winter wonderland of snowy mountain caps and mostly white audiences?

Amidst the madness of inauguration day, we gathered a group of American Latino creators who’d been accepted into the 2017 Sundance Film Festival for a frank conversation on the obstacles they face —financial, social, and political— when telling their stories.

Marvin Lemus, the director of Gente-fied, a gut-busting web series that illuminates the diversity inside of Boyle Heights’ Latino community and screened in the Short Form Episodic Showcase, was joined by his writing partner Linda Yvette Chavez. They shared the joys of working with Macro Ventures, the production company that funded their series and gave them free reign to make as many references to Juan Gabriel or Walter Mercado as they felt necessary.

William Caballero, writer-director of the heartwarming stop-motion animation short Victor & Isolina, spoke openly about how the new President will (or won’t) affect the work he creates.

Antonio Santini, one half of the directing duo behind the gorgeously shot and tender documentary Dina, opened up about the difficulties of finding commercial opportunities for his previous film Mala Mala and why he thinks this new movie has a better chance.

Peter Bratt, the only filmmaker in the group at Sundance for the second time, revealed the name of the angel investor who bankrolled his cinematic homage to activist Dolores Huerta. Containing a treasure trove of archival footage of Latinos fighting for equal rights throughout the decades, the documentary —simply titled Dolores— played in the U.S. Documentary Competition.

Get a bunch of Latinos together and you’re guaranteed to have a lively and heartfelt chat. For this one, no one held back.

One thought on “Why Do Latin American Filmmakers Get More Attention Than US Latino Filmmakers?”