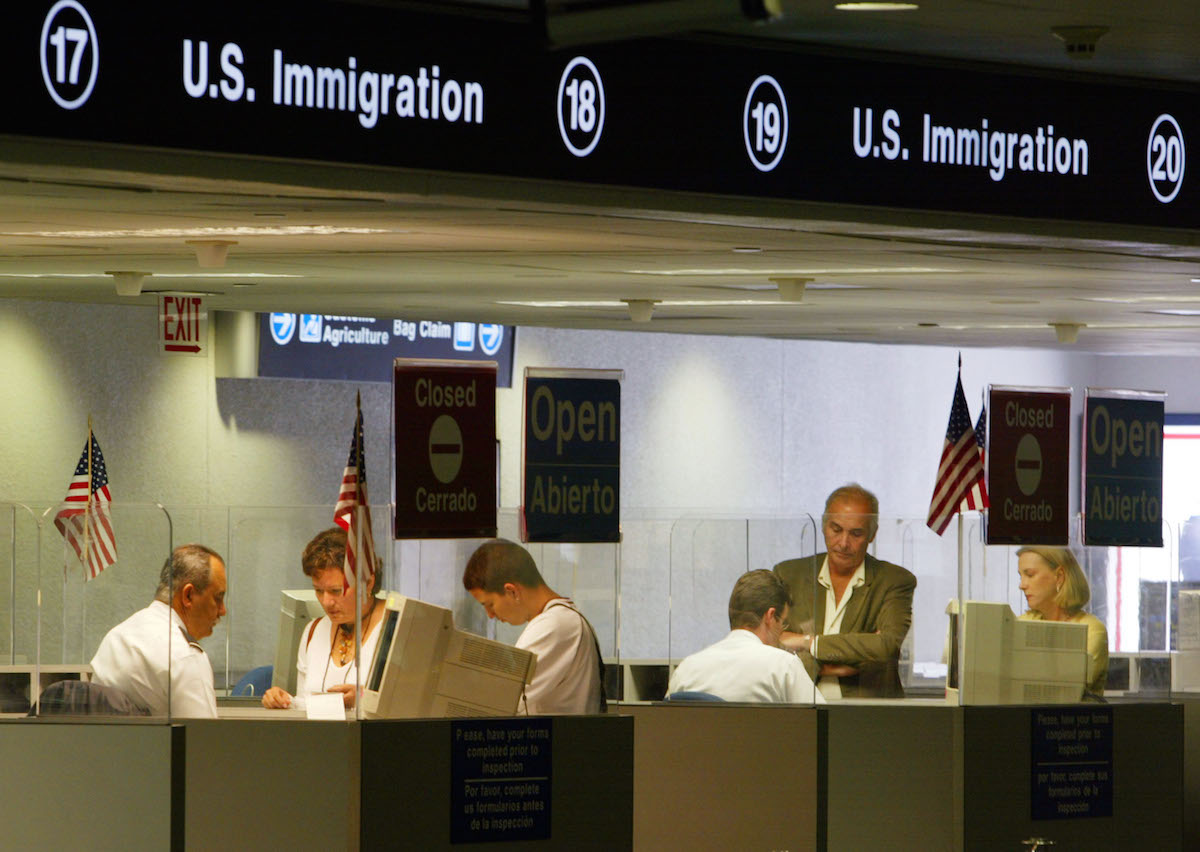 A new report released Tuesday by the Center for Migration Studies (CMS) said “that two-thirds of those who arrived [to the United States] in 2014 did not illegally cross a border, but were admitted (after screening) on non-immigrant (temporary) visas, and then overstayed their period of admission or otherwise violated the terms of their visas.” The CMS report concluded that “this trend in increasing percentages of visa overstays will likely continue into the foreseeable future.”

The findings, part of a report called “The 2,000 Mile Wall in Search of a Purpose,” also explained that since 2007, overstays have outnumbered undocumented individuals who crossed the border by 600,000 people.

The report was in response to President Trump’s policy promise to construct a wall across the U.S.-Mexico border.

“The Trump administration has made the construction of an ‘impregnable’ 2,000-mile wall across the length of the U.S.-Mexico border a centerpiece of its executive orders on immigration and its broader immigration enforcement strategy,” said CMS executive director and report co-author Donald Kerwin, via a press release. “However, the initiative has been broadly criticized as expensive, inefficient, ineffective and detrimental to local communities, the environment and property rights. Our findings offer an additional reason to question the necessity and value of constructing a wall: the large and growing percentage of newly undocumented persons will bypass the wall entirely and simply overstay their visas.”

To present its data, CMS divided its own estimates about the country’s 2014 undocumented population into two groups: overstays (“undocumented residents who entered the United States with valid temporary visas and subsequently established residence without authorization”) and entries without inspection (EWIs, “undocumented residents who entered without proper immigration documents across the southern border”). It then used Department of Homeland Security 2015 estimates of overstays.

CMS also concluded that as of 2014, 4.5 million individuals (“or 42 percent of the total undocumented population”) were overstays. This figure took into account the recent trend in growth of overstays, including the 2014 percentage of new overstays.

When it comes to countries, the report listed Mexico as the top nation for overstays and EWIs, but recent trends show that other countries have a larger percentage share of new 2014 overstays, when compared with those who head back to their home countries. For example, the percentage of overstays from Nicaragua and the Dominican Republic are more than 50%, respectively. The four states with the largest number of overstays were California, New York, Texas and Florida. As for EWIs, California and Texas combined for 47% of the 6.4 million EWIs in 2014.

Here is the complete report: