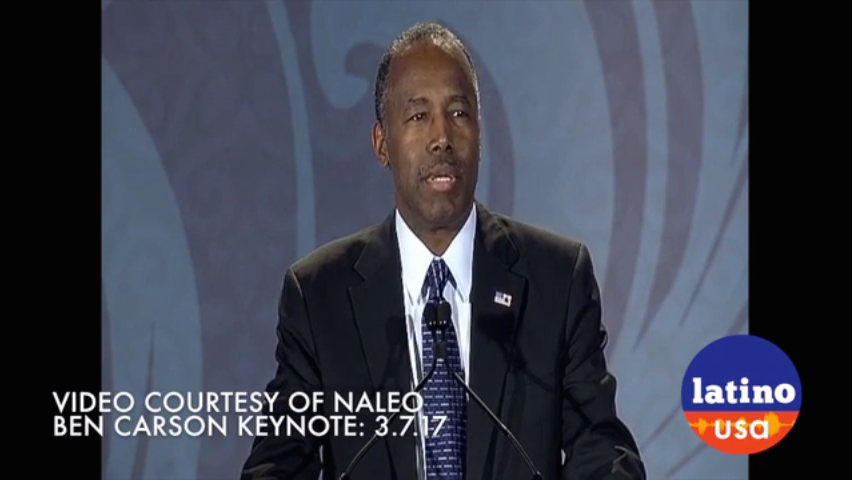 The day after Housing and Urban Development Secretary Ben Carson was criticized for saying that slaves were immigrants (comments he later clarified in a public Facebook post as well as with a link to comments President Obama had made previously), the former Republican presidential candidate told a group of Latino elected officials that Americans needs to stop criticizing each other.

“One of the things that I think is critical is that we stop criticizing everybody,” Carson said during a Tuesday night keynote speech he gave at the National Association of Latino Elected and Appointed Officials (NALEO) Edward R. Roybal Legacy Gala in Washington, D.C. “You know, typically what happens is we change administrations and a new administration just comes in and criticizes the other one forever. And then we fling to this side, and then we fling to this side, but we never seem to make forward progress. And what we have to recognize is that whatever was done before is a stepping stone to get us further in the right direction.”

During his NALEO remarks, Carson did not specifically address his Monday comments, and instead offered a message of the importance of thinking “out of the box” and developing “human capital” for the United States to compete in a global economy.

“Here in America we have 330 million people,” Carson said later in his speech. “Sounds like a lot of people but it’s a quarter of the people they have in China or India. And we’re going to have to compete with them in the future, which means we have to develop all of our people. We can’t afford to let any of them languish. We have a situation where up to 20 percent of people entering high school don’t finish. We have a situation where we have five percent of the world’s population and 25 percent of the prison inmates. We can’t allow that to stand. We need to recognize that every individual is human capital to be developed. If not developed, it becomes part of the load. If developed, it becomes part of the engine. And we’re going to learn how to work across silos and create comprehensive plans that encompass education, that encompass job training, that encompass utilizing all of our resources and of all our departments so that we use government as a springboard to push people to a higher level.”

Here is a video of Carson’s complete remarks from the Tuesday gala, which honored Rep. Mario Díaz-Balart (R-FL) and his brother, former Rep. Lincoln Díaz-Balart:

This is the second time Carson has addressed NALEO. In 2015, he was the only Republican presidential candidate who accepted the organization’s invitation to speak at its annual conference.