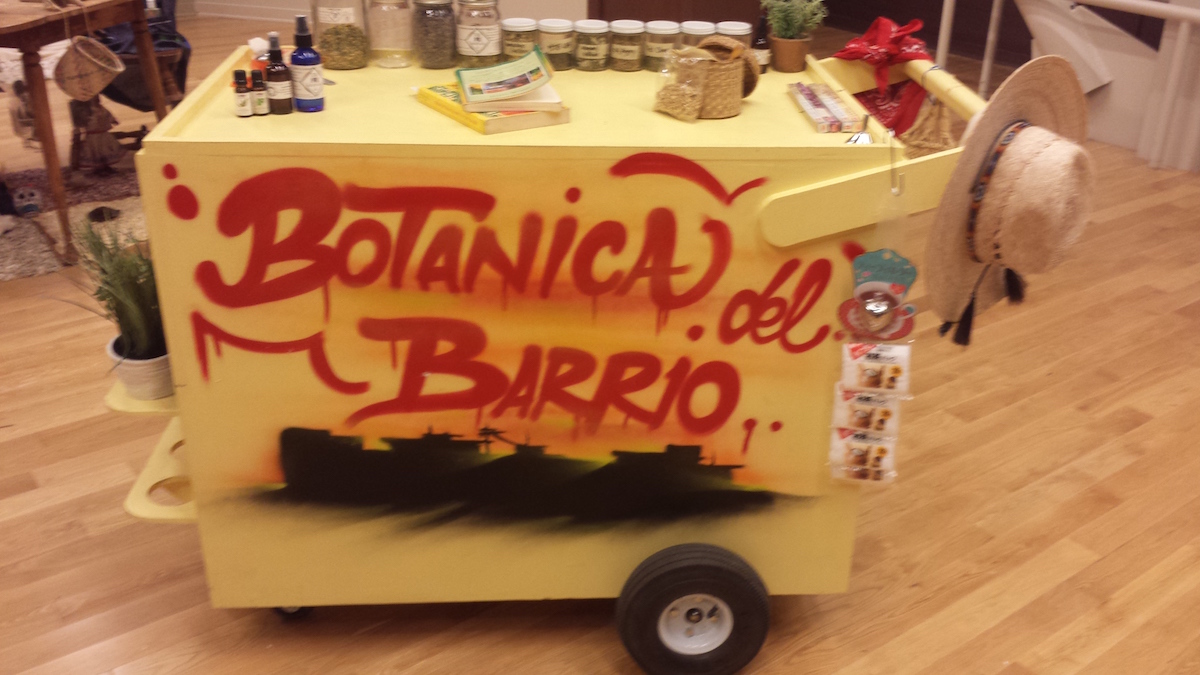 LOS ANGELES — Mujeres de Maiz (Women of the Corn) is an intercultural, interdisciplinary collective that has worked for 20 years to encourage women’s creativity and empowerment. The group is primarily Chicana-led, but it’s open to women of all backgrounds who want to be involved in activities that honor women culturally, politically, artistically and spiritually.

Coinciding with the start of Women’s History Month, the Mujeres de Maiz (MdM) collective kicked off its two-decade anniversary of ARTivism and Herstory this past Saturday with a new exhibit at LA Plaza de Cultura y Artes. The festivities chronicled the group’s long-standing work in the community with paintings, photographs, video, ephemera and other installations.

MdM started in 1997 after a group of Chicana and Chicano artists and activists traveled to Chiapas, Mexico, to meet with and learn from the Zapatistas who were fighting for their self-determination after the North American Free Trade Agreement (NAFTA) became a reality. When visiting the exhibit at LA Plaza, this connection to Mexico’s indigenous struggles was clearly on display, with photos showing MdM’s founders with masked Zapatistas and a banner hanging from the 1997 gathering.

The LA Plaza exhibit also featured MdM zines the group has published for the past 20 years. These zines have provided a platform not only for Chicana voices, but also for artists and poets internationally to celebrate sisterhood.

“MdM has been central in reclaiming our ancestral knowledge. We’re living in an urban setting, and for me, MdM is about connecting to our roots and providing a platform for people like to me to expand and explore our work,” said Iris De Anda, an LA-based poet and practitioner of the healing arts. De Anda’s poems have been published in the MdM zine, and she has been involved with the collective for nine years.

Connecting to indigenous history and knowledge is key for the women involved in MdM. For instance, one part of the exhibit celebrated native foods and ‘AlterNative’ wellness, focusing on holistic health. The collective displayed a traditional kitchen table with beans, a molcajete, <té de manzanilla and a botánica del barrio cart with herbal remedies, reminiscent of a paleta cart.

Creating spaces where the Chicana community’s indigenous practices are validated and shared are important, especially in the current political climate, where anti-Mexican sentiment is openly expressed, according to MdM members.

“While messaging in this county is that we have nothing to contribute, the work MdM does in our communities highlights how much is within ourselves and the power of connecting with our ancestors and having them as our guides—this is a critical source of self-worth necessary to protect our youth from the negative messaging ignited by this administration,” Fernandez added.

MdM has inspired other groups of women in the Southwest to form collectives of women who create and celebrate sisterhood and ancestral knowledge. While MdM works primarily on the east side of Los Angeles, San Diego’s Mujeres de Maiz Fronterizas collaborates with women across the border in Tijuana, and there’s also an affiliated group in Texas.

The MdM exhibit at LA Plaza will run for the next three months.