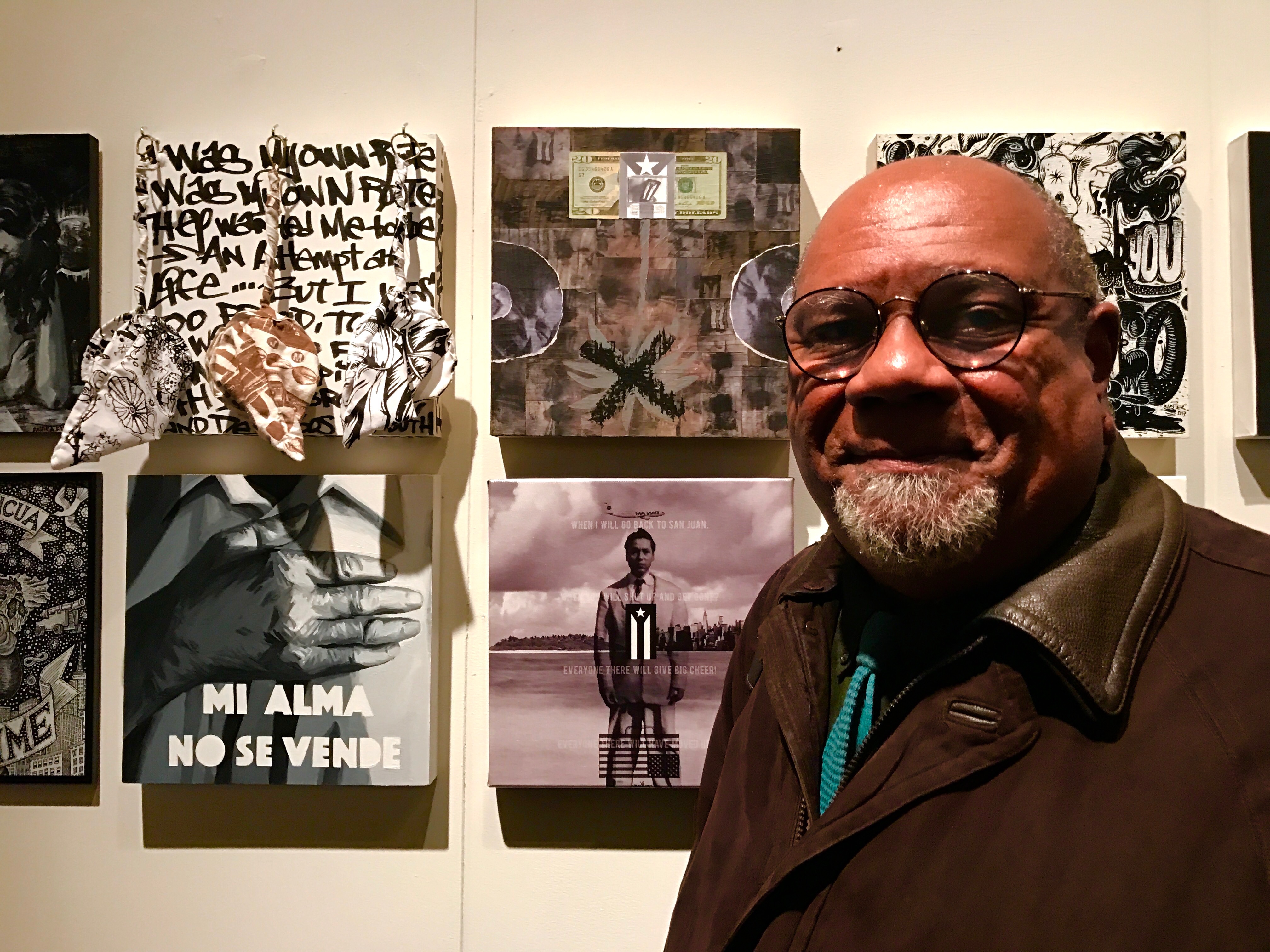 This month, Puerto Ricans commemorated the centennial of the Jones Act, the first piece of legislation that gave Puerto Ricans a pathway to U.S. citizenship. Starting in 1917, people born in Puerto Rico, a territory of the U.S, were able to become American citizens through naturalization, and they did so for about 20 years.

Viajero Roman curated a show called “CitiCien: 100 Artists 100 Years of the Jones Act,” an exhibition that gathers the work Puerto Rican artists to shine a light on how this law impacted Puerto Rican history.

Latino USA intern Nicole Acevedo visited the show and brings us the voices of some of those artists.

Many Puerto Ricans attribute their feeling of not being ‘ni de aquí ni de allá’, meaning neither from here nor there, to the Jones Act.

The Jones Act was the law until 1940 when it was replaced with the Nationality Act of 1940, which gave birthright U.S. citizenship to all Puerto Ricans. This change in the law applied retroactively to those born after 1899.

However, people born in the United States and Puerto Ricans born on the island don’t have equal U.S. citizenship.

However, if people born in Puerto Rico move to the U.S. and officially declare residency in one of the 50 states, their citizenship is constitutionally protected.

Some Puerto Ricans find this distinction is crucial.

“Puerto Ricans are less than second-class citizens,”  Charles Venator-Santiago, said. “The Jones Act gave this idea to legally discriminate Puerto Ricans because it allowed the U.S. an undemocratic way to include/exclude Puerto Ricans.”

Venator-Santiago is a political science professor at the University of Connecticut who’s introducing a special study later this month for the Center of Puerto Rican Studies in New York.