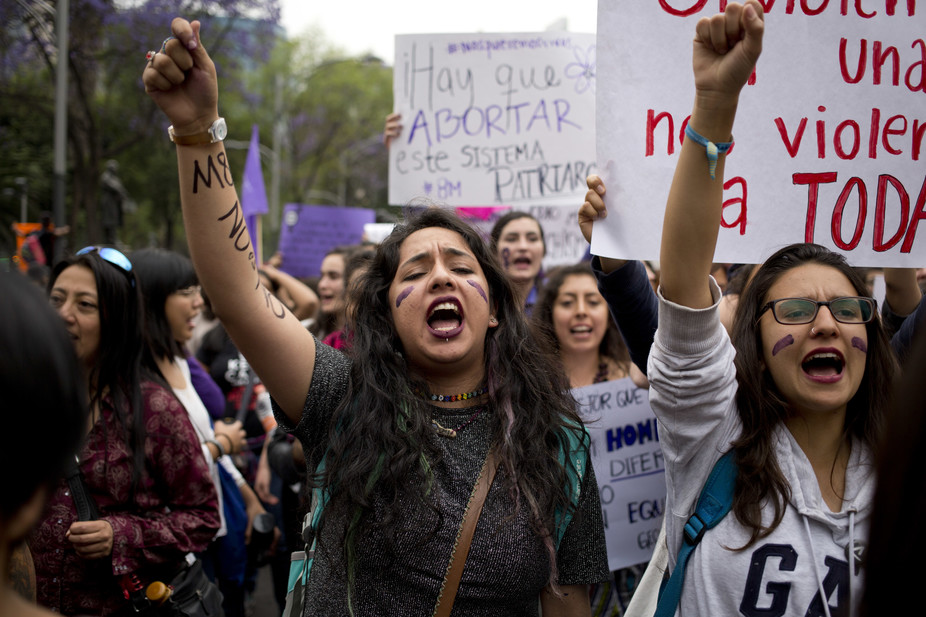 “I actually don’t remember when I was first harassed on the street, but I do remember when I first experienced it as an abusive act: I was an adolescent traveling with my mom in a crowded underground wagon, where men could easily touch women without anyone noticing and with little possibility to prevent it.”

This was the experience of Lucía Vázquez, a researcher in Mexico City, Mexico. Unfortunately, her story is not unique.

According to a multi-country poll by YouGov, Mexico City ranks first among 16 international cities surveyed for physical and verbal harassment on public transportation. Street harassment, a form of gender-based violence against women, can include any act or comment perpetrated in a public space that is unwanted and threatening, and is motivated by a person’s perceived sex or gender.

Violence against women in public spaces is not exclusive to Mexico City, of course. Experiences of street harassment —from being whistled at to being touched without consent— are reported each day on crowd-sourced websites like Hollaback and Safecity in dozens of other locations from New York and New Delhi, to Lawrence, Kansas and Lubbock, Texas.

There is still much to be learned about how harassment and feeling unsafe in public spaces affects the well-being of women and girls —a topic I focus on in my doctoral research at the University of Pennsylvania’s School of Social Policy and Practice— but the global scale of these experiences is concerning. Studies documenting the prevalence of street harassment in more than 35 countries show it could have widespread health effects across the globe.

One of the latest studies on this issue aimed to understand the extent of street harassment and its impacts on women, girls and communities in Mexico City. All of the women in this study had previously screened positive for intimate partner violence, a prerequisite for inclusion in the parent study.

Paola Abril Campos, a doctoral student at the Harvard’s T.H. Chan School of Public Health, is a native of Mexico City. She said in an interview for this article:

Her experiences motivated her to conduct a study on street harassment that was published in January in Salud Pública de México, a journal published by Mexico’s National Institute of Public Health.

In this study, Campos and colleagues surveyed 952 women who were seeking health care in Mexico City’s community health clinics. More than 60 percent of the women, 62.8 percent, reported experiencing at least one form of street harassment in the past month alone. For one in four women, 26.8 percent, the abuse was physical.

The study found that the harassment, or fear of harassment, had negative impacts on the daily routines of these women. Nearly 70 percent reported some type of disruptions in their mobility, including missing, being late to or having to change jobs or schools. And yet, Campos said, “The costs and consequences of street harassment to women’s lives have remained invisible.”

The study also found that street harassment may diminish women’s sense of connectedness and trust in their community. Social isolation from one’s community can have long-term implications for well-being and can lead to chronic disease and poor mental health. Therefore, street harassment may contribute to these other public health concerns.

For the women in this study who were also victims of intimate partner violence, violence is a threat in both public and private. Jhumka Gupta, a global and community health professor at George Mason University and senior author of the study, stated: “Comprehensive interventions are needed to ensure women and girls’ safety both in public settings and in private spaces.”

There is some political will to address the issue in Mexico City. In conjunction with local authorities, UN Women has launched the program “Safe Cities and Safe Public Spaces for Women and Girls,” which is promoting women’s safety through, among other mechanisms, providing women-only buses throughout the city.

The city’s mayor, Miguel Ángel Mancera Espinosa, is also supporting an initiative that distributes whistles to women that they can use when someone harasses them. The idea is to “break the silence” and bring attention to harassers.

Activists have been vocal too. Las Morras, a group of four young Mexican women, have been using hidden cameras to record harassment, which they post on their YouTube channel. Las Hijas De Violencia, another activist group, has a more unconventional approach. Whenever they are harassed they turn on loud punk music and shoot a confetti cannon at the perpetrator. Their intention is to take back their power in a nonviolent way.

These efforts are a step toward acknowledging that street harassment is pervasive and pernicious. However, these approaches share a critical shortcoming: The onus of action remains with women. They are asked to ride different buses, carry noisemakers, expose their abuse and confront their attackers. Still lacking are interventions that change the behavior of perpetrators, and challenge the prevailing social norms that deem street harassment, as at best, an inconsequential part of city living.

Street harassment is a common problem in the United States too. A recent nationally representative survey found that 65 percent of U.S. women have faced street harassment at some point in their lifetimes. These numbers may be rising.

The Southern Poverty Law Center reports that there has been a post-election uptick of harassment and intimidation of many marginalized groups, including women. However, in February a new bill aimed at preventing street harassment in Washington, D.C. was introduced to its city council. It seeks to “eradicate street harassment in the District of Columbia through education, awareness, data collection and culture change.” The bill is broad and inclusive in its definition of street harassment and comprehensive in its approach. Will other cities follow its lead?

This article was originally published on The Conversation. Read the original article. Lauren Ferreira Cardoso is Ph.D. Candidate in Social Welfare at University of Pennsylvania