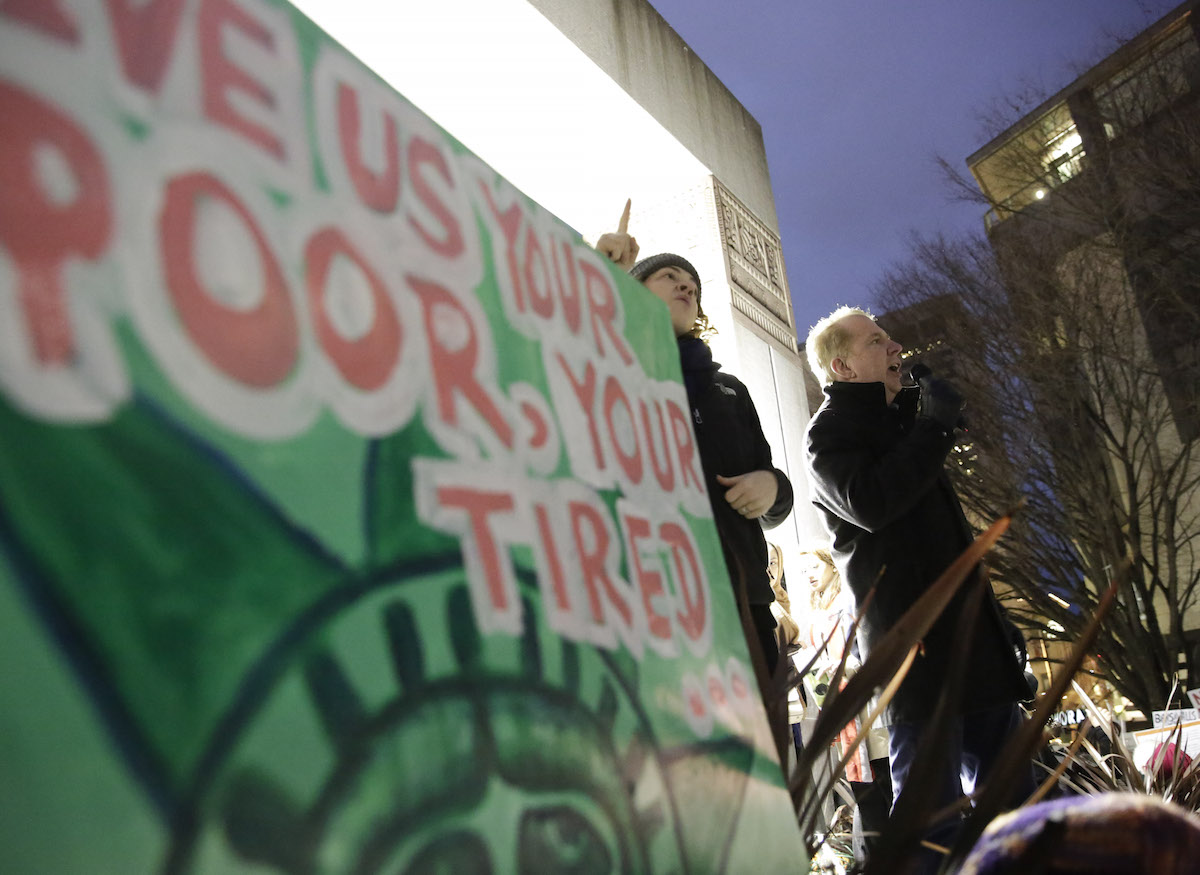 Seattle Mayor Ed Murray speaks out against U.S. President Donald Trump at a rally for immigrants and refugees in Seattle, Washington on January 29, 2017. (JASON REDMOND/AFP/Getty Images)

At a national press call organized by the U.S. Conference of Mayors announcing a Cities’ Day of Immigration Action on Tuesday, Seattle mayor Ed Murray contrasted his own immigrant family past from Ireland to the history of his husband’s family from Japan to highlight why it is “dangerous” during the Trump administration to pit people against each other in a highly-charged immigration debate.

“[Seattle] bears the scars of the expulsion of the Chinese in the 19th century and it bears the scars of the internment of our Japanese-American fellow citizens during the Second World War,” Murray said during the call. “Let me close with this example about how dangerous it is to make these distinctions. My grandparents came to this country from Ireland at the beginning of the 20th century. My husband’s grandparents came to this country from Japan at that same time.”

As of this posting, here is the list of mayors who participated in the day’s events or issued statements: “Mayors speak a common language, which is action,” Garcetti said. “I think all the mayors on this call are just too pro-family to see families divided. Are too pro-law enforcement to see our law enforcement officials turned away from their local law enforcement responsibilities to become immigration agents. We’re too pro-economy to lose the momentum in cities like Los Angeles, where we have over fifty percent of our businesses started by our immigrants.”

All the mayors on the call discussed the need to pass comprehensive immigration reform at a federal level, saying that the current actions by U.S. Immigration and Customs Enforcement (ICE) are not making their communities any safer.

“This is not a Democrat or Republican issue, or an East-West Coast issue,” Tait said. “This is a bipartisan, a universal value issue. I believe as mayors we have much credibility on this because we are closest to the issue. We live it. We keep people safe. We protect rights. And we have a broken system.”

During the call, the U.S. Conference of Mayors also confirmed that it would be meeting next week with Department of Homeland Security Secretary John Kelly.