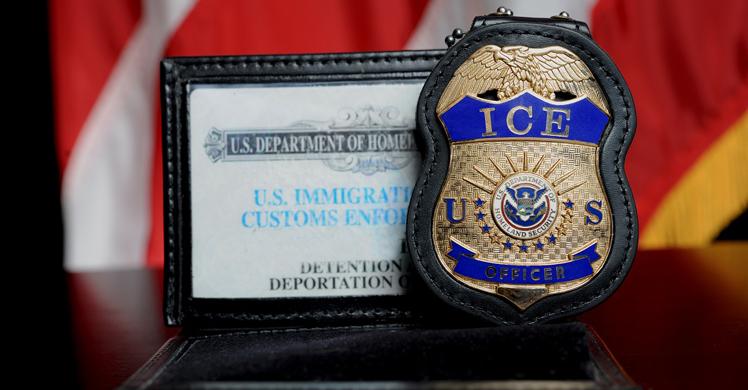 This past Monday, U.S. Immigration and Customs Enforcement (ICE) published its first weekly report that is says “shows those jurisdictions with the highest volume of declined detainers, and includes a list of sample crimes associated with those released individuals.” According to ICE, the agency is publishing this list to comply with President Trump’s “Enhancing Public Safety in the Interior of the United States” executive order from January 25.

In that order, Trump said that “to better inform the public regarding the public safety threats associated with sanctuary jurisdictions, the Secretary shall utilize the Declined Detainer Outcome Report or its equivalent and, on a weekly basis, make public a comprehensive list of criminal actions committed by aliens and any jurisdiction that ignored or otherwise failed to honor any detainers with respect to such aliens.”

This first declined detainer report from ICE is 35 pages long and provides a deeper look into an agency that rarely provides public information about the people it apprehends and detains. According to ICE, from January 28-February 3 (the week before 680 people were arrested in immigration sweeps), the agency “issued 3,083 detainers throughout the United States.” However, in presenting the information beyond the total number of detainers, ICE explains that many counties in the United States are not cooperating with ICE and stated that 206 detainers were declined during the time period of the report.

Detainers, as stated by ICE, are issued “to federal, state, and local law enforcement agencies to provide notice of its intent to assume custody of a removable alien detained in federal, state, or local custody. A detainer requests that the law enforcement agency notify ICE as early as practicable —ideally at least 48 hours— before a removable alien is released from criminal custody and briefly maintain custody of the alien for up to 48 hours to allow DHS to assume custody for removal purposes.”

ICE defines a declined detainer as the following: “When law enforcement agencies fail to honor immigration detainers and release a criminal alien onto the streets, they have declined an ICE detainer. This undermines ICE’s ability to protect public safety and carry out its mission. Federal immigration laws authorize DHS to issue detainers and provide ICE broad authority to detain removable aliens.”

This the full ICE report:

A closer look by Latino USA shows that out of the 206 declined detainers, only 44% of them were individuals with criminal convictions, while 56% of them were people who were charged with a crime. The most common convicted crime was Driving Under Influence (DUI) and the most common charge crime was Assault. There was one convicted crime for rape and one charge for homicide. Minor crimes such as Traffic Offense and Liquor were also listed.

The report also listed the individuals’ countries of origins. The vast majority (more than 95%) of individuals are from Latin America, with about 70% are from Mexico.

This first ICE report is not associated with the Victims Of Immigration Crime Engagement (VOICE) office that President Trump also called for in his January 25 executive order:

Near the end of its declined detainer report, ICE listed those jurisdictions that “limit cooperation” with the agency, saying that “all jurisdictions and their corresponding detainer ordinances listed in this document are based upon public announcements, news report statements, publicly disclosed policies, and/or information given directly to ICE personnel in the field regarding these jurisdictions’ new level of cooperation with ICE detainers.”

ICE also noted the following near the end of the report: