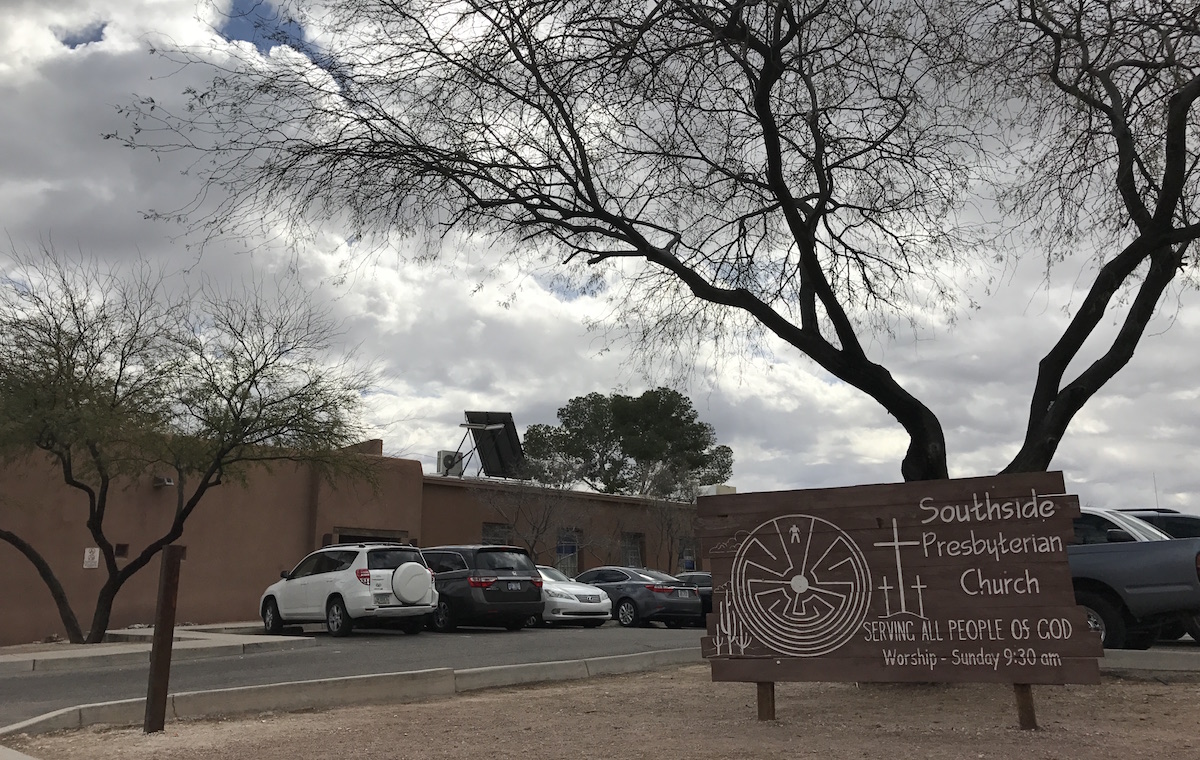 When you hear the word sanctuary today, you probably think of sanctuary cities, something that the new administration is hoping to shut down. But that word meant something else in the 1980s and it all started at a small church in the Southwest.

Southside Presbyterian in Tucson, Arizona —under Reverend John Fife’s leadership— worked closely with churches in Mexico and Central America to help smuggle refugees from Guatemala and El Salvador who were fleeing civil wars in their countries in 1984. Priests, nuns, and pastors were smuggling migrants and giving them refuge in churches.

“There was a crisis in human rights at the border,” and the refugees who arrived at the border “were being captured and put in detention centers,” said Reverend Fife.

But despite having torture marks and what Fife called strong political asylum cases, the United States government wasn’t officially recognizing these migrants are refugees.

So at that point “the only ethical choice we had left was to help them cross the border safely,” Fife said.

This went on for years and by the end of the movement about 200 congregations nationwide, including synagogues, were taking part in the sanctuary movement. But then the federal government indicted Fife and 16 other people involved in the movement. They were convicted of conspiracy and of harboring or transporting illegal aliens—all felonies. However, because of the international outpour of support for the clergy, the judge did not send them to jail and instead gave them five years of probation.

Not long after that, the U.S. started recognizing some Central American migrants as refugees and by 1992, peace accords were signed in Central America, bringing down violence in the region and making the church sanctuary movement less necessary.

It didn’t mean that violence stopped all together or that conditions didn’t worsen for people in Mexico and Central America over the 1990s and 2000s.

Throughout the decades, Southside Presbyterian itself has remained a sanctuary for immigrants in other ways. The parking lot and sidewalk have been a gathering place for day laborers. Inside there are often meetings with immigrant rights groups and sometimes there are workshops to help people apply for DACA. In the courtyard there is sculpture that honors the lives of those who have died in their attempts to cross the desert into the U.S.

Fast forward to 2014 when the same church that started the movement in the 80s opened its doors to a Mexican man facing deportation.

That was the beginning of the church sanctuary movement of the 21st century.

Since then, churches across the country have given sanctuary to immigrants who have been living here for years—most of them for decades. This time, clergy are not smuggling people across the border. Instead, they are shielding those already here from deportation.

That’s because of a 2011 policy directive by the Department of Homeland Security. Under President Obama’s direction, DHS told U.S. Immigration and Customs Enforcement (ICE) agents to treat churches, schools and hospitals as “sensitive places.” That means agents are not going to enter those places to detain and deport people unless there is a threat to national security.

This is why Jannette Vizguerra, a 45-year-old Mexican immigrant, is living at the First Unitarian Society Church in Colorado right now.

But what could happen to the “sensitive locations” policy under the new administration?

One thought on “Churches as Migrant Sanctuaries Then and Now”