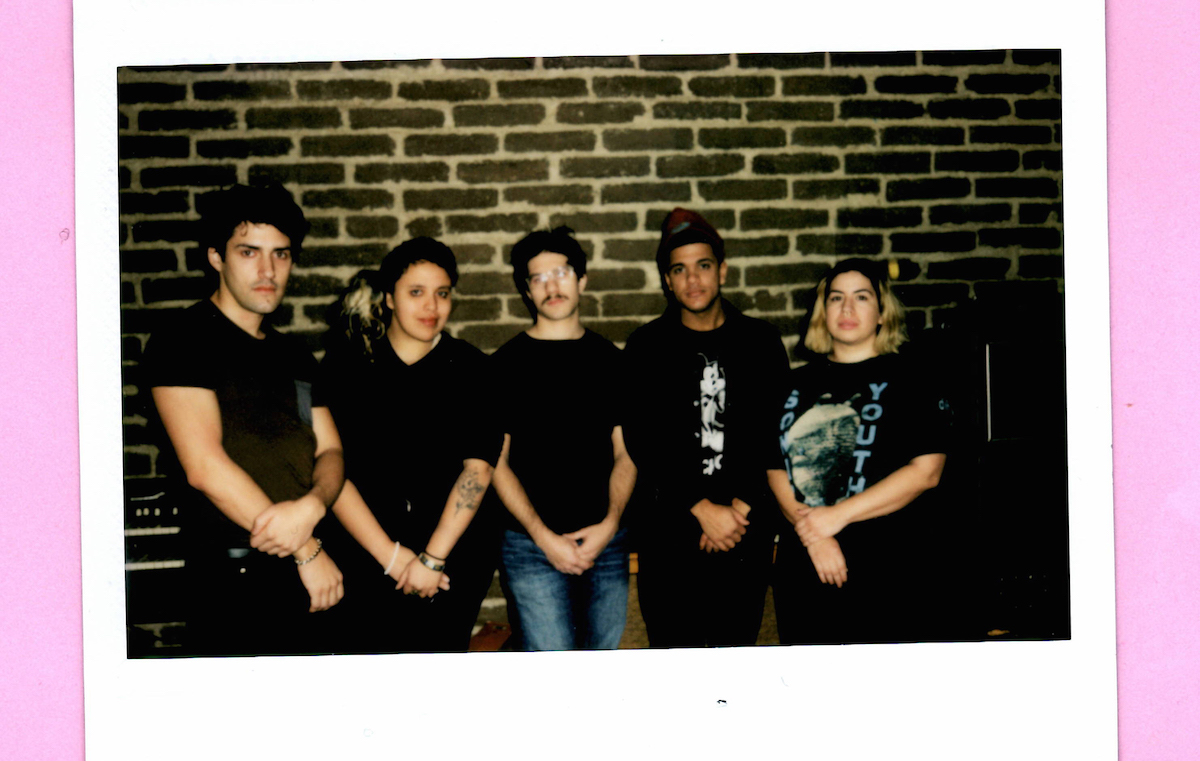 Before Downtown Boys became a band, Victoria Ruiz and Joey Defrancesco were both unionizing hotel workers in Providence, Rhode Island. Ruiz, who had never performed in a punk band before, said she learned how to sing by practicing the union chants at these rallies. This history of activism has bled into their present day role on the stage. You still see it at concerts where Victoria will voice some of these same issues — like racism, sexism and capitalism— but now, her platform is a literal stage.

Almost six years later, Downtown Boys continue to produce music that addresses labor rights, Chicana empowerment, and many other systemic problems the band sees happening around the country. Even at their live shows, they invite concertgoers on stage to either dance with them or to speak about local community campaigns. Political ideas bleed into musical ideas, with big brassy sounds and call-and-response lyrics. And much like a demonstration, Downtown Boys will take their political party music to wherever they can spread their message.