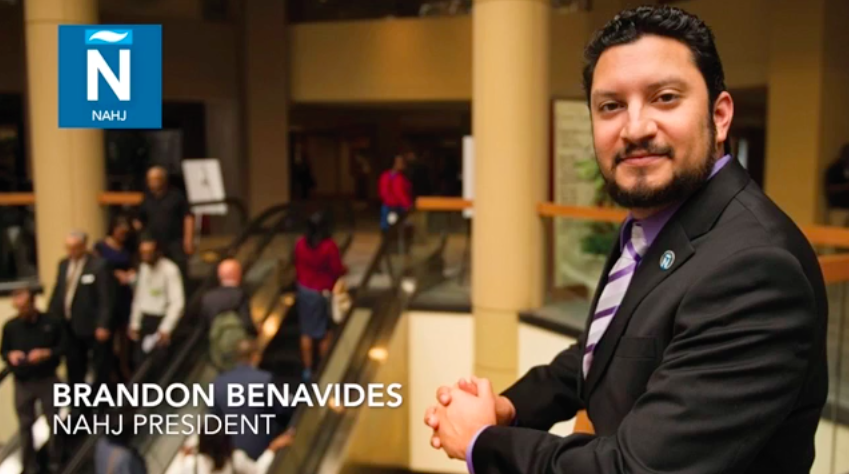 On Monday, the National Association of Hispanic Journalists (NAHJ) announced via a media release that members of its leadership team visited the Eisenhower Executive Office building in Washington, D.C., and met with Helen Aguirre Ferré, Director of Media Affairs for the Trump administration. According to the release, NAHJ president Brandon Benavides was joined by NAHJ executive director Alberto Mendoza and NAHJ DC chapter president Melissa Macaya.

“The discussion between NAHJ and the White House consisted of a specific agenda outlined by president Benavides focused on upholding traditions of the White House press coverage,” the release stated. “This included the importance of renewing conversations on issues that affect the Latino communities across the country and expectations moving forward to keep the tradition of an NAHJ pen and pad White House Briefing. Negotiations have begun for when the briefing will be scheduled.”

As for other details about the meeting, Benavides also added that NAHJ and the White House did not discuss any policy or coverage issues.

Benavides noted that the White House responded very quickly to his request for a meeting, unlike the Obama administration, which took him “a year or two” to get a meeting, when Benavides was president of NAHJ’s DC chapter. Furthermore, Benavides said that Aguirre Ferré told him that since she and Sofia Boza, the White House’s Director of Regional Media, are both bilingual, they would be able to handle requests from Spanish-language journalists, so there would be no need for a Latino Affairs Liaison.

There was also discussion about how NAHJ members can get more access to Vice President Mike Pence’s media team.

“In the past it has been difficult for Hispanic media to have direct access to the communications office of the vice president and even less opportunity for interviews,” the NAHJ release said. “Moving forward, Benavides looks to turn around the previous system and close the divide with Vice President Mike Pence’s media staff. The vice president’s communications team has said that they look forward to a future opportunity to speak to members of Hispanic media.”

The National Association of Hispanic Journalists (NAHJ) is the largest organization of Latino journalists in the United States and dedicated to the recognition and professional advancement of Hispanics in the news industry. It has approximately 2,000 members. Several Latino USA staff are NAHJ members.