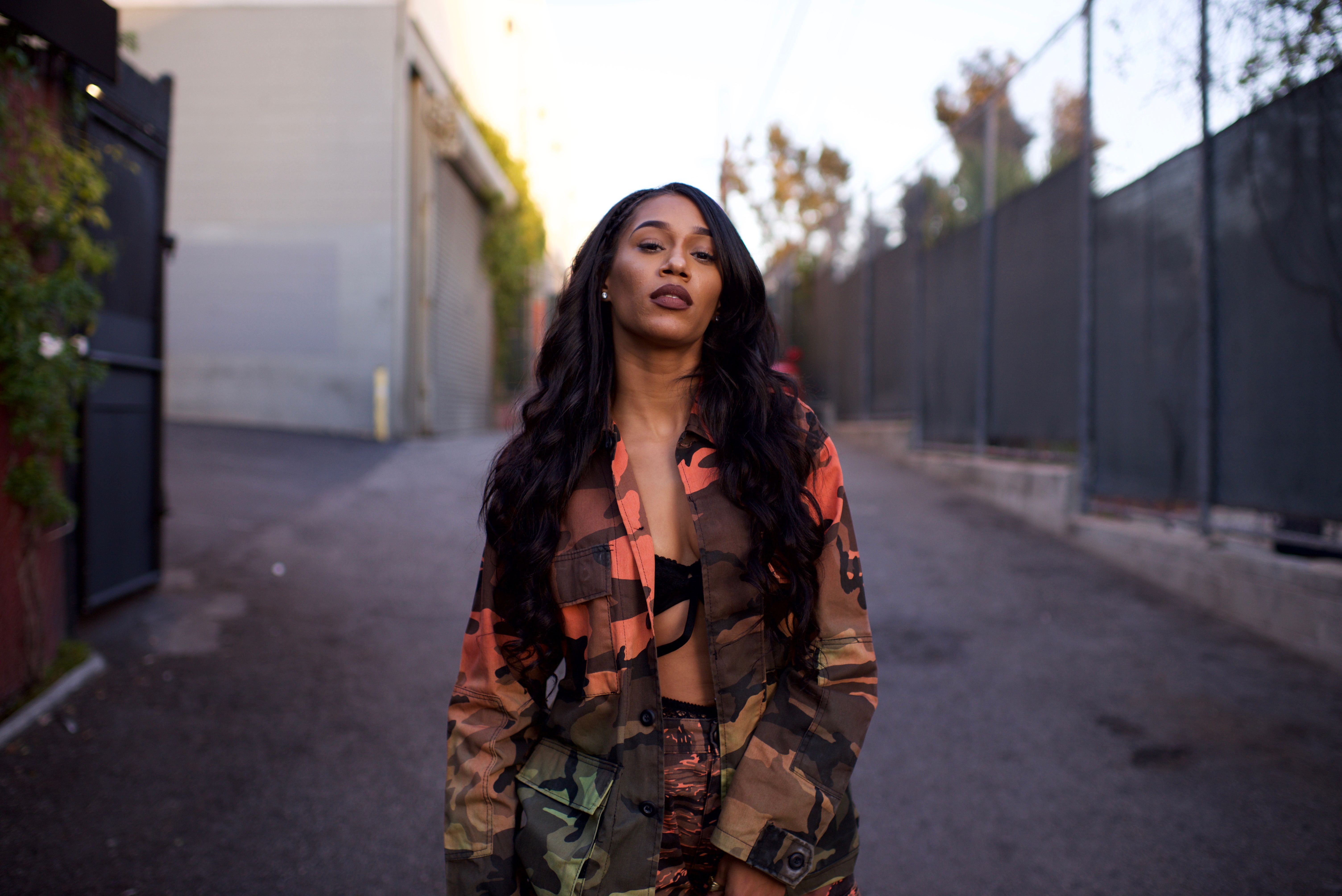 LOS ANGELES — For many multiracial Latinas and Latinos throughout the United States, negotiating seemingly different racial worlds often poses unique challenges. The constant feeling of not fully belonging to a particular racial and ethnic group can often create confusion and sometimes isolation. But in an increasingly digitally connected age, some have found support in social media networks like Facebook and Instagram, while others have used art and music to make sense of a world that consistently forces multiracial people to “pick” sides.

Boston-born rapper Bia, 25, is a multiracial Latina who at an early age used hip-hop to overcome the challenges of being Puerto Rican and Italian American in a racially segregated city. “It was hard to grow up as a mixed kid because you don’t really have a certain place,” the self-proclaimed “Perico Princess” explained hours before her first major headlining act at the Red Bull Sound Select Show in Los Angeles. “I saw everyone else fitting in and then I asked myself, well what am I?”

“I saw the world differently and it forced me to really know myself through music and to create my own thing,” she added.

Bia’s uncanny ability to draw from different cultural influences helped shaped her music into a cacophony of sounds that combine elements of trap, hip-hop, and reggaeton in a way that only someone who inhabits several social realities would be able to create. As a result, combining Spanish and English lyrics within the course of a song has come easy for Bia, whose widely acclaimed 2016 collaboration with J Balvin and Pharrell in “Safari,” represents her effective ability to reach different audiences.

Like other Latina artists from her generation, Bia’s cross-language appeal is not only inspired by her ethnic background, but also by a range of artists who were able to achieve success in both language markets—like the late Selena Quintanilla, one of Bia’s “top three musical inspirations.”

“I relate to Selena the most because she also struggled with Spanish,” Bia explained, as she reflected on an issue that continues to affect Latinas and Latinos throughout the United States. “She grew up as a Mexican American woman and I grew up Puerto Rican, and Spanish is something that I’m still learning, and so I faced the same struggle as her.”

Like Selena, whose universal appeal elevated her to the upper echelon of the music industry, Bia also aims to have a far-reaching impact on people from all walks of life as her career progresses. “People from different races and ethnicities listened to Selena and I want that. I want Latinos, African Americans, white folks, and everyone to listen to my music. I want to create the same thing that she had.”

Though Bia’s upcoming tour dates with pop sensation Ariana Grande and collaborations with industry superstars like T.I. and Pharrell might depict an image of someone who has had a smooth path to success, her journey to stardom has been riddled by a series of personal setbacks that puts everything into perspective for the budding star.

“Before all of this, I was bartending and working all types of jobs to make things happen,” Bia poignantly recalled. “I was spending all my money on recording and studio time and I was like, how can I make this a career? School wasn’t for me. I had just dropped out of college and was really struggling.”

But dropping out of school came with an important realization.

“I had learned too much for anyone to teach me anything. And so my ‘it’ moment was when I realized that I had already known what people were trying to teach me,” she said. “I had a powerful testimony to share with women and the rest of the world.”

Bia’s success came to fruition when she was discovered on YouTube, which led to signing with Pharrell’s record label, i am OTHER, and an appearance on the widely acclaimed reality TV show titled, Sisterhood of Hip Hop.

Still, after inking a deal with Pharrell’s label, another inadvertent setback occurred involving a nearly fatal motorcycle accident in her hometown of Boston, which left her severely injured, requiring months of rehabilitation.

Today, Bia’s arduous journey to stardom has made her appreciate her commercial success and her emergence as a role model for a generation of women of color throughout the U.S. whose struggles she closely identifies with.

“It’s the most incredible feeling in the world to be able to inspire young Black and Brown women who have faced the same things as me,” she explained, as she keenly reflected on the influence she hopes to have. “It’s a testament to them and to be able to show them that they can do it too. I want to be able to do this forever and have other women of color do it with me.”