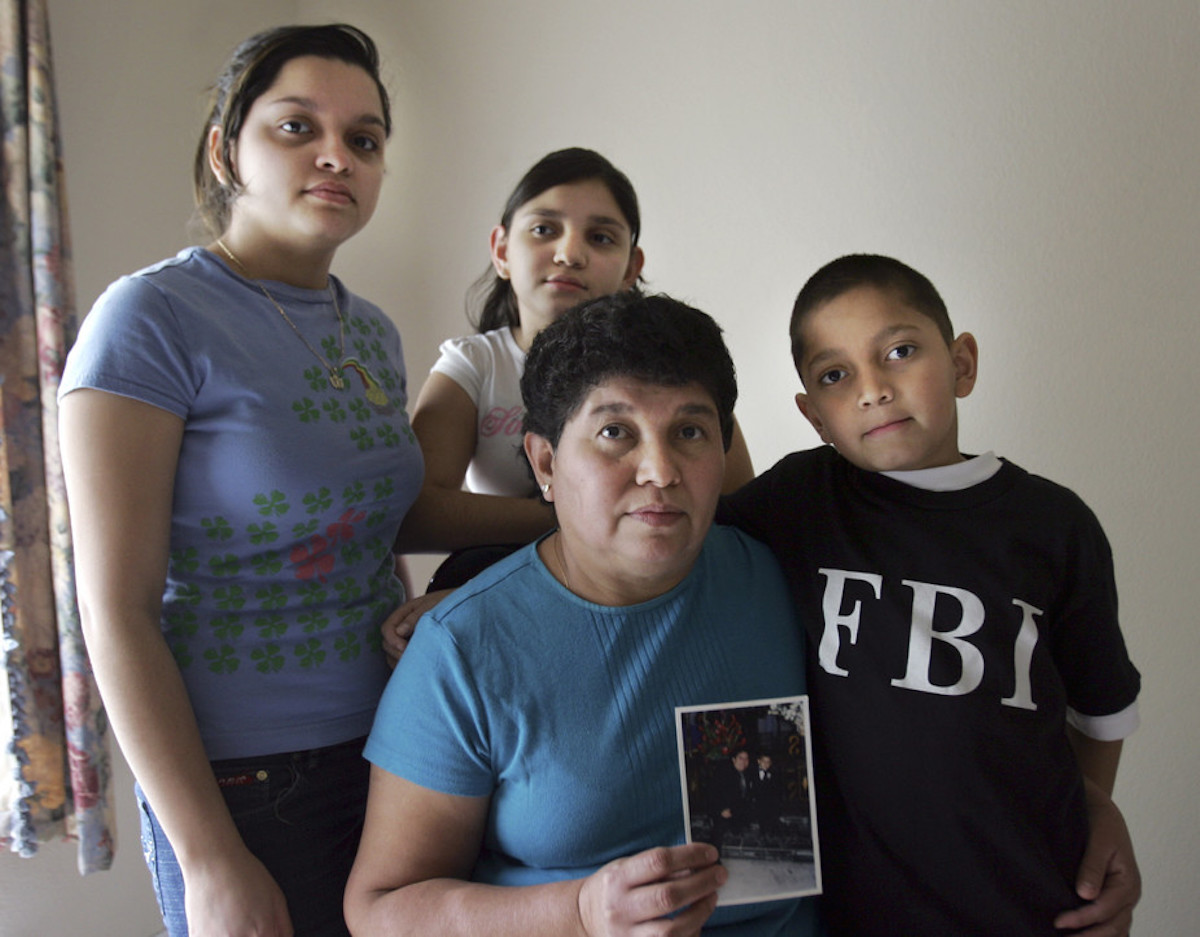 A Salvadoran family who fled to the U.S. when armed men killed the father. (AP Photo/LM Otero)

A fundamental shift in U.S. immigration patterns is well underway.

Recent rhetoric from President Donald Trump and the focus of U.S. immigration policies suggest that Mexicans entering the U.S. without authorization are the principal challenge facing policymakers. That is no longer the case. The era of Mexico as the primary source of immigrants to the U.S. appears to be coming to a close.

An increasing number of individuals are now arriving at the U.S. southwest border because of crime, violence and insecurity in Central America. These are now far more decisive factors in decisions to emigrate than the traditional pull of economic opportunity in the U.S. Work I have done with colleagues on the factors that affect migration provides robust evidence for this shift.

Rather than trying to cross the U.S. border, many of these migrants are voluntarily surrendering to initiate asylum claims. This change in the profile of those arriving at the border suggests two things.

First, far more emphasis should be placed on improving the U.S. immigration court system than on efforts to strengthen an already well-fortified border. The average wait time for an immigration case to be heard in 2016 stood at 677 days, nearly double what it was in 2000.

Second, there is a need to move beyond a view of those arriving at the U.S. southwest border as a monolithic group driven by purely economic motives. An increasingly nuanced decision-making process is driving men, women and children from different countries to leave their homes.

Who’s Coming Across the Border?

In the summer of 2014, President Obama drew attention to the arrival and voluntary surrender of tens of thousands of unaccompanied minors and families seeking asylum. They came primarily from El Salvador, Honduras and Guatemala, some of the most violent countries in the world. He called it an “urgent humanitarian situation.” This made clear that at least some portion of these Central American migrant flows were not simply economic migrants.