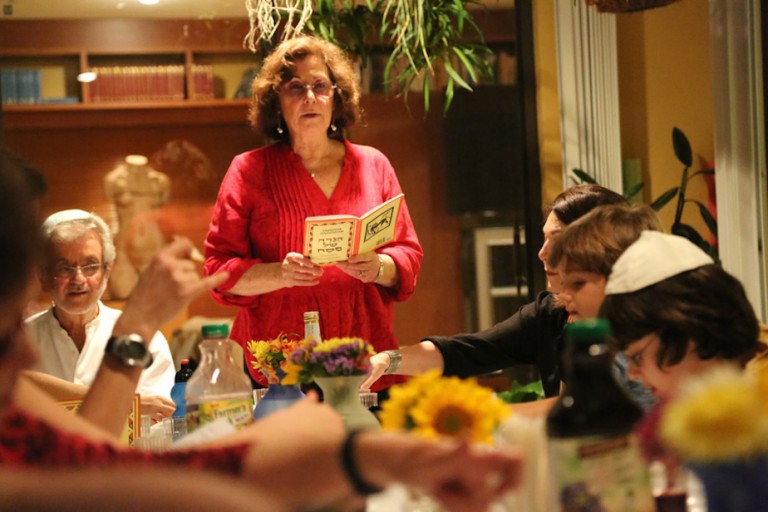 Martha Saragovia leads the family in the bracha (or blessings) for the Sabbath candles at her home in South Florida.

At the Beth Torah Benny Rok temple in North Miami Beach, Argentine-born rabbi Mario Rojzman leads a monthly Spanish-language biblical study group called Café Con Torah. With a crowd of mixed Latino Jews who hail from all over —Bolivia, Cuba, Argentina— the study group is a good cross-section of the Latino Jews living in the United States. One person in the crowd is Verónica Zaragovia, whose Colombian family has been in south Florida for a few decades, but whose family’s roots are in the Jewish shtetls of Eastern Europe. Across oceans, continents, languages and major historic events, Verónica’s family journey showcases just how a Jewish Latino identity is formed, and how history is central to it all.