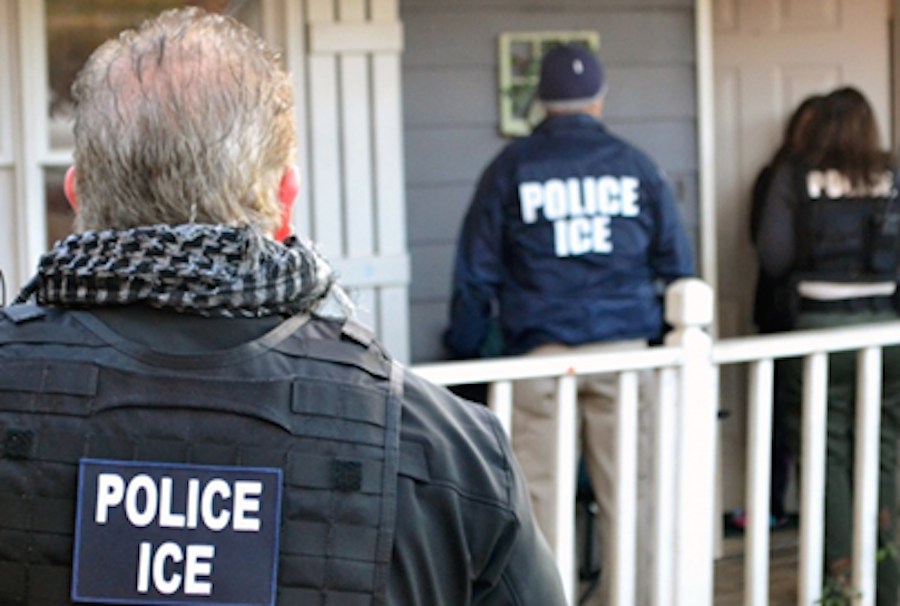 With President Donald Trump reaching his 100-day mark, immigration enforcement policy has been a major focus of his administration, with news of executive orders, implementation memos, high-profile speeches and personal stories of deportations dominating headlines since Inauguration Day.

While news coverage has definitely increased awareness about Trump’s immigration enforcement policies, data published in several new reports and articles would suggest that context about the policies is lacking, especially when comparing Trump to President Obama’s administration.

Here are a few of its findings:

“The court is now seeing many more cases where the individual was detained at the time the case is filed, and fewer non-detained cases.” “Over nine out of ten post-Trump cases rely on immigration charges as the basis for seeking a removal order. About 40 percent are for illegal entry, while 51 percent were for other immigration charges. The most common of these other types of immigration charges were for no” current valid immigrant visa,” or simply “being present in the country in violation of the law.” In only 2 percent of the cases were persons charged with having an aggravated felony, while an additional 6 percent were charged with participating in other types of criminal behavior. There were no terrorism charges, and just 3 cases where the individual was charged with a ‘national security violation.’

While this pattern is not dissimilar to the pattern of charges observed in Immigration Court cases under President Obama, there has been a shift away from illegal entry as the grounds for seeking deportation and a rise in other immigration offenses, such as not currently having a valid immigrant visa which can occur if the person entered legally and then stayed beyond the period permitted under their visa.

Table 5 provides a year-by-year comparison of the most serious grounds DHS cited for seeking a removal order in Immigration Court, while Table 6 lists the top 10 specific charges in post-Trump cases along with similar numbers for these charges in earlier years.” “Unfortunately, Immigration and Customs Enforcement (ICE) has started withholding other more comprehensive information that ICE previously released to TRAC in response to Freedom of Information Act (FOIA) requests. ICE does not claim the withheld information is exempt from disclosure, it simply claims past releases were discretionary and it is no longer willing to make many of these details available to the public.

Because of these ICE refusals, TRAC is unable to update its online free web query tools that allow the public to view ICE activities under both the previous Bush and Obama Administrations. We are also currently in court on another FOIA action trying to obtain ICE records on what fields of information the agency’s databases actually track. Even though ICE released these descriptive documents before, ICE now refuses to provide updated listings describing its data. Our brief in that litigation was filed March 10.”

Before U.S. Immigration and Customs Enforcement (ICE) decided to temporarily suspend its weekly Declined Detainer Report, it did publish two more reports that actually contradicted their initial conclusions that declined detainers would increase. The two reports, however, did not show increases:

Obama Had More Immigration Arrests in 2014

This weekend, The Washington Post, “ICE immigration arrests of noncriminals double under Trump” on April 16. While it reported that 2017 has seen a 32.6 increase in arrests when compared to 2016, readers don’t find out until the end of the article that the Obama 2014 arrested more immigrants in 2014, even though the Post added a data graphic earlier in the article to reflect this fact: “According to statistics from Immigrations and Customs Enforcement, the number of Mexican citizens deported from the United States in the first three months of 2017 dropped by nearly 20 percent from a year earlier.

The Mexican government’s statistics also show a slowdown in Mexican citizens being kicked out of the United States during January and February, with fewer deportations in those months than during any month last year. (March figures were not yet available.)

The number of deportations often fluctuates considerably from month to month, for a variety of reasons, and an official with the American immigration enforcement agency cautioned against drawing any firm conclusions from the recent decline.”

One thought on “What Does New Immigration Data (or Lack of It) Tell Us About Trump’s First Three Months in Office?”