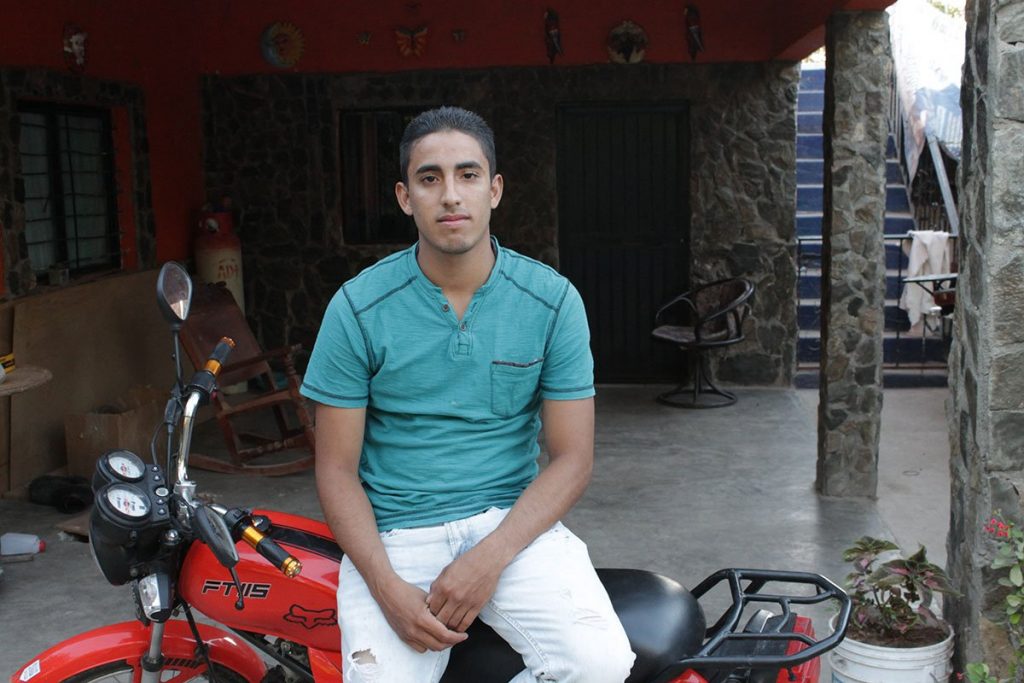 On Tuesday, USA TODAY broke the story of Juan Manuel Montes, a 23-year-old Deferred Action for Childhood Arrivals (DACA) recipient who was detained in February by U.S. Customs and Border Protection (CBP) and returned to Mexico.

The same day the USA TODAY story was published, lawyers for Montes filed a complaint in the U.S. District Court for the Southern District of California, asking that the federal government provide information to explain why Montes was deported to Mexico. Montes has been in the United States since he was nine years old.

“I was forced out because I was nervous and didn’t know what to do or say, but my home is there,” Montes said in a media release provided by the National Immigration Law Center, who is part of the case. “I miss my job. I miss school. And I want to continue to work toward better opportunities. But most of all, I miss my family, and I have hope that I will be able to go back so I can be with them again.”

According to the release, Montes had permission to live and work under DACA, which was not set to expire for him until 2018. Montes had successfully obtained DACA in 2016.

The release also said that Montes “worked in California’s agricultural fields to help support his family and had studied welding at his local community college before he was detained by Border Patrol in Calexico, Calif., and then was swiftly sent to Mexico, in February 2017.”

Montes’ legal team added that Montes also suffered from a traumatic brain injury as a child and has a cognitive disability.

“Juan Manuel was funneled across the border without so much as a piece of paper to explain why or how,” said Nora A. Preciado, a staff attorney at the National Immigration Law Center. “The government shouldn’t treat anyone this way—much less someone who has DACA. No one should have to file a lawsuit to find out what happened to them.”

The complaint claims that on February 17, Montes was stopped by a Border Patrol agent in Calexico, California. When asked for identification, Montes said he left his wallet in a friend’s car. The Border Patrol agent took Montes to a local station. There, Montes signed documents but, the complaint adds, he did not have an opportunity to see an immigration judge or contact his counsel. After a few hours, Montes was taken back to Mexicali, Mexico.

“We look forward to presenting our case to the court, because our client has the right to know why and how he was physically removed from the United States when he had permission to live and work here,” said Mónica Ramírez Almadani, another attorney representing Montes.

Department of Homeland Security spokesperson Matt Lapan has disputed Montes’ story. As he told The Daily Caller, “Juan Manuel Montes Bojorquez was apprehended by the Calexico Station Border Patrol after illegally entering the U.S. by climbing over the fence in downtown Calexico He was arrested by BP just minutes after he made his illegal entry and admitted under oath during the arrest interview that he had entered illegally.”

“Mr. Montes-Bojorquez lost his DACA status when he left the United States without advanced parole on an unknown date prior to his arrest by the US Border Patrol on Feb. 19, 2017. According to his interview with the Border Patrol, conducted in Spanish, he entered the United States on February 19, 2017, and he acknowledged that he understood the questions that he was being asked. Departing the country without advanced parole terminates the protections Montes-Bojorquez was granted under DACA.”

“Juan Manuel has been unequivocal in his assertion that he never voluntarily left the country while he had DACA.” Preciado said. “We believe him. We filed a FOIA lawsuit to get answers. Rather than continue to provide half-truths and varying assertions, DHS should respond to our request for documentation. We will see them in court.”

“The government is providing information to the press, but not to Juan Manuel and his attorneys,” Ramírez Almadani added. “We know Juan Manuel was physically removed. We filed this lawsuit to find out how it happened.”

USA TODAY shared federal data on Wednesday, saying that under Barack Obama, 365 former DACA enrollees were deported, “an average of seven a month since the first DACA applications were approved in September 2012.”

“In the first month of Donald Trump’s presidency, 43 former DACA enrollees were deported, according to Department of Homeland Security statistics requested by USA TODAY,” the report said.

One thought on “Why Did a Deported DACA Recipient Sue Trump Administration?”