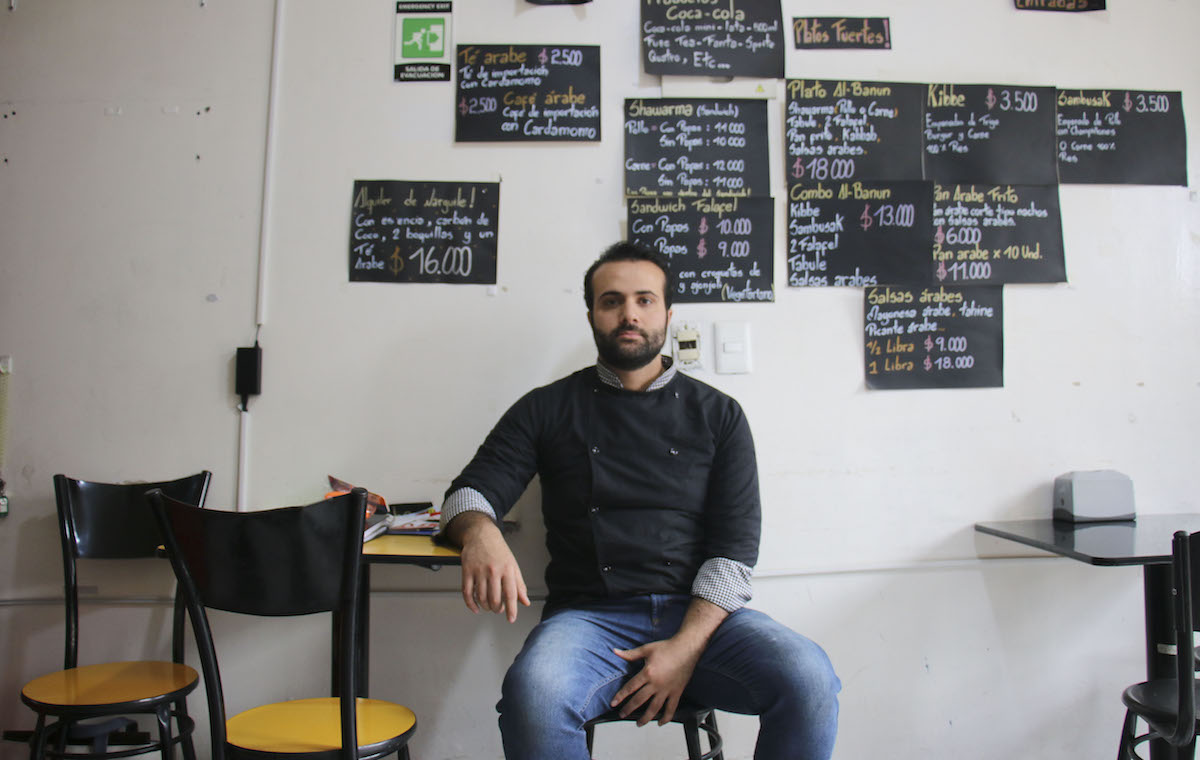 Almotaz Khedrou, a Syrian refugee, fell in love with Jessica Diaz, a Colombian woman, and fled war-torn Damascus to settle in Bogotá. But that journey was not easy.

They met online through a Greek-Colombian mutual family friend and instantly fell for each other. They met up in Turkey, where Jessica visited as a student. But when Jessica’s visa expired, she had to return to Colombia. Jessica and Almotaz got married via Skype —Almotaz in Istanbul and Jessica in Bogotá— and made plans to reunite in Colombia. Almotaz had to physically be in Colombia to apply for refugee status there, but he didn’t have the money for the plane ticket, so a wealthy man from his mosque gave him the money to make it to Ecuador, under the condition of being an exemplary Muslim in South America.

Jessica met up with Almotaz in Ecuador, and they had to sneak across five different border checkpoints where he had to pretend to be Colombian. He didn’t speak a word while crossing. Once in Bogotá, he tried getting a job through the city’s only mosque but did not find anything. He started selling empanadas outside the mosque but he could barely get by. Almotaz’s mother suggested the idea that the couple start selling Syrian food, but Almotaz had never cooked before. That’s when he started Skyping with his mother in Damascus, where each night she taught him all the family recipes. Almotaz’s food cart became such a big a hit Bogotá that he’s been able to open the popular restaurant, Al-Banun.