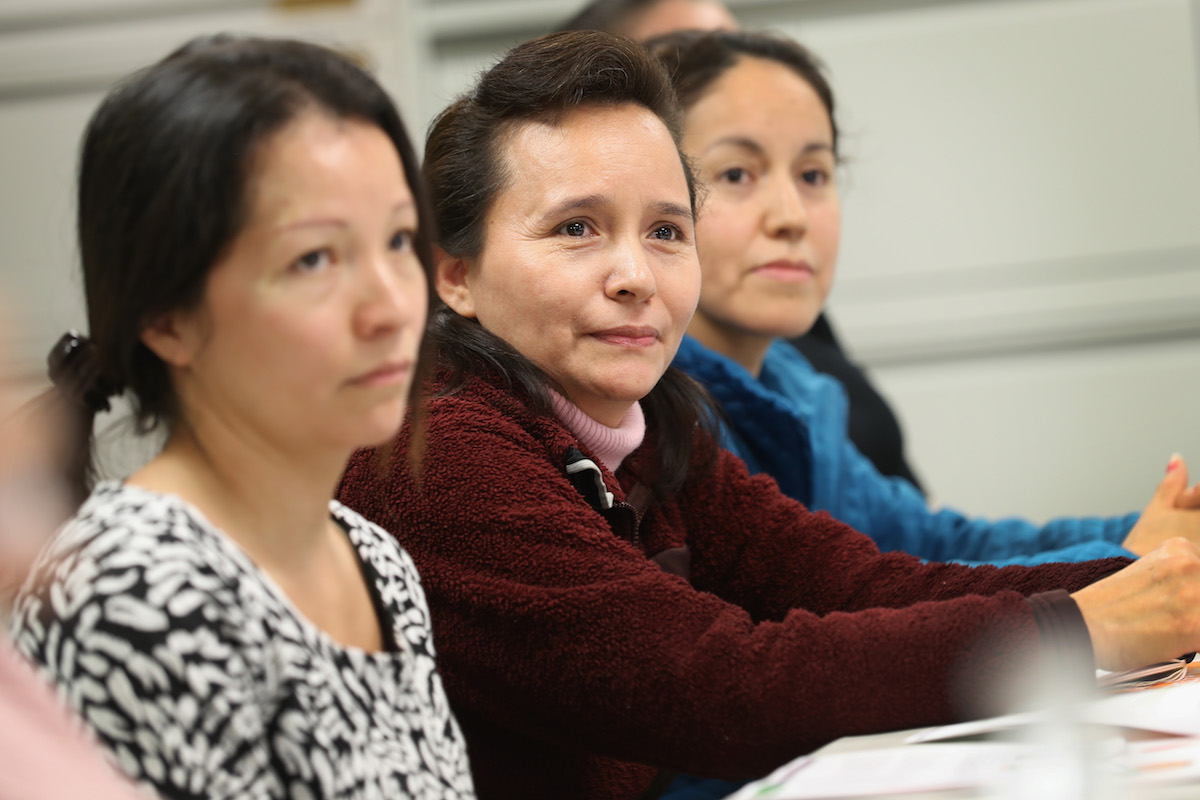 Immigrants take part in a workshop called "Me Preparo" at a community immigrant center on March 25, 2017 in Stamford, Connecticut. (Photo by John Moore/Getty Images)

A new analysis from Pew Research Center published Tuesday concluded that the “number of unauthorized immigrants living in the United States in 2015 fell below the total at the end of the Great Recession for the first time” and that Mexicans continue “to represent a declining share of this population.”

The study, co-authored by senior demographer Jeffrey S. Passel and senior writer/editor D’Vera Cohn, produced the estimates, using the latest government data. All the estimates applied to years from the Obama administration and does not include any 2017 data from the Trump administration. According to Pew, in 2015 11 million unauthorized were living in the United States. In 2009, Pew’s estimate was at 11.3 million for 2009, the year it identified as the final year of the Great Recession. Pew also gave a preliminary estimate that 2016 unauthorized immigrant population is 11.3 million, which, it said “is statistically no different from the 2009 or 2015 estimates and comes from a different data source with a smaller sample size and a larger margin of error.”

“This more recent preliminary data for 2016 are inconclusive as to whether the total unauthorized immigrant population continued to decrease, held steady or increased,” Passel and Cohn wrote. The Pew co-authors also covered other regions outside of Mexico, writing the following: “As the number of Mexicans has decreased, the number of unauthorized immigrants from other parts of the world has increased. The estimated number from countries other than Mexico declined from 5.3 million in 2007 to 5 million in 2009, but grew after that, reaching 5.4 million in 2015 and 5.7 million in the preliminary 2016 estimate.”