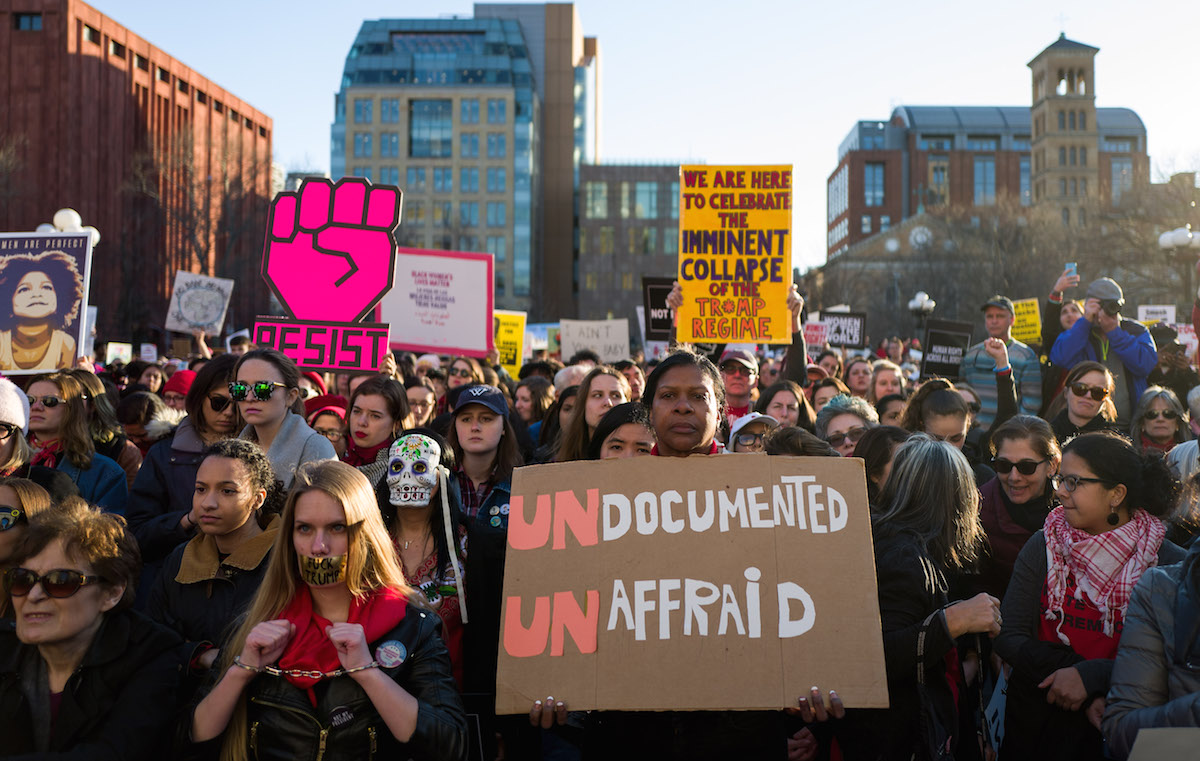 When Ana Breton attended the Women’s March in Washington D.C., she came across a group of people waving huge Mexican flags. Ana, who immigrated to the United States from Mexico, felt inspired. She went back to her job at Full Frontal with Samantha Bee, but instead of just writing comedy, now Ana decided she would have another vocation: being an activist. That same week, she heard President Trump discuss his plans to build a border wall along the U.S.-Mexico border. For Ana, that was the tipping point. She went home and created a Facebook event for her very own march, one specifically for Latinos and immigrants.

The following day when she checked her Facebook, more than 10,000 people had confirmed interest in attending. Even though Ana had little activism experience, all of a sudden she was in charge of organizing a march along with other activists who, like her, began protesting only in the last 100 days.