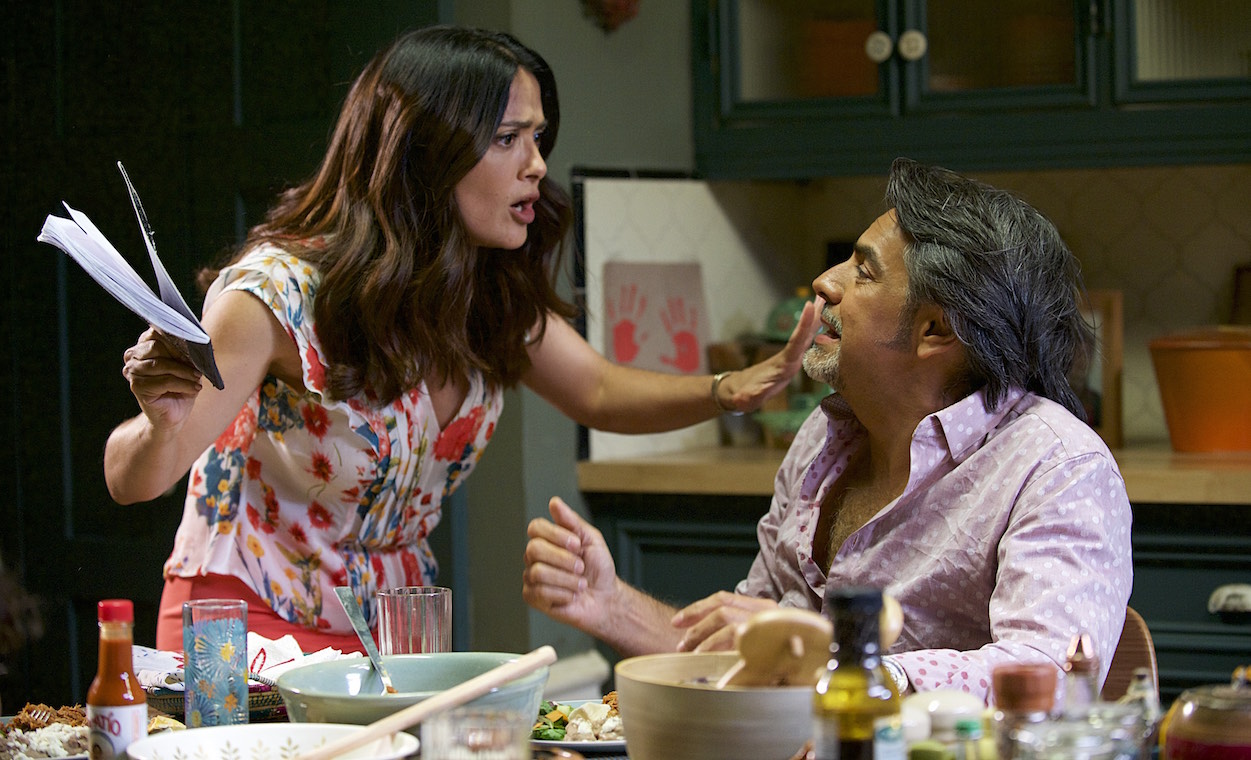 “How to Be a Latin Lover” is playing in theaters across the United States now and will debut in Mexico May 5.

Latino USA spoke with the film’s star and producer Eugenio Derbez for an upcoming episode. Tune in next week for the interview to hear him talk about the challenges of crossing over into Hollywood, the hardest part about making a movie in English and about starting fresh in the U.S.

“How to Be a Latin Lover” stars Derbez, Salma Hayek, Rob Lowe and Kristen Bell. The movie was produced by Derbez and it’s his first film in English. Despite the title, the movie is PG-13 “so you can bring your kids, your abuelitas, your tíos, el perro y el perico,” Derbez told Latino USA.

“I was aware that it was a strong stereotype in the U.S. because every time I wore a suit or a tuxedo all the Anglos they were immediately like, ‘oh the Latin lover,’ or ‘you look like a Latin lover,'” Derbez said. “So it was funny to me and I think that the best way to break down a stereotype is to poke fun at it. So I decided to make fun of the stereotype to make people understand that it’s just that a stereotype.”