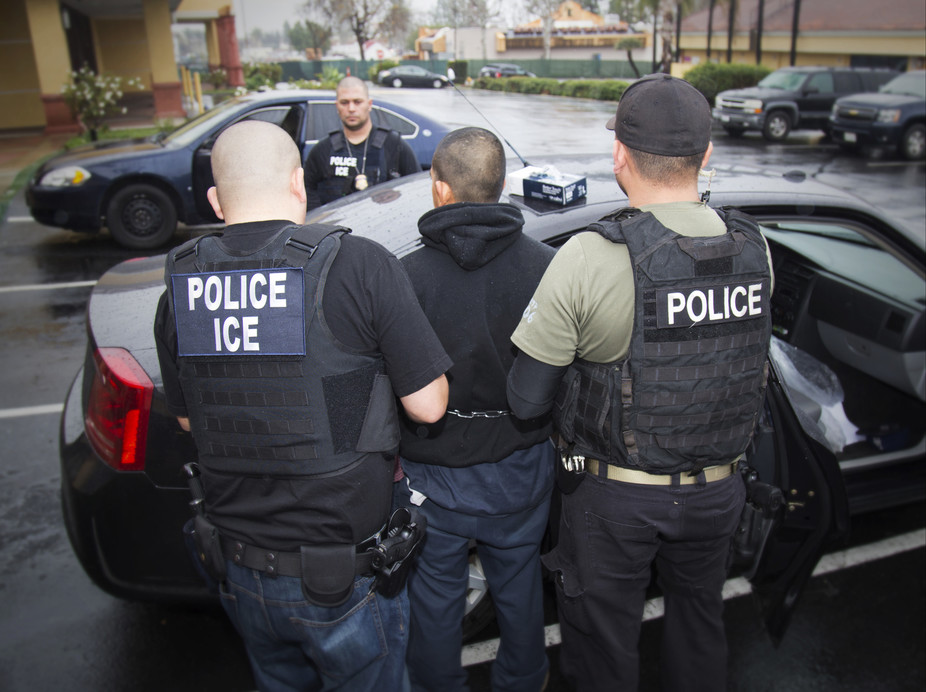 The police rely on the public to report and help solve crimes. This is especially true now that police departments face budget cuts and increasing demands on their time—an environment that pressures police to get things done through innovative partnerships with citizens.

But cooperation and partnerships rely on trust, something that’s in short supply between citizens and police. Public perception of the police and public engagement with immigrant communities are two areas we study, so we were interested in how forceful calls from local politicians and the Trump administration for the police to enforce immigration laws could impact these relationships.

You often hear police —especially in so-called “sanctuary cities”— express a concern that their jobs will become more difficult if they are forced to work with ICE.

How do they know?

Let’s look at the evidence.

Police-ICE collaboration across a number of states has targeted Latinos, a population already known for distrusting and fearing government.

A 2013 study by Nik Theodore of the University of Illinois at Chicago found that 45 percent of Latinos were unwilling to voluntarily offer information about crimes. Seventy percent of undocumented immigrants are unlikely to contact the police if they are victimized by crime. They feared being asked about their immigration status and possibly deported.

This fear predates the current ICE debate. A study of battered female immigrants in Washington, D.C. in the 1990s found that these women chose to suffer in silence rather than involve police.

Judges, too, have expressed concern about police acting as immigration agents. In 2014, in Utah, a federal judge blocked parts of House Bill 497, a bill the ACLU described as “Arizona-style,” a reference to possibly the toughest anti-illegal immigration law in the nation. Utah HB 497 allowed police to verify the immigration status of anyone they stopped if there was “reasonable suspicion the person was an illegal alien.” In other words, foreign-born residents of the United States could be detained by police simply because of their appearance or accent. The judge feared that this police cooperation with ICE would cause “irreparable damage.”

The fact is that minorities have more negative views of the police than whites do. These views can be improved by familiarity with an officer they know by name or through friends or family.

Some research suggests that immigrants have a higher opinion of police than native-born residents, although the immigrant’s country of origin and prior experience with police play a role.

For example, Robert Davis of the Rand Corporation and Nicole Hendricks at Holyoke Community College conducted a telephone survey of Seattle residents. They found that immigrants –more than native-born Americans— had favorable views of American police. Sixty-two percent of immigrants compared to only 47 percent of nonimmigrants viewed police as partners in solving community problems. Still, most immigrants refuse voluntary contact with police–even, in one case, when being robbed at gunpoint.

It is worth noting that immigrant communities have lower crime rates than nonimmigrant communities. This means that deporting immigrants does little to promote public safety. This may seem counterintuitive when the Trump administration advocates deporting “criminal aliens” —those in the country illegally who have engaged in crime— to keep communities safe. But research shows that public safety may in fact be undermined when police act as immigration enforcers, especially among those whose only crime is the lack of proper paperwork.

A tough stance toward enforcing immigration laws can make immigrants, as well as the general public, cynical toward police, weakening their trust and legitimacy. Police are right when they say forcing them to work with ICE will make their job harder.