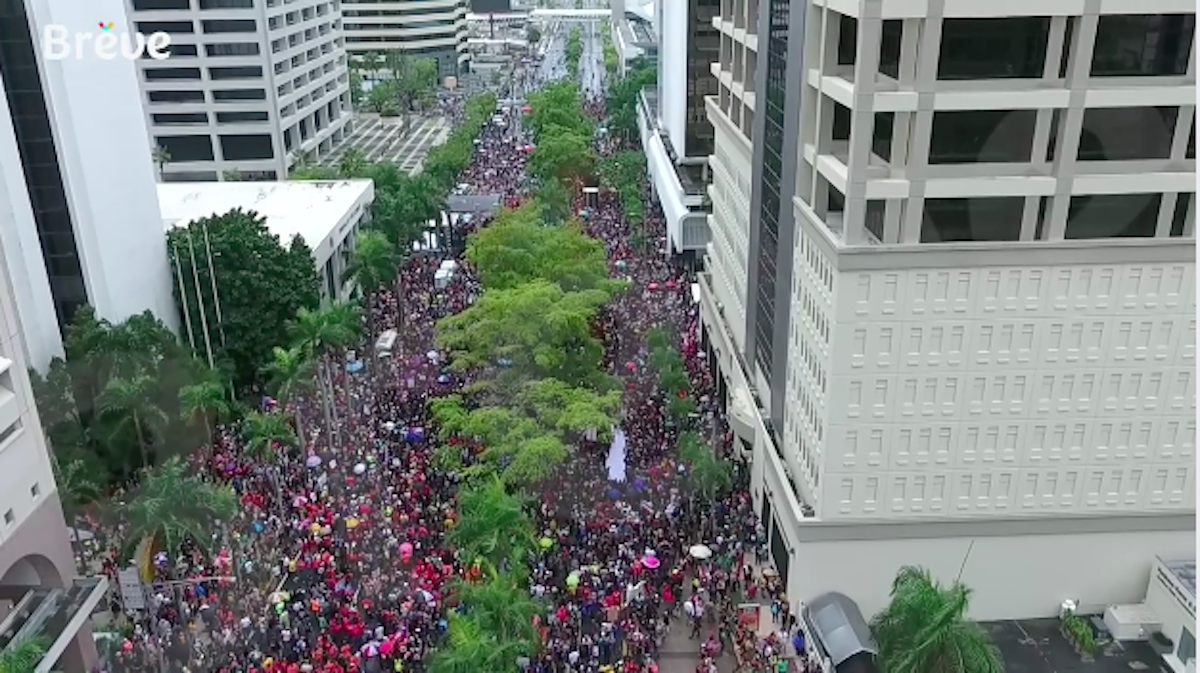 Latino USA has been following the economic situation in Puerto Rico for the past few years (see the 2016 “Puerto Rico Underwater” episode for a summary), and the last few days have seen several new developments. Here are five things you should know about what is happening on the island right now.

Bloomberg reported on Monday that major holders of Puerto Rico bonds have said no to a deal from the Puerto Rican government that was trying to restructure its $70 billion debt.

“Investors spurned Puerto Rico’s restructuring offer, according to a filing released over the weekend, when Congress also reached a budget deal that would provide $295 million to help keep the island’s health-care system running,” Bloomberg wrote. “The steps suggest that investors may anticipate better recoveries through bankruptcy-like proceedings, known as Title III, and indicate greater willingness in Congress to aid the distressed territory.”

The rejection of the deal happened before the government missed its May 1 debt payment deadline imposed by the federally-appointed fiscal control board.

With the May 1 deadline missed, lawsuits against the government became a reality on Tuesday. According to Baron’s, “the day after a provision of Promesa that protected Puerto Rico from lawsuits expired, bondholders have launched suits. Senior Cofina bondholders filed suit Tuesday and Ambac Financial Group (AMBC) did as well.”

Despite tweets from President Trump last week saying that a new federal budget should not help Puerto Rico’s Medicaid funding problem, the federal government is ready to give the island short-term relief package of about $296 million.

The move would help about 900,000 people who were close to losing health care. This is a short-term solution, since the 2016 PROMESA legislation didn’t really address the Medicaid funding shortage for the long term.

All this talk about missed deadlines and lawsuits is raising the possibility that Puerto Rico will finally declare bankruptcy, according to the Associated Press.

“Puerto Rico could soon announce a historic, bankruptcy-like procedure to restructure a portion of its $70 billion debt” the AP wrote. “By comparison, the U.S. city of Detroit had $9.3 billion of obligations when it filed for bankruptcy in 2013 in the biggest U.S. municipal bankruptcy ever.”

On May 3, Puerto Rico formally began the process to seek bankruptcy protection.

The economic news and failed deadlines and threats of massive cuts to public services and higher education coincided with the news of an organized national strike on Monday. Thousands protested, police clashed with protesters and arrests were made for acts of vandalism.

The following video shows an aerial view of one of the protests.

2 thoughts on “Debts, Lawsuits and Protests: Five Things You Need to Know About What’s Happening in Puerto Rico Now”