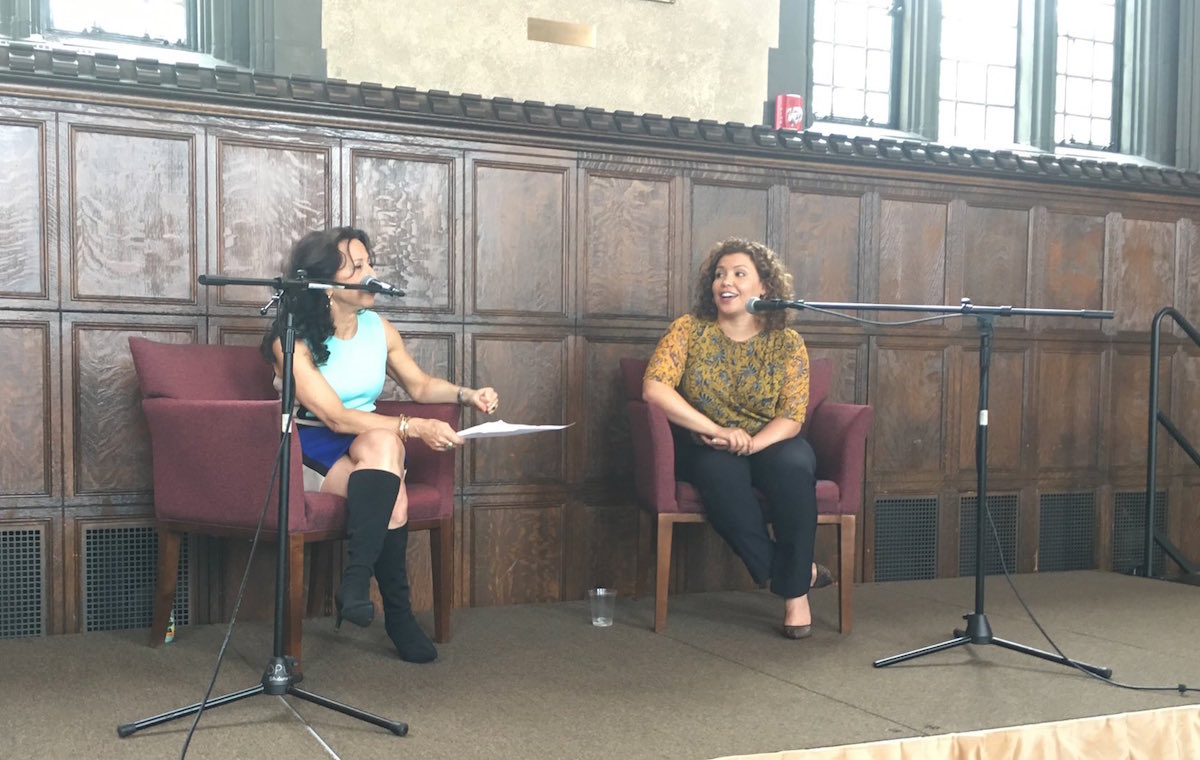 In a live In The Thick event, One Day at a Time star Justina Machado sat with Maria Hinojosa for a one-on-one interview where the two discussed her character in the sitcom, the diversity of the Latino experience in the U.S., and how growing up in Chicago made her courageous.

“I never thought I couldn’t do something and my mother showed me that. She went back to school and she became a nurse and she worked at Casa Central until she just retired,” Machado told the audience as they cheered her on at Chicago’s DePaul University.

Machado, a Chicago native of Puerto Rican descent, said she was exposed to variety of ethnicities and income classes as a child. “I love the city of Chicago for [its diversity] because you can’t help but be surrounded by all different sorts of people, so that’s why I think Chicago makes you brave.”