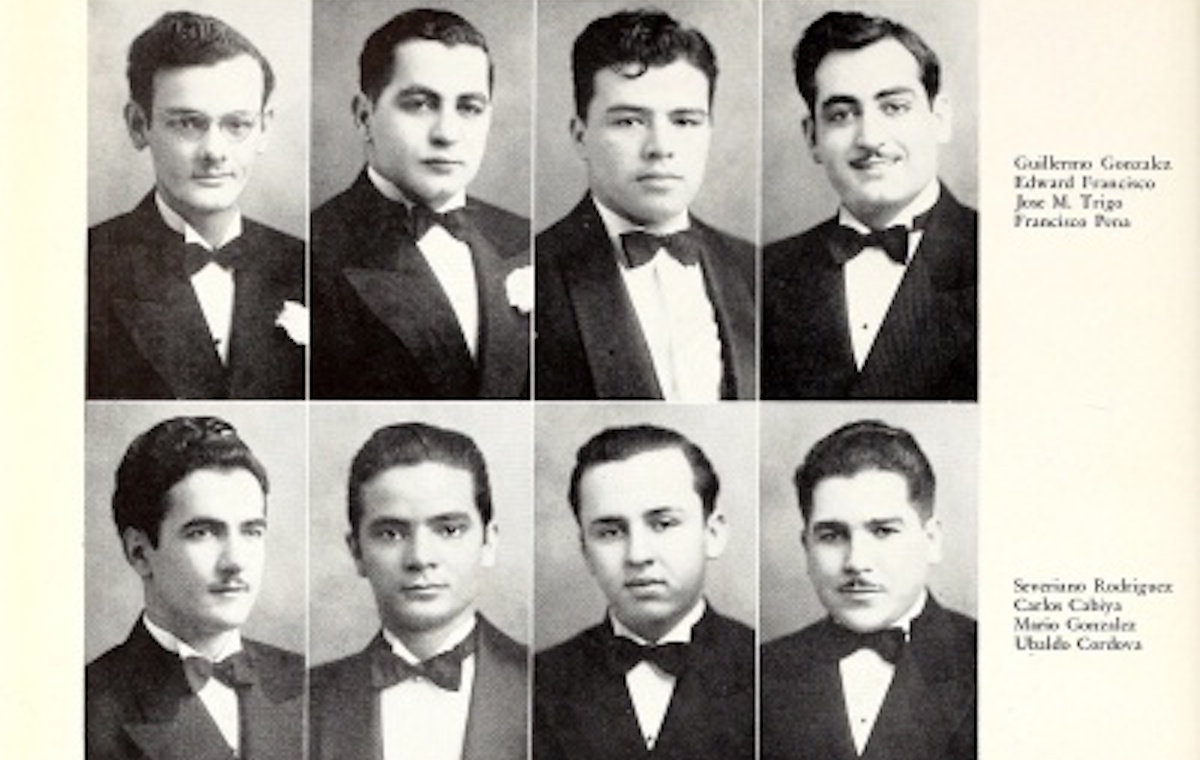 The stereotypical image of a fraternity may be a bunch of white guys in togas chugging beer, but the way the members of Phi Iota Alpha —the longest existing Latino fraternity— presented themselves is very different. The fraternity, commonly referred to as “Phiota,” was holding its national leadership and recruitment retreat at the University of Texas at Austin. Even though the sun beat down on the heat-trapping brick pathways, the members were dressed in formal suits, many of which were one size too big.

The students gathered in an auditorium. Steven Andrade, a police officer and Phiota alum, led the students in a recruitment exercise. The newest members were told to stand in a line at the side. Steven would go on to act out the kinds of students they would run into on campus: the guy glued to his phone, the anti-frat guy, the guy who is here just to party, etc. One by one the new members would step up and try to get his attention and convince them to want to join the fraternity. After a lot of use of the word “bro” and self-conscious chuckling, the exercise was over. Steven told the boys that they did well, but that they had to continue to practice their talking points. He also told them he should look out for students wearing soccer jerseys and rosary beads because they are more likely to be interested in a Latino fraternity.

Greek life in the United States predates the country’s declaring independence from Britain. Colonial men in colleges united to create a space in which they would discuss issues that were not talked about in the classroom, including freedom from Britain. Phiota was also founded around intellectual principles. Students from Latin America who came to the U.S. to study in the 1930s created Phiota around the concept of Pan-Americanism: the belief that the countries in Latin America should unite to create a single political entity. Most of the first Phiota members came from well-to-do families in Latin America. Phiota members went on to become presidents of Panama, Honduras and Colombia.

But then in the 1970s all of Phiota’s chapters closed down because of lack of membership. Greek life in general had become less popular starting in the 1960s because of the counter-culture movement that had swept many college campuses. But fraternities and sororities came back with a vengeance in the 1980s and as traditional Greek life grew in popularity, so did multicultural Greek life—frats and sororities geared towards students of color.

In this environment, Latino students at Rensselaer Polytechnic Institute in New York discovered the history of the Phiota at the college in 1984 and reestablished the fraternity. But the new members of Phiota were different than the previous brothers. They were not elites who intended to get their degrees and return to Latin America, but rather first generation children of immigrants from Latin America and migrants from Puerto Rico, who planned on making their lives in the U.S.

Today multicultural Greek life is an attractive option for many Latino students for many reasons. It is often significantly cheaper than the traditional fraternities. Where as a “traditional fraternity” can cost in the neighborhood of $3,500 for a year in dues, Latino frats can be just $300 a year.

In addition, there are cultural and social reasons Latino students look to Latino Greek life. Part of Phiota’s initiation process includes learning about Latin American history, which is something many brothers say they value—especially since many feel they had not been taught their history in U.S. classrooms. Plus, there’s the issue of retention, a major issue for Latino college students. In 2014, less than half of Latino men enrolled in college graduated within six years, according to the National Center for Education Statistics. The fraternity takes its mission of keeping grades up and providing mutual support for the brothers very seriously. And, this is ultimately this is the part that Phiota alumni and board of trustees are most concerned with.

“I can tell you from conversations that we’ve had with higher education administrators, our counterparts, that we are an integral part in the retention of Latino males in institutions of higher learning,” Giovanni Abril, a Phiota trustee said.

View all of Latino U