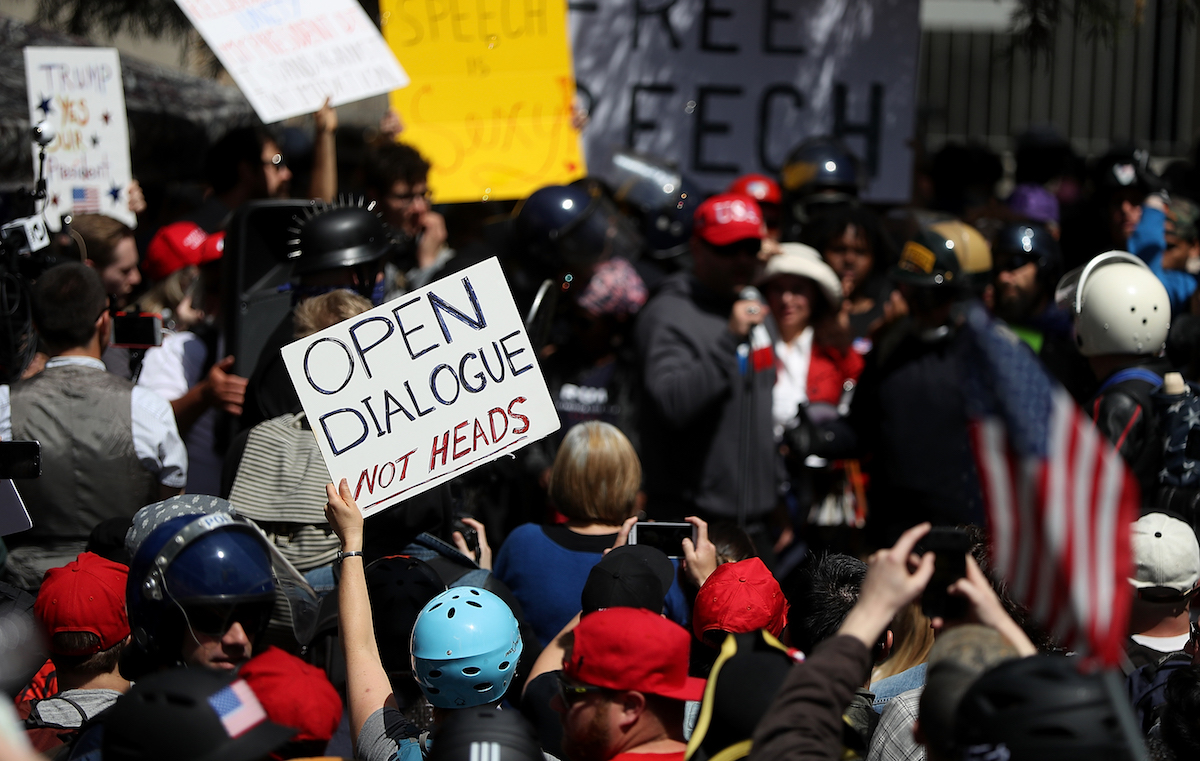 UC Berkeley, Yale University, University of Chicago—across the country student protests have been erupting over controversial speakers visiting campus, and the trend of schools being pressured into disinviting those speakers is on the rise.

Student protests on college campuses is nothing new. College students helped lead the charge in the 1960s during the civil rights movement, the feminist movement of the 1970s, and the anti-apartheid movement of the 1980s.

But what sets this current wave of student protests apart is the unique political and social context that we’re living in: colleges and universities have more students of color on campus than ever before. And add a dash of social and political tension from this contentious presidential election, and now students on both sides of the aisle going head to head, with progressive students protesting controversial and often times conservative speakers coming to the school, while conservative students and faculty argue they have the right to speak what they think, even if it offends.

Lately, “safe spaces” on campuses have become a hot-button topic.

Safe spaces are places where people can feel protected from discrimination, criticism, harassment, or any other emotional or physical harm. In the United States, the idea of safe spaces came from the women’s movement and largely the LGBT community.

Mainstream news outlets have been talking about safe spaces in light of all of the student protests: progressive students protesting against Ann Coulter coming to campus at UC Berkeley, students calling for a Yale professor’s termination after he said students have the right to wear whatever Halloween costume they want, even if they are offensive. And the list goes on.

Many of these progressive students say people doing or saying certain things make their campus hostile to them, both emotionally and physically, and that it’s the school’s responsibility to provide a safe learning environment for all.

But on the other side of the picket line stand people who believe that it’s not the progressives who are under attack, but conservative students, whose ideologies are coming under fire in an age of allegedly unprecedented political correctness. Conservative students argue that the environment on campus amounts to censorship.

So is it the school’s responsibility to provide an emotionally and physically safe learning environment for all, even if it means disallowing certain language and conversations? Or is the purpose of college to confront an array of ideas and opinions, even those that one may view as offensive, and potentially triggering?

Latino USA decided to tackle this topic from all angles. We hear from Arianna Reyes, a junior at Middlebury College who helped organize the protest of Charles Murray, controversial author of The Bell Curve. What went from a peaceful protest resulted in a professor getting treated for a neck injury, and reports of the college’s security and staff acting violently toward the student protestors, resulting in many getting shoved to the ground, and one student almost being run over by a car.

We also hosted a roundtable with Lawrence Ross, an author and lecturer on the topic of racial inclusion on college campuses, Bill Deresiewicz, who is a critic of the culture of political correctness at universities, and Enrique Zalamea, a junior at the University of Michigan, where he’s president of the College Republicans student group.

View all of Latino U