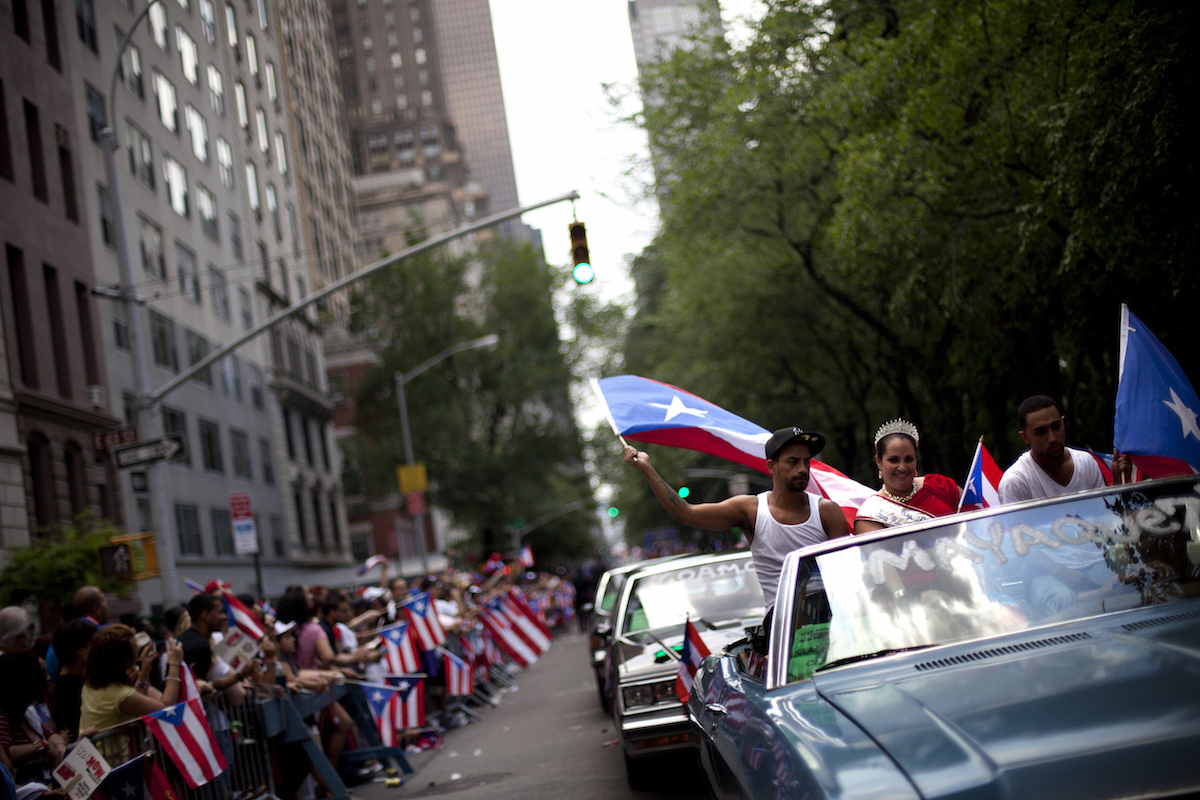 UPDATE, May 17, 2017, 6:25pmET: On May 16, Goya Foods issued a statement clarifying its position. It denies that a letter specifically mentioning Oscar López Rivera was ever written by Goya and that the initial May 15 El Diario report that a letter was sent to the parade was “false and contentious.” HuffPost Latino Voices also spoke with Goya Foods. In that story, Goya said that “the letter was false and NOT written by Rafael Toro… or any employees or affiliates of Goya Foods.”

Goya Foods has ended its 60-year relationship with the National Puerto Rican Day Parade, citing a social media campaign to boycott the company for supporting a parade honoring freed Puerto Rican prisoner Oscar López Rivera, according to an El Diario story on Monday.

“This decision was a result of an aggressive social media campaign against our company and excellent products, giving us the reason that we were sponsoring a terrorist and member of the FALN [Armed Forces of National Liberation], whose name is Oscar López,” read part of a letter that El Diario said Goya Foods sent to the board members of the parade. (Latino USA translated the Spanish text of the letter that El Diario reported.)

Since the El Diario story was first published on Monday, a reference to the Goya letter has since been scrubbed from the story. A cached screen grab from the Monday story still shows reference to a letter from Goya Foods and the quote in Spanish that Latino USA translated (a Goya Foods May 16 statement said that the El Diario report of a letter was “false and contentious”). In a statement shared with media on Tuesday, the parade’s board did not mention that Goya Foods had sent a letter as to why the company had ceased its sponsorship or that it was because of López Rivera, whose sentence was commuted in January by President Obama and who is being honored at parade’s 2017 edition on June 11 in New York City.

“We are very disappointed at Goya for pulling out of our Parade via a phone call and with no rationale other than ‘it was a business decision.’ We have learned more through the press, since we have not yet received any official notification, in writing.” the statement read. “After a 60-year partnership, we would expect to, at the very least, discuss this very serious matter face-to-face. In the end, Goya is jeopardizing the Parade’s commitment to 100 college and college-bound students who stood to receive Parade scholarships.”

Multiple calls and messages to Goya Foods’ public relations team from Latino USA to respond to the parade’s Tuesday statement have not been returned. On Tuesday night, The New York Daily News reported that Goya Foods’ spokesperson Rafael Toro attributed the decision to a “business decision.” There was no mention of López Rivera.

López Rivera’s history has been a contentious one within the Puerto Rican community. He served 35 years in federal prison on charges of “seditious conspiracy” to overthrow the United States government before having his sentence commuted. López Rivera is now a free man, and the parade board announced a few weeks ago that he was being given a “National Freedom Hero” designation by the parade. Earlier this year, Latino USA dedicated an entire hour to López Rivera’s story, which centered around the violent history of the pro-independence FALN during the 1970s (responsible for setting off more than 70 bombs in American cities) and his federal case.

On May 7, an online petition to the parade asked that the “National Freedom Hero” designation not be used for López Rivera. As of this posting, the petition has received 1,375 signatures. Supporters of the petition also noted that a #NoAwardForOscar hashtag was on Twitter, but that had generated only nine tweets so far since May 9. Twitter mentions of “Goya” and “López Rivera” were also minimal since May 7, as well as “Goya boycott.” In addition, the group “Jóvenes del Partido Nuevo Progresista” (youth of Puerto Rico’s pro-statehood party), cited by El Diario as the social media organizers of the Goya boycott, is rarely mentioned on Twitter or on Facebook. However, there are a few examples of pro-statehood supporters criticizing the parade. Goya Foods’ Facebook page, however, contained multiple comments, both in favor of the company’s decision to stop sponsorship and against it.

“Goya has announced that it will not be sponsoring the parade this year,” Jorge Bonilla posted on the company’s Facebook page. “Thank you Goya for listening to the people that have supported you for decades. We hope that the parade organizers re-think their strategy of radicalizing the activity by making it a celebration of violence.”

“Boycott #Goya. For decades they’ve made billions from Puerto Rican consumers and now they bail out from the Puerto Rican Nationalist Parade because the parade is honoring #OscarLopez,” wrote Yuizana Ortiz.

On Monday, New York state senator Ruben Diaz placed the blame on Goya’s decision directly on the parade’s new leadership, an allegation the parade board has not yet directly addressed.

According to Goya, the company has been involved with the parade since the very first parade in 1958. In the following video from 2014, Toro said the brand was “synonymous” with the parade.