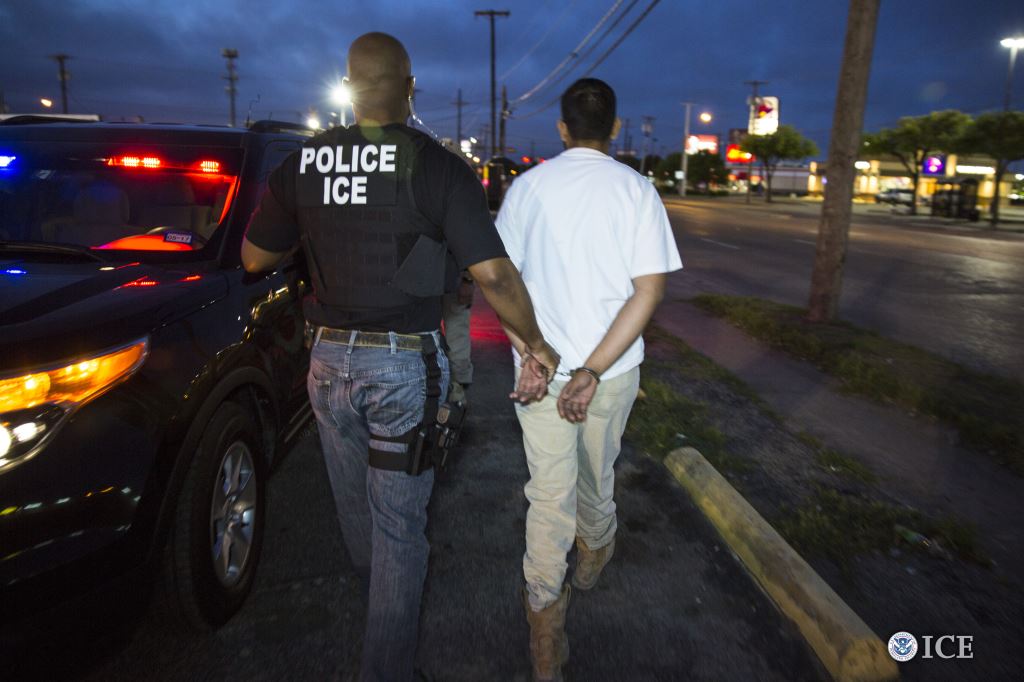 A new media release from U.S. Immigration and Customs Enforcement (ICE) highlighting President Trump’s 100 days in office said that immigration arrests from January 22 to April 29, 2017 increased 37.6%, when compared to the same timeline in 2016. “These statistics reflect President Trump’s commitment to enforce our immigration laws fairly and across the board. ICE agents and officers have been given clear direction to focus on threats to public safety and national security, which has resulted in a substantial increase in the arrest of convicted criminal aliens.” ICE acting director Thomas Homan said in the release. “However, when we encounter others who are in the country unlawfully, we will execute our sworn duty and enforce the law. As the data demonstrates, ICE continues to execute our mission professionally and in accordance with the law, and our communities will be much safer for it.”

According to ICE, “nearly 75 percent of those arrested during this period in 2017 are convicted criminals, with offenses ranging from homicide and assault to sexual abuse and drug-related charges.”

Although the ICE arrests listed in the latest release reflect an increase from 2016, the 41,318 individuals arrested from January 22 to April 29, 2017 are more in line with statistics from 2014 and earlier: