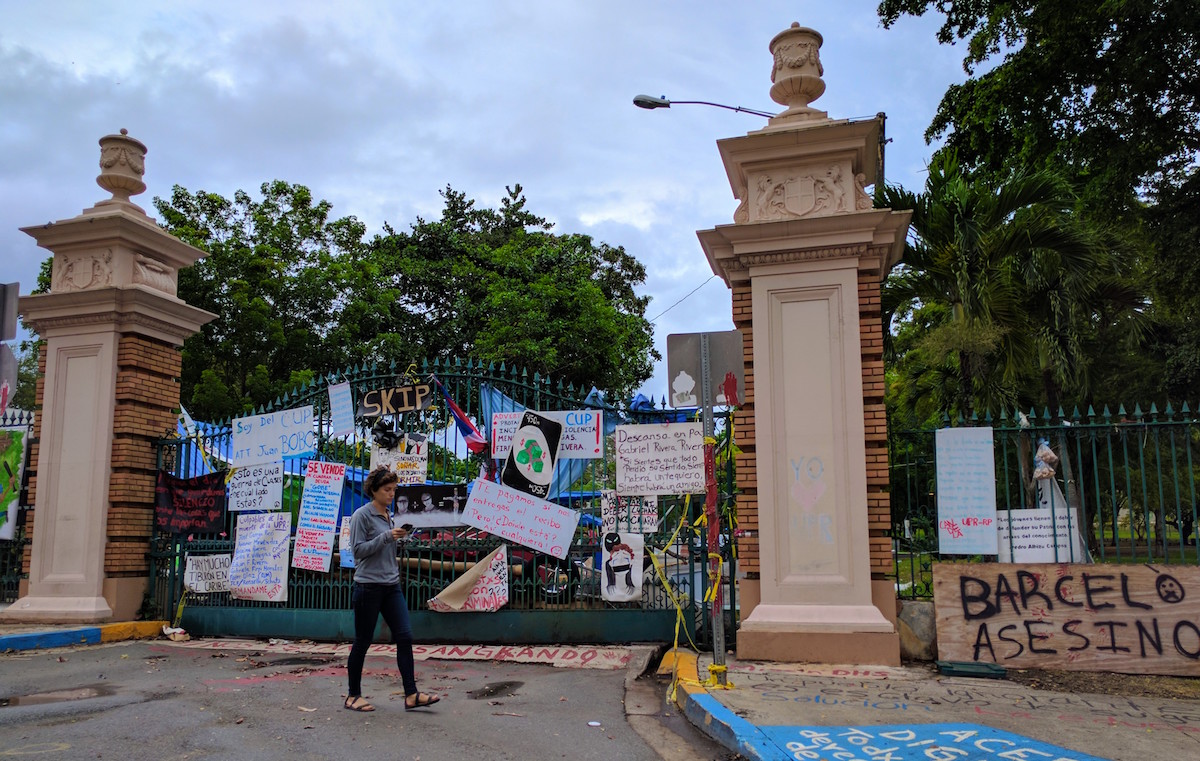 This week on Latino USA, we catch up on what’s going in Puerto Rico, from the strikes at the University of Puerto Rico, to negotiations over the debt and the upcoming status referendum.

While Puerto Rico continues to figure out how their $120 billion dollar debt and pension obligations are going to be restructured and paid off, people on the island have been protesting the methods used by the government to do this.

The main protesters are students from the University of Puerto Rico, who shut down the college campus a month ago and started a strike.

In an attempt to lower costs and pay off the debt, the government of Puerto Rico slashed 20 percent of the university’s operational budget. So far, this has been the biggest budget cut done to any public entity in the island. This left students and people in the island feeling uneasy.

“It’s a very divided issue. But I think that if there’s something all the university’s community can agree on, is that the University of Puerto Rico cannot undergo the cuts that are being proposed right now,” said Fabiola Pagán, the general director of Pulso Estudiantil, a student-run publication who has been covering the strikes closely.

“The challenge for the university, dealing with these demands, is that they are not under the university’s control. So these students are really using the university platform to really complain that the United States Congress is not doing anything. If anything it’s using more of our limited resources,” said Carlos del Río, vice president of the University of Puerto Rico board.

Budget cuts and other austerity measures have made students and Puerto Ricans in the island upset. Labor unions and thousands of people joined the students on May 1, International Worker’s Day, for the largest of these protests so far.

The demonstrations focused on two demands.

Even though nobody really knows who vandalized the buildings, one thing is clear. Many Puerto Ricans have had enough.