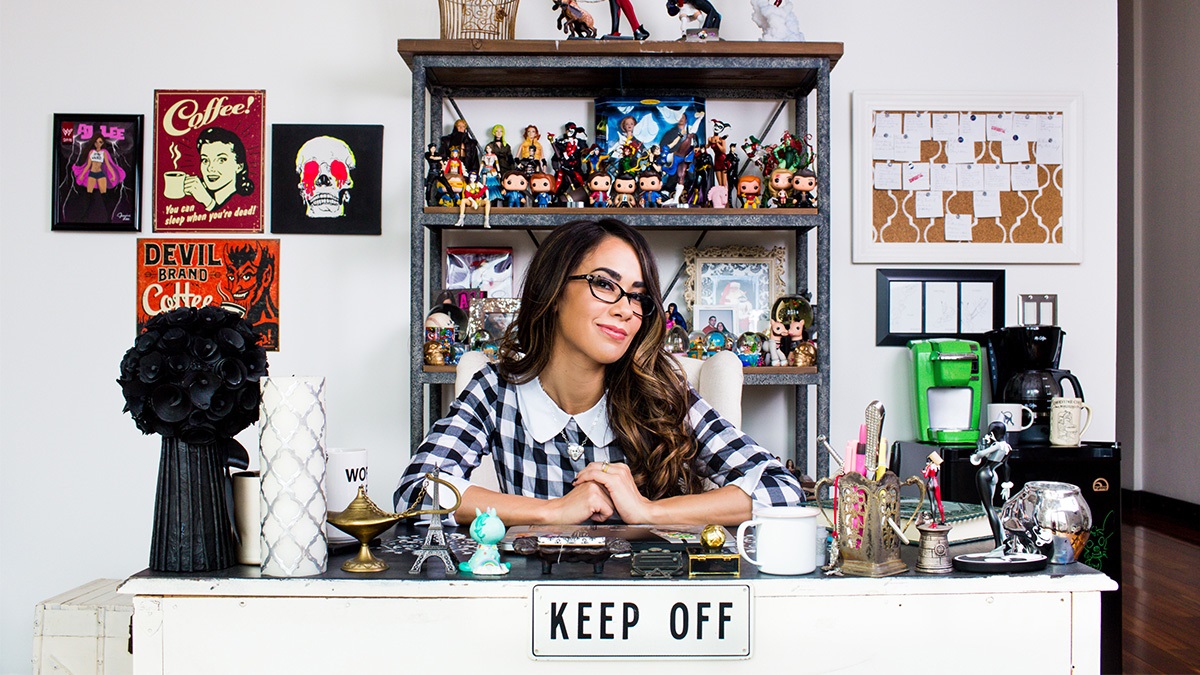 Growing up in New Jersey, AJ Mendez Brooks, or “AJ Lee,” had to fight from an early age. Her family was evicted over and over, constantly struggling to have enough money for food and housing, while her parents fought violently. Mendez Brooks’s love for wrestling and comic book superheroes became an escape, so it’s no surprise that she grew up to be a professional wrestler in the WWE. A three-time Divas champion, her successful career played her as an unpredictable, crazy woman who delighted in teasing her opponents and finishing matches with her signature move, “the Black Widow.”

But outside the ring, Mendez Brooks was learning to deal with another type of opponent—bipolar disorder. She says that in a way, wrestling was a release for the chaos inside her and an expression of the violence she witnessed as a child. She now speaks openly about mental illness and the need to reclaim the word “crazy.” Her new memoir, Crazy Is My Superpower, came out last month.